7 ancient riddles which managed to be solved quite recently 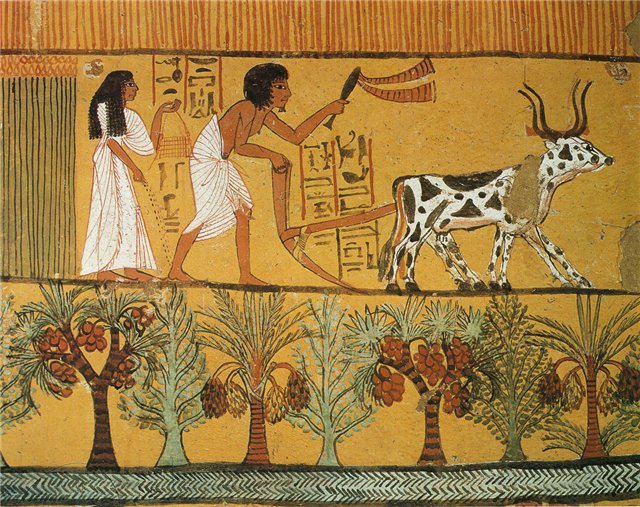 Ancient people as though purposely did everything to confuse the descendants: will build huge constructions of a vague purpose, in unclear language will write a lot of anything on stones, and, happens, will take and will die out without seen on the reasons. However, modern scientists nevertheless understood some riddles of antiquity! 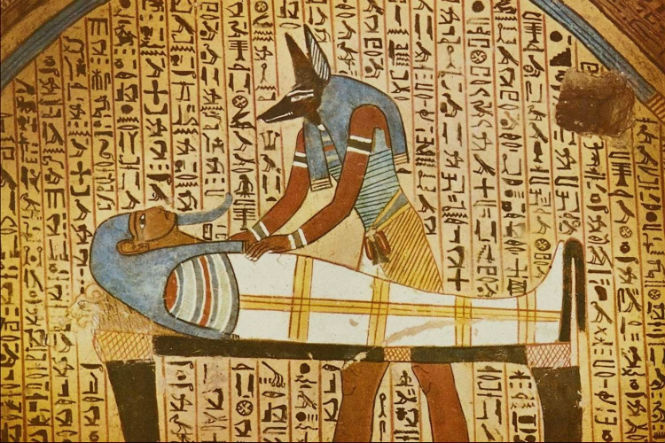 As all of us remember at the rate of story with geography (and according to photos from issue of colleagues), Egypt is in the desert. From living creatures there only lizards and gloomy people with at least gloomy camels. However frescos in tombs, a carving on a stone, contents of myths and other strong evidences demonstrate that in Ancient Egypt with fauna everything very much was even good. In only one drawings archeologists counted 37 animal species. Where all this fauna now?

The reason was quite explainable logically: Egypt gradually there attacked the desert, and lions, antelopes of a gnu, zebras and jackals just couldn’t adapt to climate changes and died out. 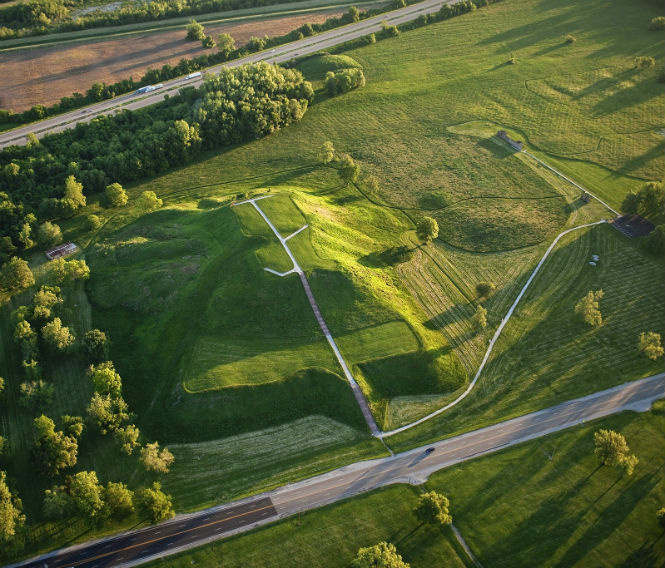 About 1000 years ago in the territory of North America which can be represented the country of the woods, prairies and wild Indians there was this megalopolis — Cahokia. On the area of 15 square kilometers 109 barrows at top of the highest of which there was a temple were located. The city was surrounded with a reliable paling. Its inhabitants, those wild Indians, did business all continent (about what witness the tips of arrows from all corners of North America found in burials of Cahokia). The population of Cahokia constituted 40 000 people that was more, than in London or any other European capital. And, by the way, the first city in the USA with the same quantity of the population appeared in the 19th century.

Cahokia existed approximately till the 13th century. To arrival in America of Columbus it was already thrown and uninhabited. Scientists pushed different versions of what led to decline of once great city. Among guesses were: disappearance in the woods of a game (because of excessive hunting of citizens), political squabbles and a natural disaster.

Closest to the truth there were supporters of the latest version. In the research published in the Proceedings of the National Academy of Sciences magazine, scientists Sam Munyos and Eyluard Williams provide proofs of the ancient flood which happened about 1200 AD. Possibly, it became the beginning of decline of the city. Computer modeling showed that the Mississippi level rose by 10 — 12 meters, it ruined crops that, in turn, led to hunger and reduction of the population. About 1400 inhabitants left the city and began to migrate in other parts of the continent. 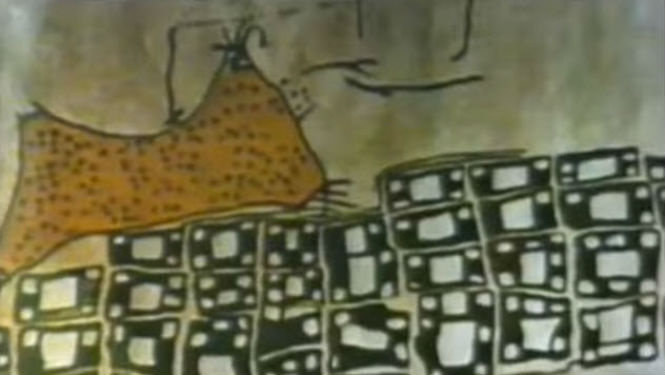 The archeologists working in caves of Cappadocia in Turkey were surprised, having found the abstract images reminding if not a masterpiece of modern painting, then, at least, patterns of east carpet on walls. In the 1960th when images were only found, scientists decided that before them the oldest world map or, more precisely, site plan of the settlement of Chatal of an example of 9000-year.

The last researches showed that the mysterious picture represents the documented certificate of a volcanic eruption: black cages are houses, and indistinct objects nearby — lava flows from the mountain Hassan which those years was an active volcano. Having analysed magmatic breeds, scientists came to a conclusion that the volcanic eruption occurred about 8900 years ago. 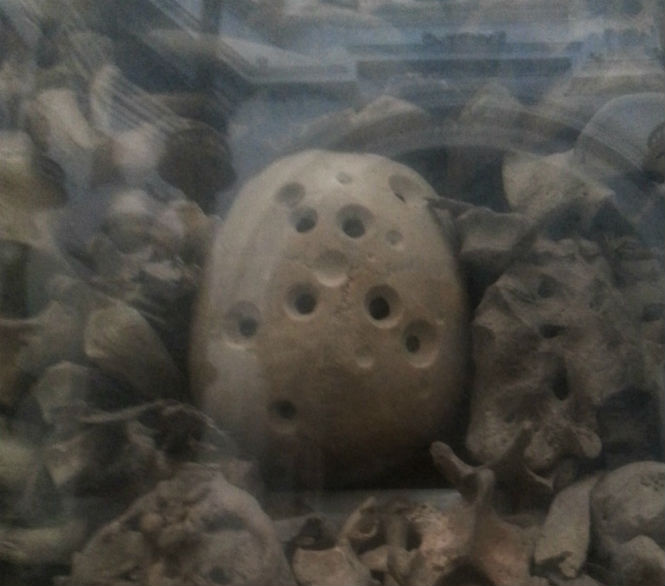 In 1480 the Apulian city of Otranto was occupied by Ottoman Turks. The most part of inhabitants was killed or stolen in slavery, but 813 men aged to 15 up to 50 years were beheaded. According to a legend, there was it because won refused to pass into Islam. In 1771 executed were ranked as patron saints of the city, and in the 2013th the father Francis canonized them.

Their relics are exposed in a city cathedral. The attention is drawn by one of skulls: in it 16 holes are drilled. Priests didn’t permit scientists to take remains on the analysis, and the mystery of a skull long time remained a secret.

Only at the beginning of 2015 the research devoted to a skull was published in the Journal of Ethnopharmacology magazine. According to his authors, holes in a skull were drilled to receive bone powder which in the Middle Ages was considered as an effective remedy from many diseases and powder from a skull of violently killed person was appreciated above, than died a natural death, and powder from a skull of the Saint in general was considered as a panacea. It is supposed that holes were drilled in the 18th century when skulls pledged in a cathedral. 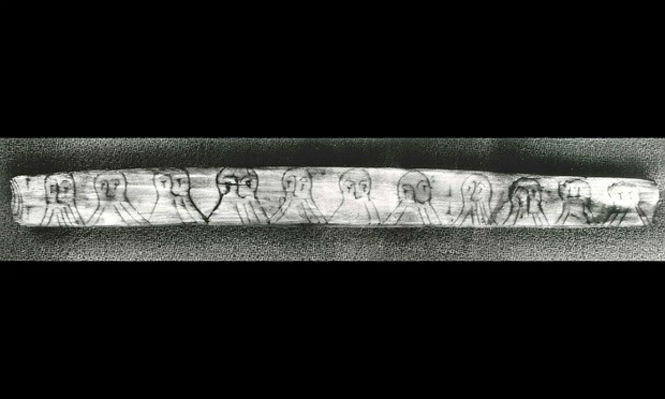 The code which received the name “yotunvellur” meets on messages in different parts of Scandinavia. Such plates were widespread, and exchanged them as modern SMS messages, scientists consider. Yotunvellur long time remained a double-Dutch. The Norwegian scientist Jonas Norbdyu when the text duplicated by different types of writing of which it was one ётунвеллур got to it split the code.

It became clear that runes registered in figures. Texts on the deciphered plates say: “A kiss me”, “Solve if you will be able”, “Runes are written by the most skillful copyist to the West from the sea”. Норбдю assumes that Vikings coded these records just for entertainment and for training in a runic font. 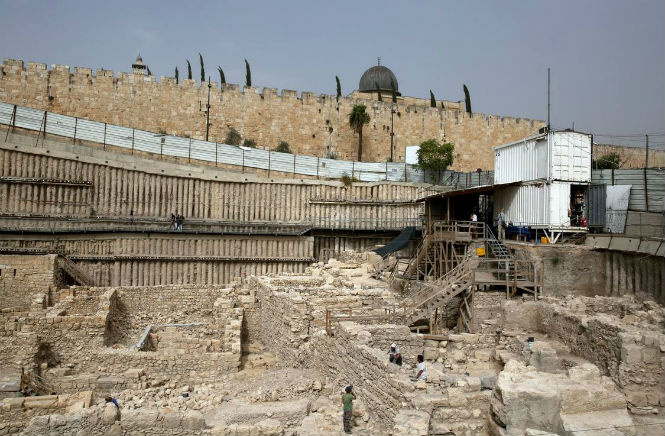 Recently the largest archaeological riddle of Jerusalem was solved: after more than century searches during excavation in the parking in Jerusalem, near David’s city, the ancient city of the Acre, more precisely, a fortification remaining balance was found. The enthusiasm of scientists was urged on by numerous references of the Acre in historical documents. Fortress was constructed by the Syrian governor Antiochus Epifan who was governing about 146 BC and carrying out a forced ellinization of the population. It, for example, turned the Jerusalem temple into Zeus’s sanctuary. It led to a turmoil in the Jewish environment. For their suppression Acre fortress was also constructed.

During one of revolts fortress was destroyed, and just now scientists managed to find fragments of strengthenings, to find weapon, ceramics and coins. 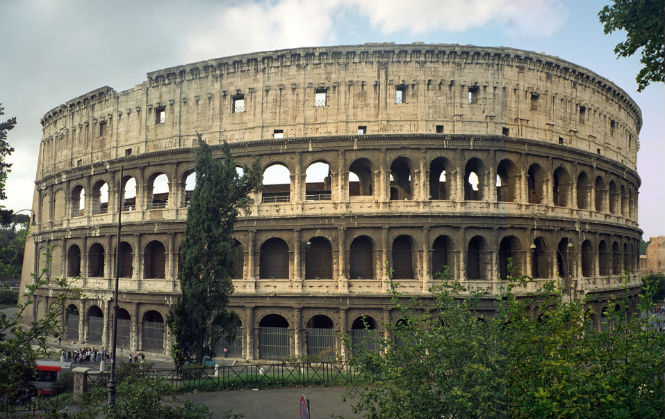 For many years scientists were occupied by the fact as ancient Romans managed to invent the concrete which on durability wasn’t yielding to modern. And here a secret at last is revealed.

Near Naples there is an idle volcano Kampi-Flegrey. Its last eruption happened about 500 years ago. A row located the town of Pozzuoli founded about 600 years ago. In 1982 because of underground processes the soil of the beginning under it to rise with a phenomenal speed. Residents had to be evacuated. However scientists became interested in the city. Pozzuoli’s phenomenon is unique: in case of tectonic processes of such force cracks and breaks in the earth are inevitable. However, in Pozzuoli nothing similar was observed. It turned out that thanks to proximity of a volcano at a depth there is a natural process similar to concrete production.

The same chemical reaction was used by ancient Romans to create the well-known concrete. The Roman philosopher Seneca, for example, noted that “dust in Puteole (the Latin name of the city) becomes a stone if it concerns water”. Commercial intercourses of Pozzuoli allowed to trade this material (he even received the name “puzzolan”) across all Mediterranean Sea.