7 entertaining facts about the terracotta army 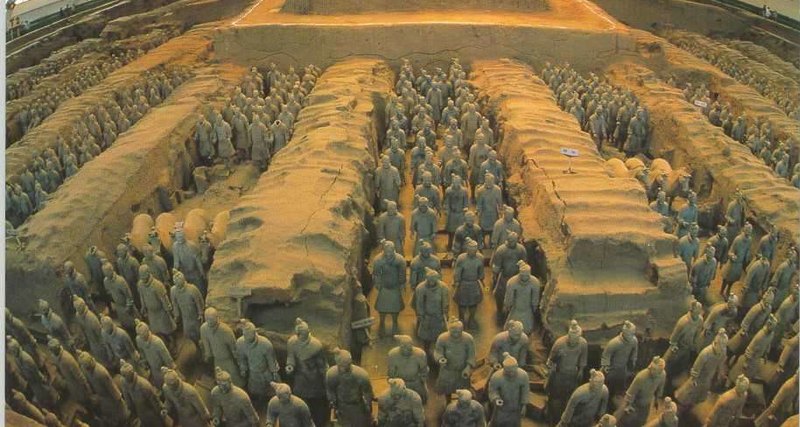 In 1974, Chinese peasants who were digging a well, suddenly stumbled upon fragments of some kind of ceramics, and then on the shoulders of a statue of baked clay. The peasants reacted to the find as befits a well-educated people, which they really were not, and reported it to archaeologists. So, after two millennia, about 8,000 statues of warriors returned to our world, accompanying Emperor Qin Shi Huangdi to the afterlife, uniting China and then becoming its first ruler with fire and sword.

The tomb of Qin Shi Huang is located near the city of Xian in the province of Shaanxi, the former capital of China during the first imperial dynasties. This is not the only tomb there. The Chinese emperors did not skimp on spending while arranging their life beyond the grave, so there are many extensive funeral complexes in those places. Some of them contained figures of people and horses, which were supposed to serve their master in the kingdom of the dead, but yet another full-fledged army of clay soldiers in human growth has never been found anywhere. However, most of the tombs have not yet been examined by archaeologists – the Chinese authorities in general are extremely reluctant to allow such treatment of the late leaders of the country.

1. The terracotta army has about eight thousand figures, concentrated in three underground corridors. This is a very rough estimate, since the statues are mostly broken and require restoration, or, quite simply, a collection of shards. Today, just over a thousand clay warriors have been restored. 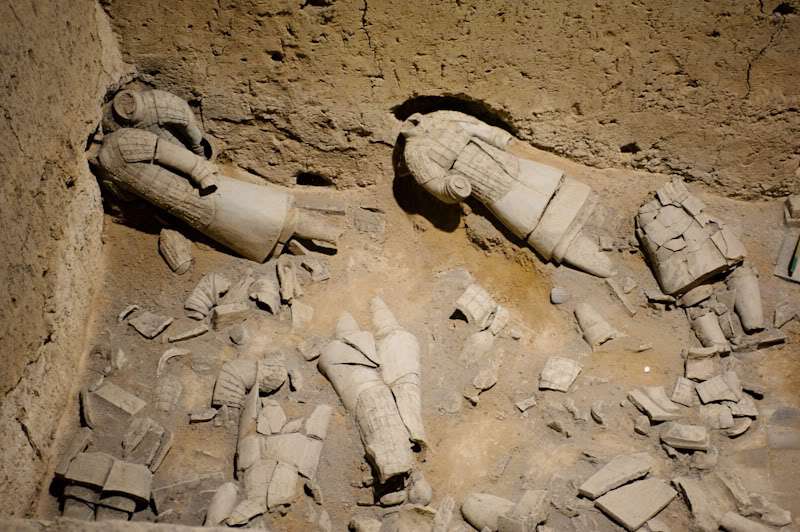 2. The details of the statues were molded from clay, burned, painted and assembled in this form. Legs and bodies were made using special forms, heads with faces, hairstyles, ears and everything else were most likely molded from nature or, in any case, individually. They are different and depict different people, most likely – real fighters of Qin Shi Huang. In addition to the infantry in the army were archers and chariots, drawn by horse sculptures, also in full size, as well as statues of civilian officials, musicians and other servants of the emperor. 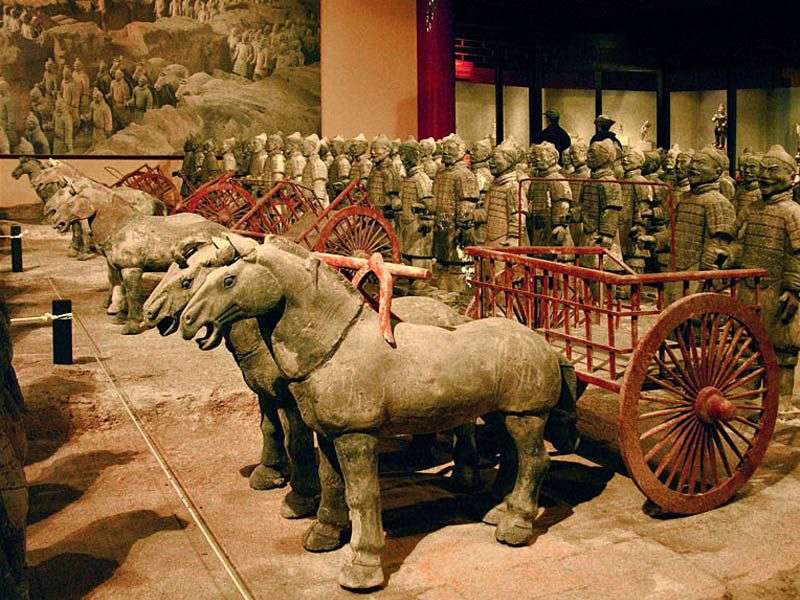 3. The weight of the terracotta warrior is about 130−200 kilogram. This is a hollow clay statue depicting an emperor’s soldier in a pose that is convenient for his weapon. Initially, the statues were painted, but two millennia under the ground affected their preservation and now the paint has remained very fragmentary. Nevertheless, the figure molded in full then ammunition gives a lot of information about how the soldiers of the 3rd century BC looked and dressed. It should be noted that in addition to ordinary soldiers in the army, there are officers of various ranks – also with full calculations. 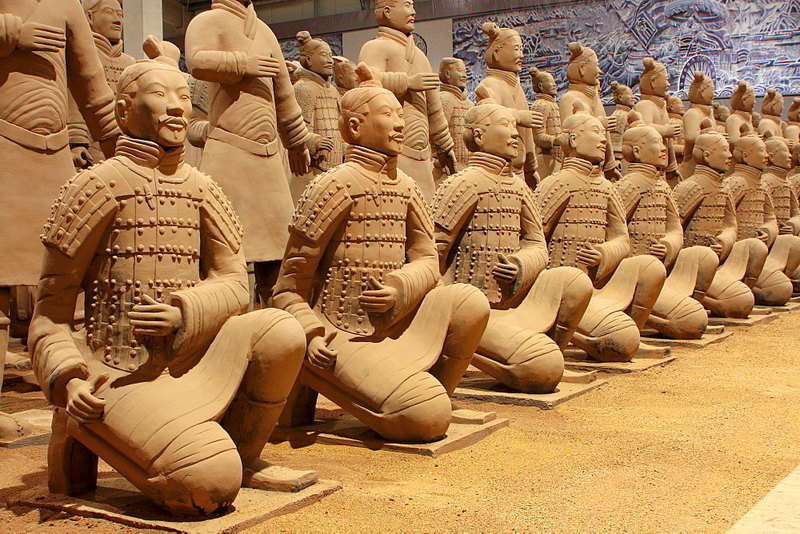 4. In case the Emperor required a solemn departure, two richly decorated chariots were buried nearby. Finally, 48 of his concubines were buried alive with him. In this case, Qin Shi Huang explicitly preferred real women to clay. The number of workers buried alive is known to be extremely approximate – no one was bothered by their exact counting. We can talk about thousands or even tens of thousands of people. It seems that the emperor wanted his afterlife to be as adjusted and abundant as the earthly one. 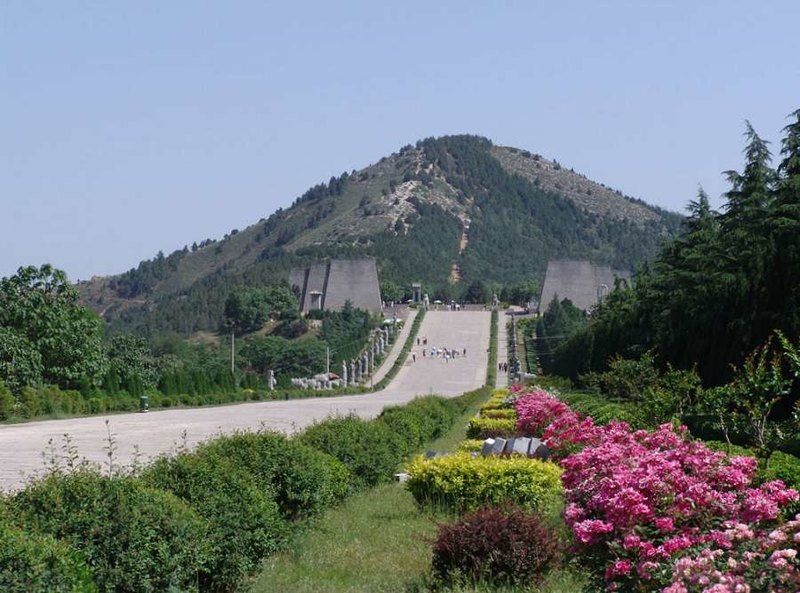 The modern look of the tomb mound Qin Shi Huang

5. Work on the construction of the burial complex began shortly after Qin Shi Huang (then he was called Ying Zheng) became the van (that is, the monarch) of the Qing state. Then he was 13 years old. By the time this complex was used, its area probably exceeded fifty square kilometers. It is more difficult to designate it more precisely – work on its contouring continues, occasionally bringing new surprises. The burial of the emperor itself has not been uncovered to this day, although its location has been established precisely.

China in the era of the warring kingdoms, immediately before Qin Shi Huang

6. Qin Shi Huang died on September 10, 210 BC. The cause of death, according to written sources of subsequent centuries, was the use of pills, which were supposed to make the monarch immortal. They contained mercury. The emperor did not want at all to become an inhabitant of his own tomb, and in the last years of his life, he spent a lot of time and money searching for the magic elixir that grants immortality.

7. The dynasty founded by the emperor was to rule China for a very long time – 10 thousand generations. However, after his death, the traditional struggle for power began during which the heirs of Qin Shi Huang were exterminated without exception, his empire disintegrated, and subsequent emperors had to collect it again. About the terracotta army, apparently, just forgotten. In any case, Sima Qian, who wrote about Qin Shi Huang in about a century, does not mention her anymore. The clay soldiers went into the darkness of oblivion after their sovereign. 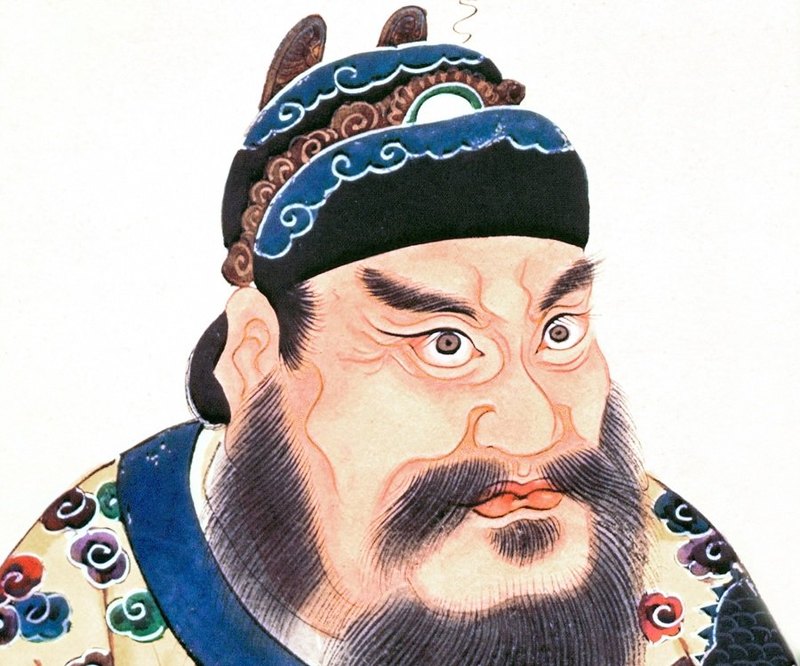 Portrait of the emperor. The degree of similarity is unknown.