A giant statue, recently found in Egypt, depicts not Ramses 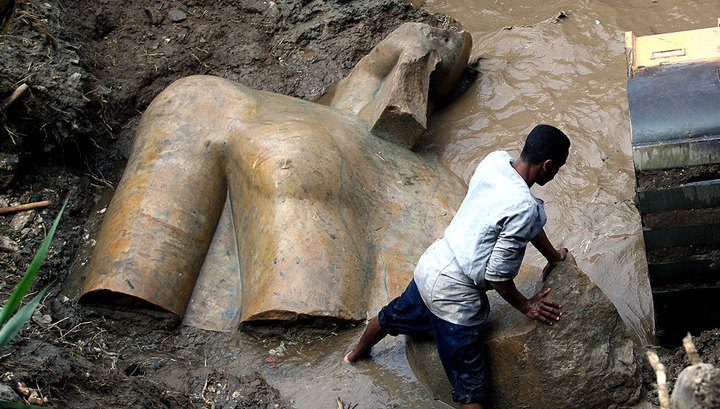 In early March, on the outskirts of Cairo, archaeologists discovered fragments of a giant royal statue. What kind of pharaoh she depicts – for a long time did not think: all the indirect signs said that this is Ramses II the Great, one of the most famous kings of Ancient Egypt, who ruled in the XIII century BC and is known, among other things, for his love for monumental architecture. So it was announced at a press conference, and in this form information about the find was in the media.

A week later, the Egyptian authorities again gathered journalists to report a mistake: the colossus is not Ramses.

Khaled El-Anany, Egypt’s Minister of Antiquities and Cultural Heritage, said: “It is very likely that it is Psammetich I,” AP reports. 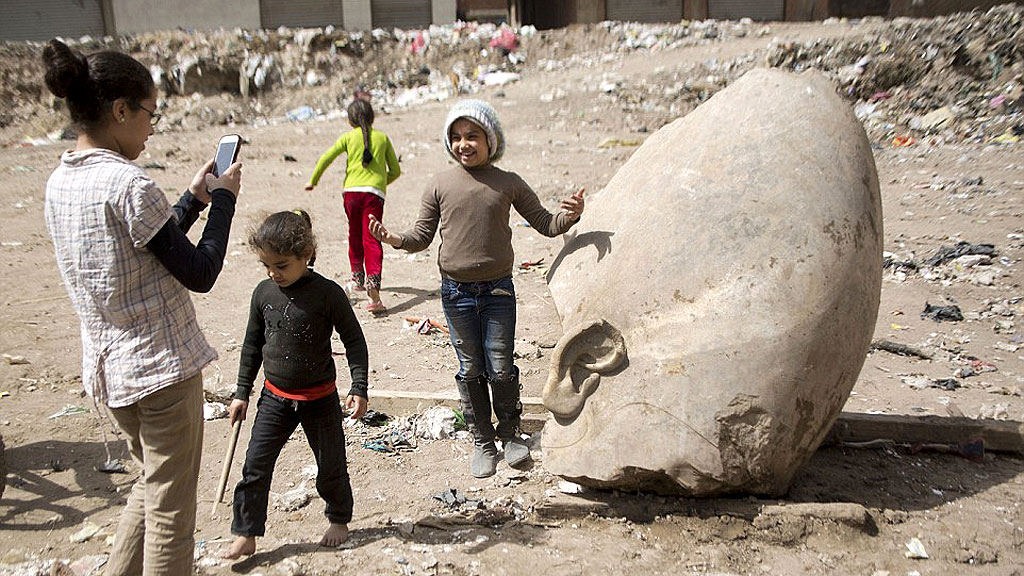 A fragment of the head of a giant royal statue found on the outskirts of Cairo. Photo: Anadolu Agency

Psammetich I is known far less than Ramses II, but there is much in common between them. Both were “long-livers” on the Egyptian throne – Ramses ruled for more than 60 years, Psammetich – more than 50. Both brought prosperity and stability to Egypt. Both are considered the greatest pharaohs of their dynasties – the nineteenth and twenty-sixth respectively.

However, the difference between the periods of their rule is very significant, 600 years: Ramses II ruled in the XIII century BC, Psammetich I – in the VII century, between 664 and 610 years before Christ.

How did it happen that one pharaoh was mistaken for another?

The wreckage of the eight-meter statue (torso, lower part of the head, crown, right ear and a fragment of the right eye) was discovered by experts of the Egyptian-German archeological expedition, which for many years has excavated in the territory of ancient Heliopolis – now densely populated workers’ outskirts in the northeast of Cairo, Matariya and Ain Shams.

Ancient Egyptian Iunu, or, in the Greek version, Heliopolis – “the city of the sun” – is known from the pre-dynastic period as the main center of worship of the sun gods (successively Atum, Ra, Atum-Ra, Aton …). Ramses II, the royal admirer of the god Ra, could not be ignored here: he erected several temples in Heliopolis in the name of Ra and himself.

In 2006, under a local marketplace, archaeologists excavated one of the largest temples dedicated to the sun god. Inside, scientists discovered several statues of Ramses II, weighing at least five tons. One of the statues depicted a pharaoh sitting in a vestment of leopard skin – this could mean that the pharaoh performed in this temple the role of high priest Ra.

The fragments found in March 2017, lay near the entrance to the temple, dedicated to Ramses II. According to Khaled El-Anani, the giant size of the statue is typical for the era of Ramesses the Great. In addition, earlier, in the same place, was found a statue of Pharaoh Seti II, who was Ramses grandson.

Since scientists did not find inscriptions or other instructions to the name of Pharaoh on the first fragments of the colossus raised from the ground, they acted in accordance with the duck principle: “if something looks like a duck, floats like a duck and quacks like a duck …” – in other words, That an eight-meter statue of quartzite weighing about seven tons can only belong to Ramses II.

However, after clearing all the debris raised on the reverse side of the monument, hieroglyphs were found indicating a very different pharaoh: Psammetich I. 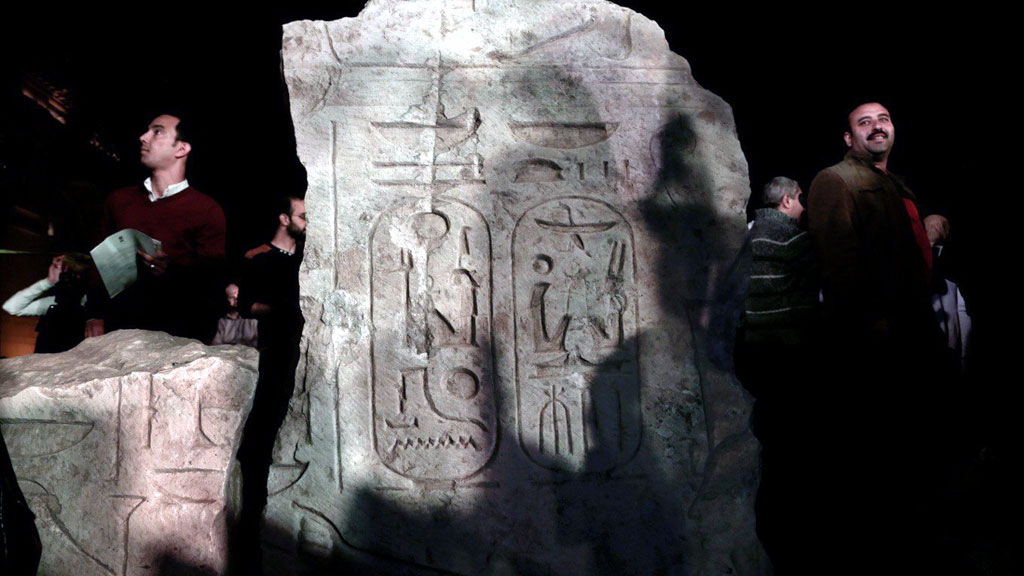 Hieroglyphics on the back of the statue. Photo: AP

“There is a possibility, albeit small, that Psammetich I reused the older statue that belonged to Ramesses II. We are still not 100% sure that the colossus really portrays Psammetich I, but give us time – a few days, weeks or months, and we will know for sure, “said El-Anani.

Researchers still have to find out how and when the statue was broken into fragments. While archaeologists assure that the first attempt to excavate and lift the wreckage with an excavator has nothing to do with it, the stone could have split itself for the time that the statue was underground.

Moamen Othman, the head of the restoration department of the Egyptian Museum, is now in the process of preparing the conditions for the conservation of the statue, which has been lying in moist mud for dozens of centuries. This work can take about three months. It is already decided that after the restoration of the colossus will be exhibited in the collection of the Great Egyptian Museum next to the pyramids of Giza – the opening of this new museum is planned for 2018.

Egyptian authorities are actively attracting journalists’ attention to such discoveries, and it’s not just the historical and artistic value of the finds: Egypt needs to restore the flow of tourists, which fell sharply after the events of 2011.