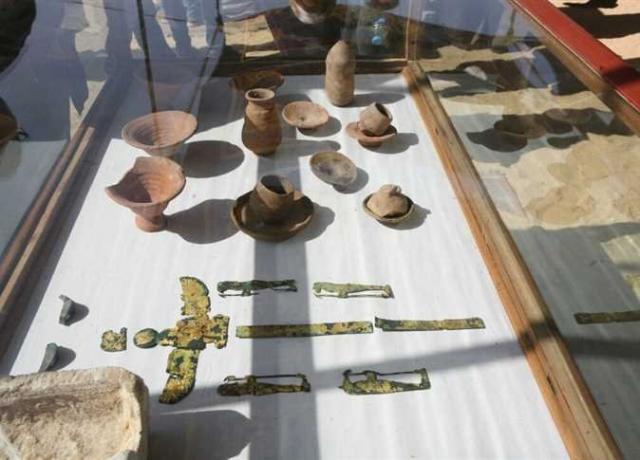 Representatives of the Ministry of Antiquities of Egypt reported the discovery of a necropolis south of Cairo. According to the researchers, excavations can take five years.

Necropolis was discovered near the archaeological zone of Tun Al-Gabal. The burials were dated by the Hellenistic period.

Excavations in the necropolis area began last year. During this time, archaeologists have discovered eight tombs in which the priests of the god Thoth were buried. At least 40 limestone sarcophagi, a large number of dishes, ornaments, burial vessels and figurines of ushabti were found. Unfortunately, the tombs suffered because of the robbers.

In one of the tombs there were more than 1 thousand figurines and alabaster canopies with hieroglyphics. In this burial the mummy of the priest was found. Nearby lay beads and bronze sheets. Scientists believe that the sarcophagi belonged to members of the priest’s family.