A hybrid of a monkey and a man, perhaps, was created as early as the beginning of the 20th century 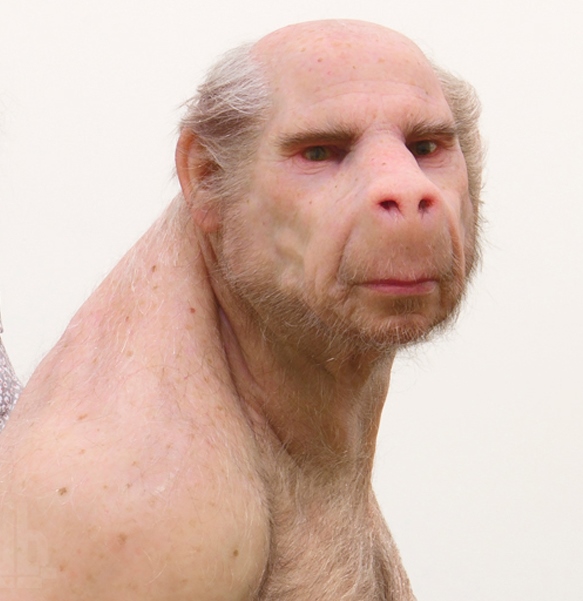 At the beginning of the 20th century, the Russian scientist Ilya Ivanovich Ivanov conducted experiments on the crossing of monkeys and humans. He worked in the Sukhumi nursery, then left for West Africa. As a result, according to official documents, the experiments were deemed unsuccessful.

But some facts suggest the opposite.

In the 1930s, residents of high-altitude villages of Abkhazia were frightened by the appearance of a strange creature – half-human semi-ovchains. It did not show aggression, did not try to attack people, but everyone was frightened by its powerful physique and wild look.

He was seen mainly by shepherds and hunters. Usually the creature met near the water, where, squatting, looked at its reflection or caught a mountain trout. An old shepherd told in 1948 to my grandfather, with whom they were sitting next to the relatives’ wedding:

– When I approached the waterfall, I saw a man near the water, he was naked. Only on his hips was he wound a dirty sheepskin. I greeted him in Abkhazian, and he turned his face to me. It was not a man, it was a creature with a monkey face, a little hunched, stooped.

He had very terrible eyes – evil, bad … From this meeting, I first turned gray, I did not have a single gray hair, and then again – and a whole strand. We stood and looked at each other for a long time.

Then came three of my shepherd dogs and rushed to the stranger. I’ve never seen a man run so fast in my life. He rushed up the path, and the dogs could not catch up with him. But this savage avenged me. Three days later he stole a goat from me, then another.

So, probably, my goats stole further, but a group of party leaders came to our region to hunt. They decided to track down this creature and found it. True, they did not succeed in killing or wounding him. And one of the party members remained a stutterer for life.

This creature, defending itself, pounced on the hunter, snatched the rifle from his hand, easily bent the barrel and broke the butt on his knee. Since then, that party official has stuttered. And the terrible creature somewhere escaped, more I never saw or heard about it.

That’s the story my grandfather told me at the wedding. Male Abkhazians do not like to tell cases when they were afraid of something, but here, apparently, the fact that the case was taking place at the table was played, the old shepherd drank wine and opened it up.

Perhaps, one of the experimental professors Ivanov still managed to escape from the laboratory and live an independent life? Moreover, the mild climate of Abazia allowed it to be done. Tales of encounters with this creature ceased in the late 1960s, most likely, it died of old age.

Professor Ivanov wrote the following lines in one of his letters to his Moscow friends (they are usually considered his theoretical reflections):

“A hybrid man who corresponds to anthropoids, from birth, grows faster than ordinary, grows incredible power to three or four years, is much less sensitive to pain, inaudible in food. The possibilities of use are unlimited – from working in damp faces to soldiers’ service. ”

And what if the professor really succeeded in creating a hybrid of a man and a monkey ?!