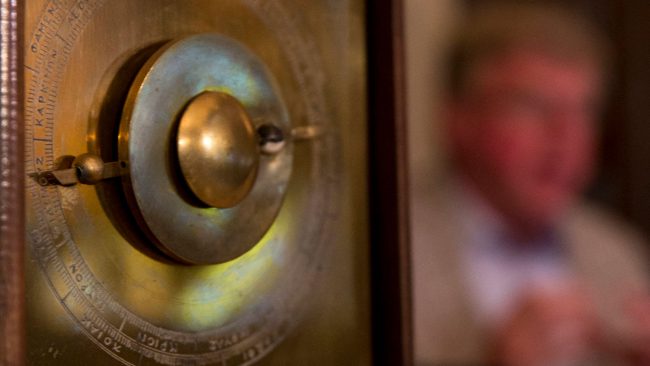 Discovered in 1901 in the hold of an ancient sunken ship Anticarsia mechanism was later called the world’s first computer. After decades of research the device’s 2,000 years old, scientists finally shed new light on this mysterious invention. It turns out that this mechanism is likely used not only for the solution of astronomical questions.

A lot of the Antikythera mechanism is considered one of the most amazing and important archaeological discoveries in the entire history of this field. It not only gives a clear idea about technological and engineering levels, of the ancient Greeks, but also speaks about the huge success they have achieved in astronomy. This peculiar device, consisting of similar to sentinels of bronze gears and displays, were used to predict lunar and solar eclipses, vyschityvanii the position of the Sun, moon and other planets. The device was non-programmable (in the modern sense), but is considered by many archaeologists and other scientists as the world’s first analog computer. The mechanism dates back to around the 60-m (other sources 100-m) a BC, and nothing like this will appear for at least the next thousand years. 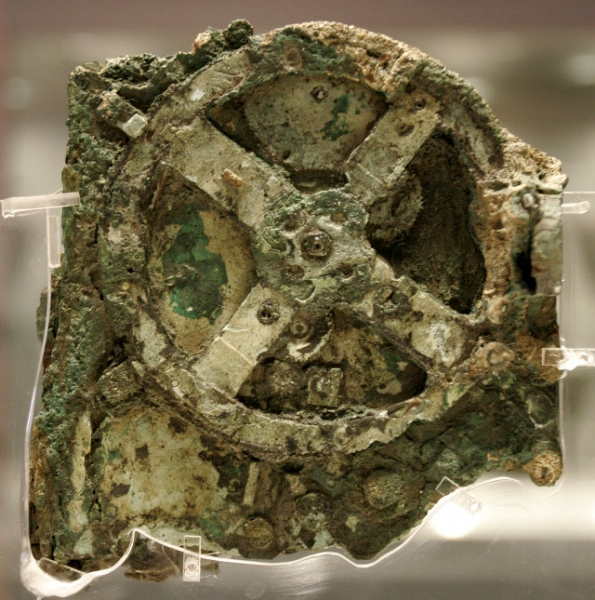 Since its discovery at the bottom of the Mediterranean sea, scientists are scratching their heads and trying to understand its purpose. Unfortunately, there are no user instructions is not preserved, but in many historical books bit by bit referred to a similar device. So scientists had to literally gut it (but very gently) in the device to understand its meaning. 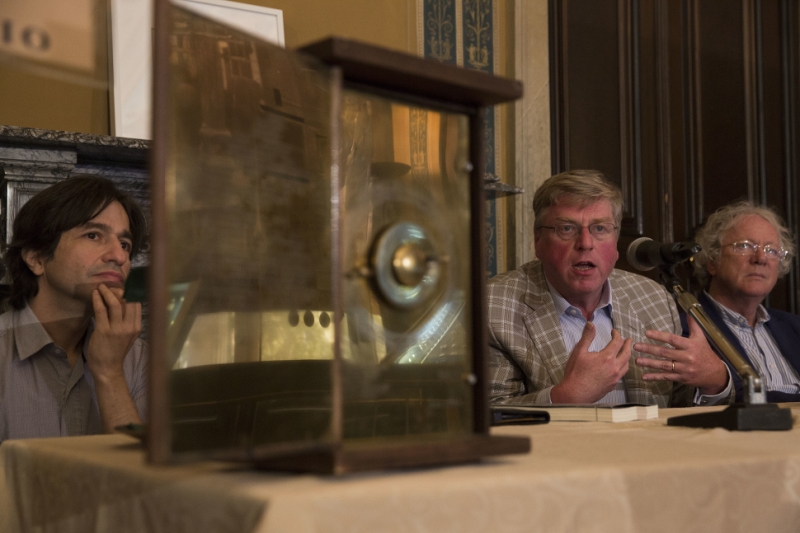 The event, held in the Library of the historical Fund Catherine Laskaridis in Athens, an international group of researchers announced the results of many years of study of a technological relic. This analysis largely showed and proved what we already know about a lot of the Antikythera mechanism, however, appeared and new, surprising details.

The purpose of most of the physical parts of the machine, scientists have pretty well figured out, so the main goal of the study was to find out more about its intended function. The opinion of researchers was attracted to the tiny decals on the 82 remaining fragments of the mechanism. Some of the words accounted for only 1.2 mm. They were deposited on the inside of the cover and were visible with both front and rear parts of the device. To examine these inscriptions, the researchers used the most advanced technology, including x-ray scanning.

“The purpose of earlier study was to understand how the mechanism works. And it should be noted that scientists have managed very successfully”, says one of the band members of the new research, Mike Edmunds, Professor of astrophysics, Cardiff University.

“It should be noted that we did not understand that the modern methods that we used in the new study, will allow us a much better understanding of the texts caused both outside and inside the mechanism.

In General, the researchers read to date, about 3,500 letters explanatory text, printed on the device.

“We now have the text in ancient Greek. And the picture becomes much clearer,” adds another member of the research group, Alexander Jones, a historian at new York University.

“For us it’s just a fantastic amount of information, because it originates in the period about which we know very little. We know little about ancient Greek astronomy of the time and know almost nothing about the technologies that were used. Of course, if not to take into account this mechanism. Therefore, these tiny texts are really important to us,” says Jones. 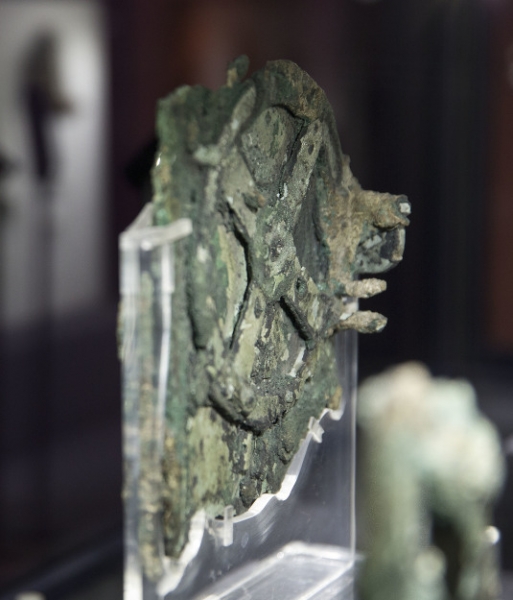 The researchers explain that the car was his kind of pedagogical tool of philosophers. The new analysis confirmed that the mechanism shown the position of the planets, Sun and moon in the sky. But despite its obvious astronomical purpose, it turns out that the machine was also used to predict the future. Scientists have expressed such suspicions soon after found a note on the mechanism that was involved and explained the color of the coming Eclipse.

“To be honest, we’re not exactly sure how to interpret it, however, this may bring on the assumption that the color of the Eclipse was a kind of mark or sign,” explains Edmunds.

“Certain colors were probably much better than others. And if we understand this correctly, then we is one of the first devices that have something in common not only with astronomy but also with astrology”.

However, scientists clarify that the primary use of the device was astronomical, not astrological. It is a kind of ancient analogue of the modern book or tablet.

“The mechanism was not a research tool. Something that astronomers could use for calculations. Astrologers also it is hardly used for prediction. This device was most likely used for teaching people about space and our place in it,” adds Jones.

“It’s like a very old book on astronomy, which describes the relationship of the movement of the sky and planets with the lives of the ancient Greeks and their habitat”.

According to other researchers ‘ findings, it appears that the device is likely to have been collected on the island of Rhodes, may not have been the only one of its kind. Some explanations in the text allude to the fact that there were at least two people who were involved in assembling it. In addition, Assembly of gears, most likely, was engaged a few people.

“We came to the conclusion that the device is likely to be the result of a small workshop, rather than one person,” concludes Edmunds.