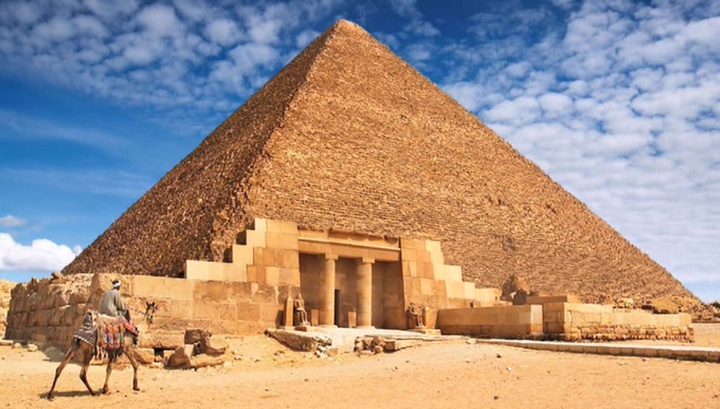 An archaeologist and specialist in ancient Egyptian architecture from the US, Glen Dash found the answer to the question of how the ancient Egyptians managed to achieve such an even arrangement of the walls of the pyramid of Giza along the sides of the world. Dash believes that many years ago, engineers were guided by the shadows on the day of the autumnal equinox.

Earlier historians assumed that the sides of the pyramid of Cheops and other structures in Giza diverge at an almost ideal right angle, because the ancient architects used such astronomical measurements as tracking the position of a polar star in the sky or shadows from the Sun on the surface of the earth.

Until recently, the exact method of construction, however, remained unknown.

Glen Dash also suggested that the Egyptians leveled the walls of the pyramids by the shadows that the gnomon cast on the day of the equinox. The Gnomon is the oldest astronomical instrument, a vertical object (obelisk, column or pole), which allowed to determine the angular altitude of the Sun at the lowest length of its shadow (at noon).

On September 23, 2016, an American conducted an experiment, observing the movement of the shadow as the Sun moved from east to west. He marked the position of her tip at regular intervals. At the end of the day, Dash had a smooth curve.

According to the researcher, the deviation of the received line from the sides of the world is insignificant. It is comparable to the mistake made by the ancient Egyptians in the construction of the pyramids.