A proof of the existence of the prophet Isaiah is found 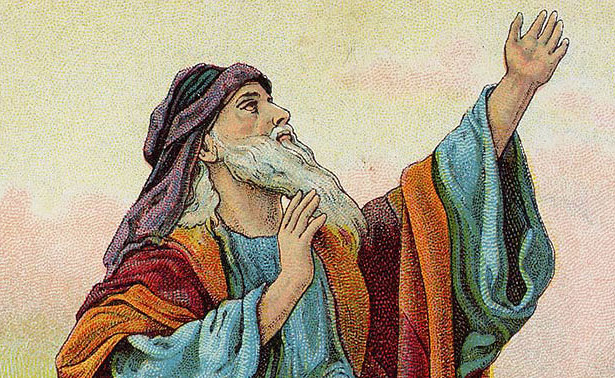 Proof of the real life of the prophet was a piece of clay with an imprint of the seal where the inscription “Isaiah the prophet” is seen.

Scientists have discovered the first material proof of the real life of the biblical prophet Isaiah. The artifact was found in the ancient garbage heap in Jerusalem.

According to The Daily Beast, the proof of the prophet’s existence was a piece of clay with a print of a length of just 0.4 inches, where, according to experts, the inscription “Isaiah the Prophet” is visible.

Also fragments of ceramic vessels, figurines, fragments of ivory and objects made of clay with prints of seals – bullae (from the Latin Bulla – “seal”), including the seal of the Hebrew emperor Hezekiah, were found.

According to the archaeologist Eilat Mazar, who led the excavations, next to the bulls of Hezekiah were “22 more bulls, including a bull with the inscription” Yesha’yah [u] Nvy [?] “, Which means” Isaiah the prophet. ” If you take into account the significance of Isaiah in the history of religion, this impression of the press is extremely important for both Jews and representatives of the Christian faith.

In the eyes of Christians, the numerous prophecies of Isaiah about the coming Messiah are of special value.

“Now we have for the first time a sample of his alleged” signature “. This is not only a proof of the existence of Isaiah (in fact, the scientists did not seriously dispute the fact of its existence), but also, possibly, an indicator of its role in the Jerusalem society in the VIII century BC. e., “- said in the material of the publication.

The author of the article emphasizes that not everyone who had his own seal had a high social status (the seal was a way to confirm his identity), but the Bible says that Isaiah was an adviser to the king and he asked him for advice.

“The fact that the print of his seal is found next to the print of Hezekiah’s seal confirms the” portrait “of the court prophet who paints the Bible,” writes The Daily Beast.

Earlier it was reported that archaeologists discovered a burial in the Turkish Demra, which may belong to Nicholas the Wonderworker. According to the legend, one of the most revered saints was buried on the territory of this city.