A race of “hobbits” really existed 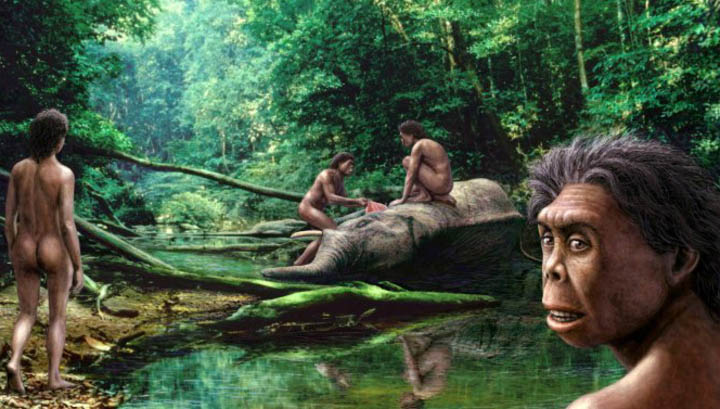 Thanks to the new discoveries on Flores island (Indonesia), scientists were convinced that “the hobbit” (the dwarf hominids by growth in one meter and with a brain volume of as in chimpanzees) this island really was a unique kind of Homo, not just suffering from neurological diseases of Homo sapiens. About the remains of dwarf ancestors “of man Florensky” era of the early Pleistocene says the journal Nature.

In the area of the Mat Meng international team of scientists (including Mike Morwood — author of the first open) have found the fossil remains of a hominid jaw fragment, a piece of the skull and six teeth. Most importantly: the owners of these bones were the same dwarfs as Flo (or even less, judging by the size of the jaw)

Scientists separate article has been devoted to the Dating of the finds: dwarf people lived on Flores island already 700 thousand years ago. In the same layer of Sandstone was found stone tools and the remains of the victims and neighbors floressa “hobbits” bones of dwarf Robotnik stegodons, rodents, and Komodo dragons and other island fauna. In other words, hundreds of thousands of years ago got to the island people has dramatically decreased in size and has built his economic system that remained unchanged until extinction obscure “the hobbit.”

The bones of the “hobbits” discovered for the first time in 2003 in the cave of Liang-Bois. The skeletons of different degree of safety originally dated 13-95 thousands of years (in 2016, the adjusted estimate: 60-100 thousand years). The most important was incomplete skeleton of an adult female is very short, which included a skull, lower jaw and most teeth. He allowed us to reconstruct the appearance of the women-“the hobbit” (it was called Flo). Together with the bones, scientists found stone tools, burned bones of Komodo dragons and stegodons.