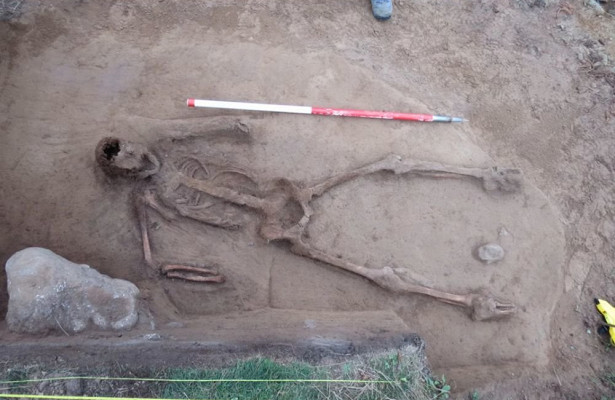 A team of archaeologists during excavations on the Norman island of Guernsey discovered a strange 400-year-old burial, in which an unknown man was buried without hands.

According to Live Science, the discovery was made on the coast of Guernsey – one of the Channel Islands. Archaeologists excavated the burial, in which there was a human skeleton without hands.

Previously established that it was a man who died in the XVI or XVII century. This is evidenced by the remnants of men’s clothing found in the burial, in particular, buttons.

It is known that in the Middle Ages on the island lived hermit monks. At first, scientists thought that one of them was resting in the grave. They suggested that the deceased man suffered from a terrible disease – leprosy. This would explain the lack of brushes.

However, further study showed that the person buried in the grave probably came to the island later, at a time when the monks had already left it.

“The working hypothesis is that it was the body of a drowned man, possibly a sailor, who was thrown ashore,” says state archaeologist of the island of Guernsey, Phil de Jersey. “The locals probably buried him in the place where they found the body, according to Christian traditions. “