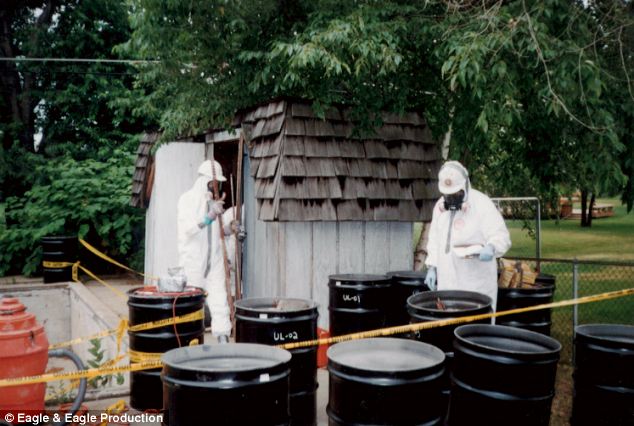 Story David Hahn made headlines around the world: he became famous as the guy who really tried to build in the garage of a nuclear reactor.

His fascination with science began with a chemistry: the boy wanted to assemble a collection of all the known elements of the periodic table. As you know, the lower ranks have names of the elements with which it is better not to communicate, but Khan did not stop. Knowing that radioactive devices make using radioactive metals, Khan first made a collection of traps smoke, of which get americawe details. Radium, he received from spraying on the luminous time hands and thorium from mesh travel flashlights with the help of simple reactions. Hahn was an eagle scout, so his interest in the lanterns did not surprise anyone.

As a result, the student formed an impressive collection, in which thorium, for example, was 170 times more than the number that would have required a special license under the laws of the United States.

Dating a guy struck up the appropriate: for example, he befriended a man who stole for a bit of beryllium from the plant laboratory in which he worked.

When 15-year-old Khan decided to build a neutron gun, books, which described a device of a nuclear reactor, hand, and library is not found, and then the Internet was in its infancy. Therefore, the student launched a correspondence with specialists. Pretending to be a scientist or a physics teacher, he received advice and guidance from famous people, including the Director of Agency for production and distribution of isotopes Donald ERB from the Nuclear regulatory Commission (Nuclear Regulatory Commission (NRC). ERB assured Khan that the risk is small, and informed about the required licenses. And suggested the idea of berlei as the neutron source.

By age 17, Khan is ripe for a full-fledged nuclear reactor. Radioactive elements and beryllium he already had. A mixture of radium and americium in the aluminium foil was to serve as an active zone of the reactor surrounded by a thorium ash and uranium powder.

Geiger Khan was, and he saw in the course of his experiments, his testimony increased and became 1000 times higher than the average for the area. Terrified, Khan decided to stop experiments and to bury parts of the reactor in the woods. On the way, he was arrested by the police. then joined the FBI, and experts on nuclear energy. A shed in which Hahn conducted his experiments, was dismantled and disposed of as radioactive waste.

Fate Khan has developed sadly. Parents made him go to College, but the guy never went to class and kicked him out. At the urging of his father, Khan went to the army, joined the Navy. After the army, he was caught stealing smoke detectors. The police decided that he wanted to repeat his childhood experiments, and sent Khan to the medical Commission. The doctor came to the conclusion that a nuclear reactor has become an obsession. At the age of 39, Khan died.