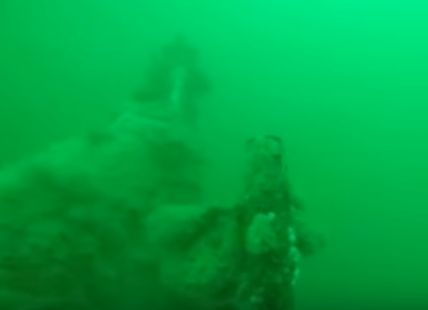 Near the coast of Belgium, a German submarine, sunk during the First World War, was discovered. Inside the submarine are the remains of 23 people who died after it was blown up on a mine.

Submarines such as UB II reached a length of 27 meters, a width of 6 meters.

The submarine found by the researchers is at a depth of 30 meters. It lies at an angle of 45 degrees.

Two torpedo tubes of the submarine were destroyed. The lower tube was untouched and closed.

A submarine for a hundred years overgrown with growths and algae. It also shows parts of fishing nets.