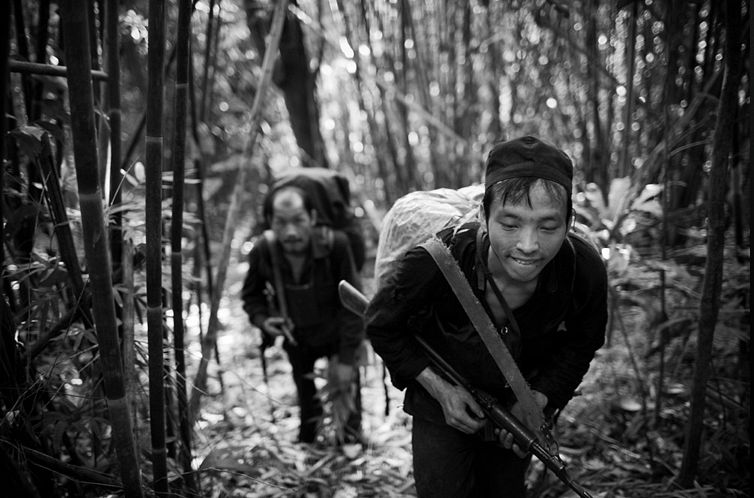 During both world wars happened in our history where the soldiers remained loyal to military duty for many months and even years, while in emerging confusion neglected by their bosses.

So, for example, up to 1942 in the dense forests of Belarus partisans ran across an abandoned military warehouses, protected sentries, who, knowing nothing about the beginning of the great Patriotic war, were not allowed near the guerrillas, seeing them only suspicious civilians. And in the Crimean catacombs supposedly until 1946 was hiding a few sailors who has not heard about the end of the war.

Irremovable hour of the Osowiec fortress

Once wrote about it in many Newspapers and magazines. The last publication was in the magazine “Ogonek” in the 1960-ies. But our time on this story already forgotten. 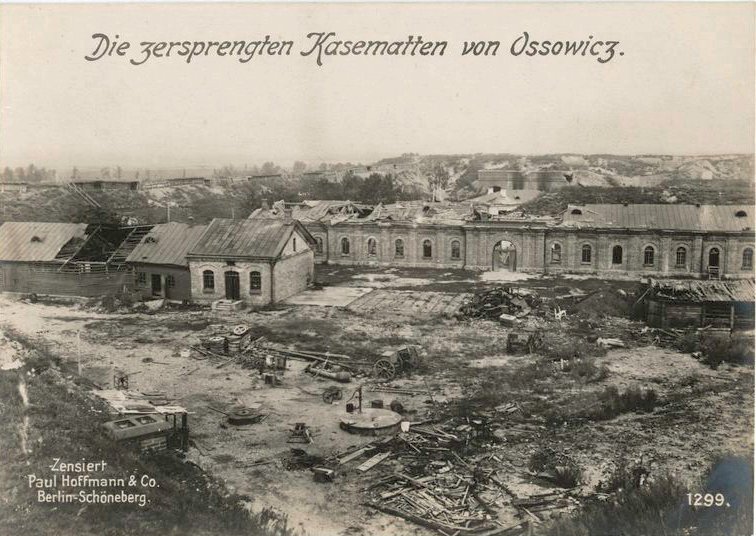 In 1915, during their retreat, the Russian army with explosions filled the warehouses of military equipment and food, located in the basement of the fortress Osowiec. This was done considering that the local population knew nothing about the commissary warehouses, and therefore it was enough to seal the entrance to hide their location from the Germans.

But later, when Russian troops supposedly will come back to these places, the rubble will be easy to dig up. However, the October revolution and subsequent Civil war in Russia led to the fact that all was not hidden warehouses. In addition, the whole area around the fortress Osovets moved independent Poland. It is because of warehouses with ammunition by this time nobody remembered.

After nine years, the Polish government adopted a decision on the restoration of the fortress. The debris was removed, and a few people went to the underground vault. Suddenly they heard someone in the darkness shouted in Russian: “Stop! Who goes there?!”, as well as the distinct clang of the platoon of the shutter. On Ghost it doesn’t like (where did you see a Ghost with a rifle?), but because the poles are joined with a stranger in the negotiations.

In a covered shelter, where almost 10 years no one came, without a single ray of light was Russian time, who laid down their arms only after it was explained to him that the war is long since over.

As it turned out, the retreating troops was in a hurry and just forgot about it, and get out the soldiers could not because of the big layer of earth above his head. All these long years left in timelessness time ate canned food and drank accumulating at the bottom from rain water.

The air here is enough, but the lack of light he was severely depressed. The first time, however, he sparingly used stearic candles, but soon there was a fire, which the soldiers barely managed and that destroyed the remnants of the candle stock.

When he came out of the cellar, it was a dirty man with a beard below the belt and with matted greasy hair, but in a completely new uniform and not worn boots. It turned out that in nine years soldiers have never shaved or showered, as the water was barely enough for drinking, but the outfit he changed very often due to its huge stock on the shelves.

There is also a countless canned goods, bread, sugar, matches and tobacco, which would be enough for the whole company, whether it is with time all these years.

The soldier is carefully watched over his rifle, regularly oiling it with fat from the canned food. And he fought with rats, which not only deprived him of food stocks, but also attacked him…
When the soldier brought out, then forgot to fasten his eyes from the bright sun, he was blind. However, further traces of the soldier, however, as his name had been lost.

Hiroo, Onoda – a true warrior of the Mikado

Hiroo, Onoda, second Lieutenant of the Imperial army of Japan fought with the Americans in the Philippines during the Second world war. In 1944 he was 22 years old, and Onoda was ordered to go to war using guerilla tactics in the jungle, producing a sabotage and ambush.

He didn’t know that a year later the war ended with the surrender of Japan, and being true to the orders, continued to attack everyone who did not belong to the servants of the Japanese army. In March 1974, Onoda surrendered to the authorities of the Philippines, provoevav against them about 30 years.

But he surrendered only after much found an old commander, Hiroo and brought to the island. 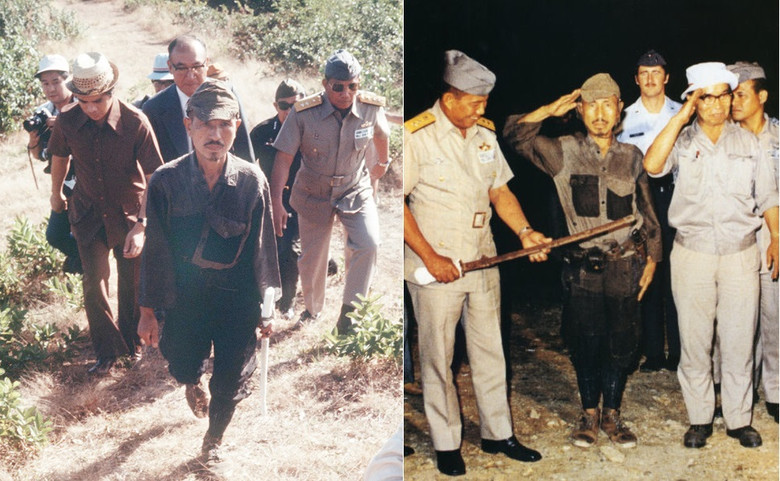 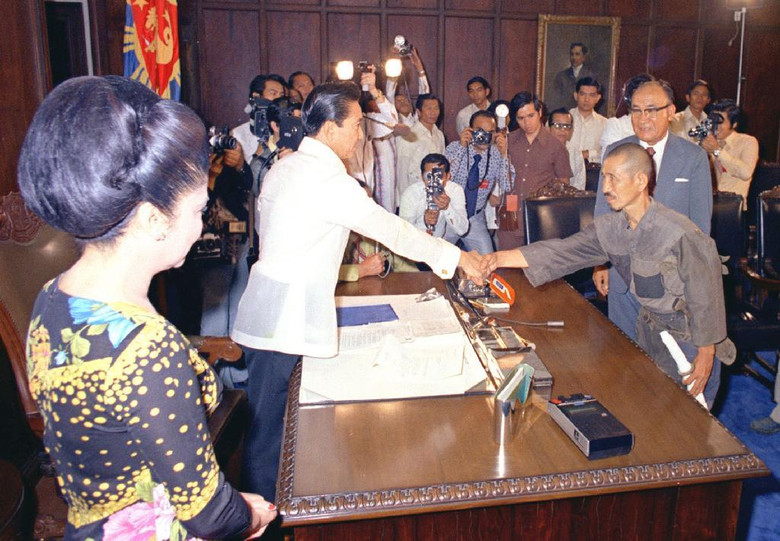 Onoda came out to meet the police in the old half-rotted uniforms of the Japanese Imperial army, clutching an obsolete rifle ammunition with grenades and a samurai sword, with which he could make Hara-Kiri, but didn’t do that, because even before he was ordered by the commander.

With dignity, bowing to the affected police officer, Japanese laid it on the ground the rifle and the sword, saluted, and said that he was giving up by order of the authorities.

Interestingly, the then President of the Philippines Ferdinand Marcos was as much struck by the incident, returned the old soldier, his sword and forgive him, eliminating the trial – because Onoda after the end of the war could technically be considered a criminal, since he killed 30 civilians in the Philippines and almost a hundred wounded in the name of fulfilling their military duty, considering Filipinos sworn enemies of Japan. 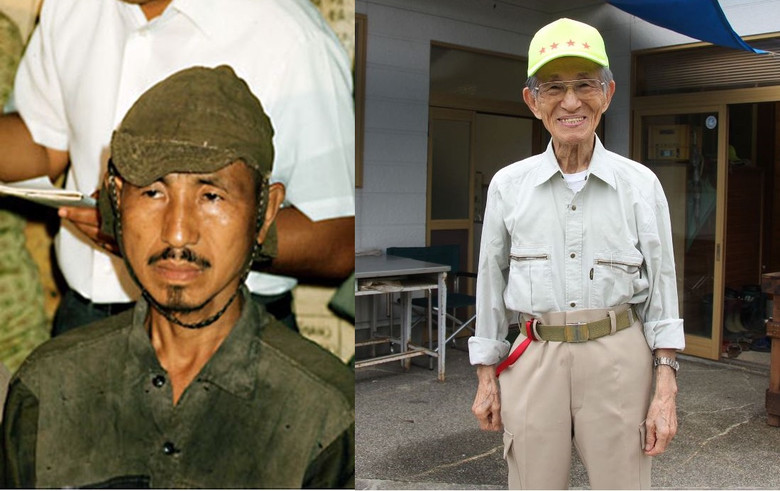 Onoda was extremely much shocked by what had happened changes in the world: the fact that the war ended 30 years ago and that Japan in her lost, and most of all the fact that all these years of painful stagnation in the jungle and all his youth was wasted.

In the subsequent Hiroo showed the Philippine authorities his Bungalow in the jungle. It was clean and tidy. On the wall hung a rotting Patriotic poster with the inscription in Japanese “War until victory”, and carved wood silhouette of the Emperor.

Onoda said that while she was alive three of his men, he regularly conducted the drill with them, and organized various contests, including writing poetry. In late summer 1945, American Hiroo picked up a leaflet where it was written: “Japan surrendered surrender!”. However, he did not believe, thinking it all a trick of the enemy.

In subsequent years, all the soldiers Onoda had been killed or captured. Thus, left alone, Onoda continued to follow the orders fired on the police and they scoured the jungle, but to take him alive or kill the rebellious Lieutenant was unable. Dropped over the jungle, Newspapers and even letters to relatives Onoda nothing distrustful, Hiroo believed that this is all a setup and that in fact the war is still ongoing.

Japanese eating fruits and roots, in abundance growing in the jungle, drank spring water, continuously darned your clothes sprawling makeshift needle and waited for the order to return to the regiment. It is noteworthy that in all that time he only once had a cold… 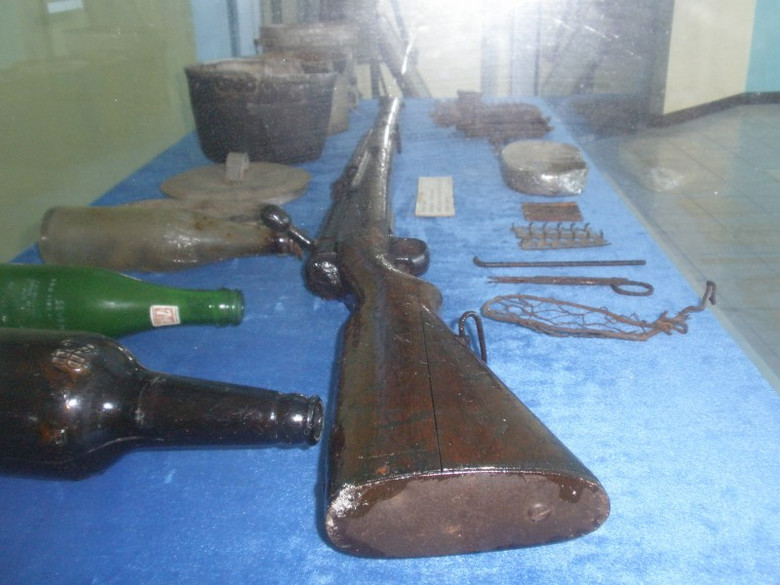 And once Onoda literally came across a Japanese student, collecting butterflies here. Fortunately, the Japanese didn’t shoot the fellow, but did not believe a word he said. And then this young entomologist has set itself the task: to find major Taniguchi, who was once commander Lieutenant Onoda, that he has succeeded. Elderly Taniguchi flew to the Philippines, made contact with Onedoj and ordered him to surrender.

However, the return of the native, Hiroo not pleased. Japan was another, quite unusual to him, and even distant. Onoda gaped at the skyscrapers and cars, zabrodivshie the streets, and jet planes, televisions and computers its just scary, causing panic. For this reason, Hiroo decided to return to the natural, uncivilized life, in which he spent the last 30 years.

Today they live in the center of Indochina, present-day southern China, Northern Vietnam, Laos and Thailand, in remote and unsuitable for living in mountain areas.

In the 1960-ies with the help of the CIA was formed auxiliary forces from the ethnic Hmong or Miao, the war in Vietnam and Laos, which hindered the transportation of goods in Ho Chi Minh Trail and opposed the socialist movement of the Pathet Lao. 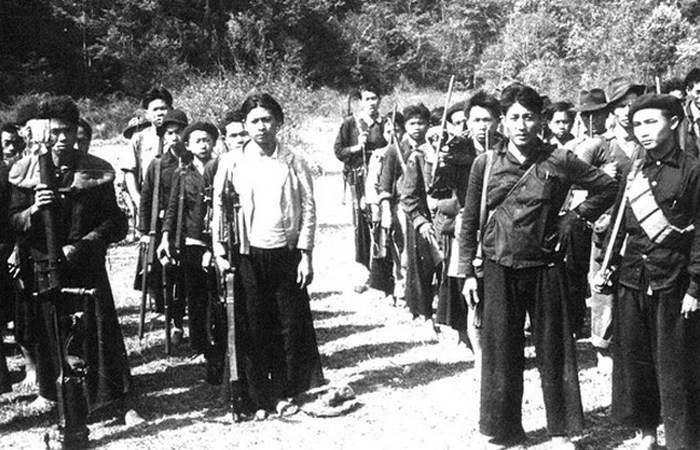 After the end of hostilities the Americans are actually thrown to the mercy of fate of their former allies, making these peoples, including women, the elderly and young children, the object of ruthless hunting by the victors. Many thousands of them have been simply killed and approximately one third of the Hmong were forced to emigrate to other countries.

Currently, separate groups of Hmong living in the jungle, the constant fear of attack and persecution, and suffering from hunger and disease. Today the number of members of this ethnic group is not more than 30 thousand people, and it continues to steadily decline.

The most optimistic of the Hmong, however, still cherished the dream that the rich in America, they faithfully served the allies for several decades, will one day come and help them. Others believe that the Communists will find their hideout and kill them all.