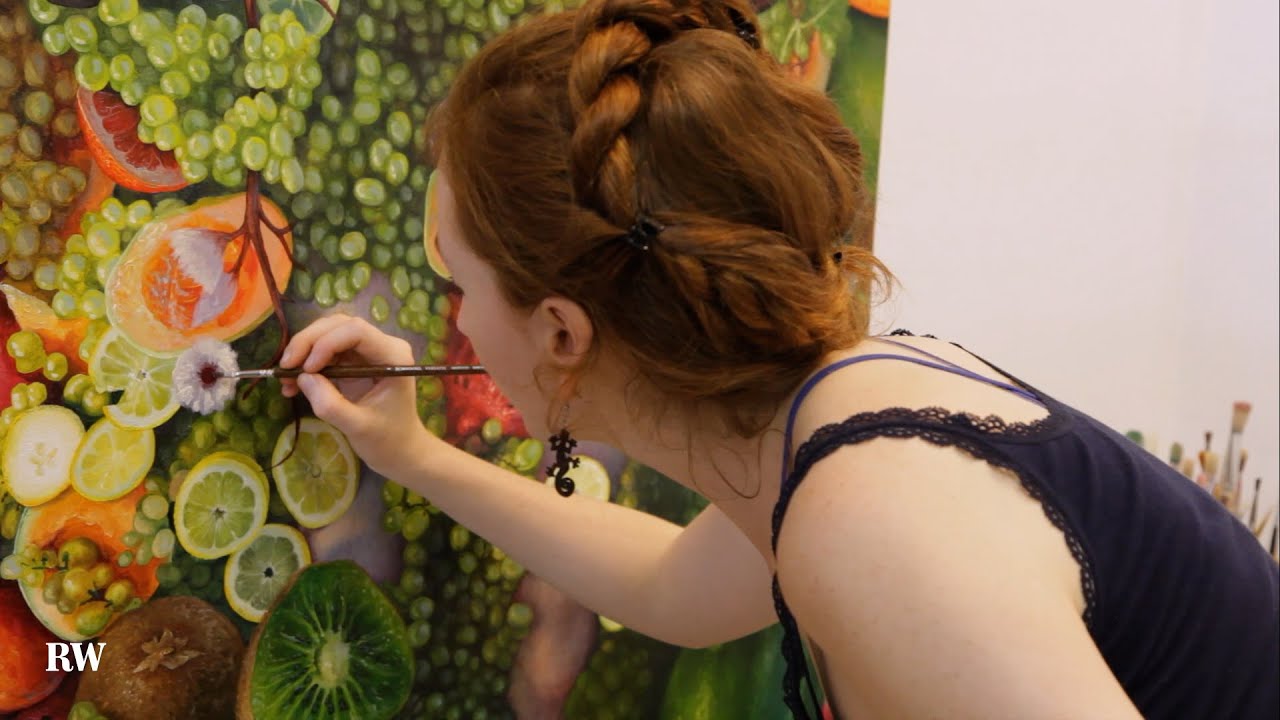 Alonsa Guevara is a Chilean contemporary realistic oil painter living and working in Catskill Mountains. Her paintings are a depiction of imaginary worlds that mix fantastical and believable traits. Alonsa Guevara was born in Rancagua, Chile and grew up for 7 years in the Ecuadorean jungle, before moving to the United States in 2011. She began making art at the age of 12. Guevara’s early works focused on constructions of invented worlds containing characters in the form of female fashion models, represented as crumpled paper, the intricate structures of fruit, representing “desire, fecundity, and fertility”, and included homages to other female artists such as Judy Chicago. Her current works juxtapose tropical fruits and mostly female bodies to represent life-cycles, the connection between humankind, nature and spiritual themes.