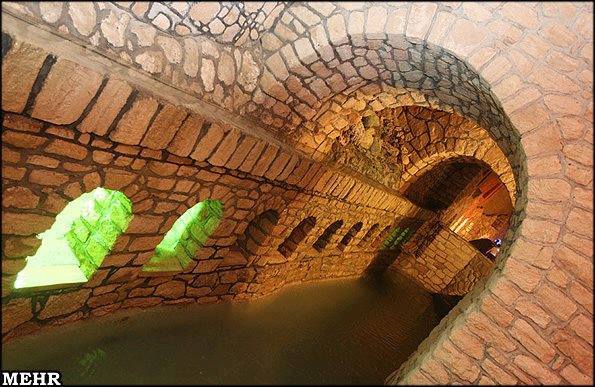 Underground aqueducts in Iran. Amazing engineering structures built in ancient times. If you look on this country from space, it will appear to us in a brown–and-yellow palette. There are no large forests, no such major rivers as our Volga.

We can say that this is a country of mountains and deserts. However, the history of this country is very ancient and the people of this country can be proud of their cultural heritage and contribution to the development of human civilization. The country of which I speak, was once called Persia and now called Iran. 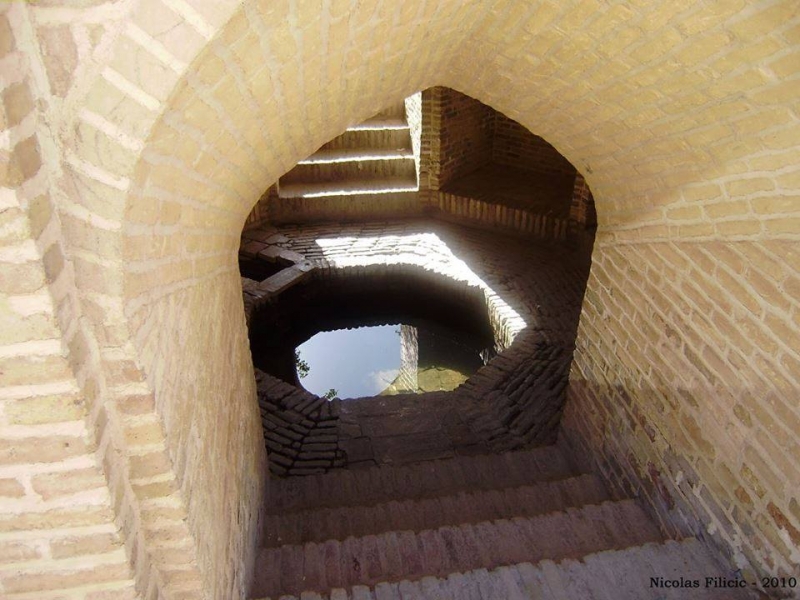 But not about the history of the country I want to tell you in this post. No, it will be about water. It is not surprising that Iran, with its climate and natural conditions, it represents a special value. 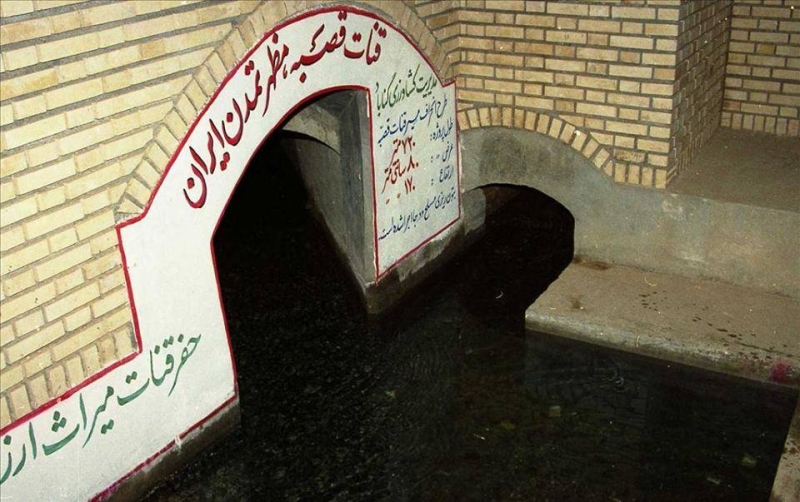 Every nation has solved the problem of water shortage in their own way. People have always tried to settle near water sources. If, with the growth of population, there wasn’t enough water, they built aqueducts or dug wells and canals. 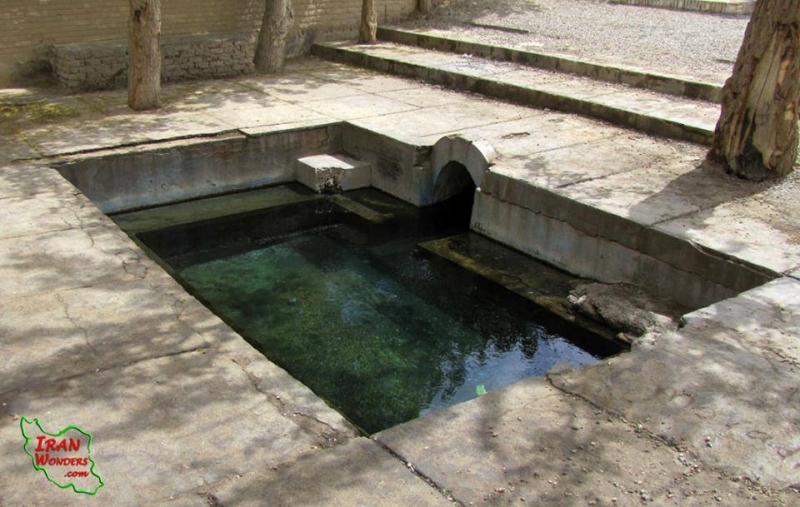 In this respect the Persians were put in special conditions. In their country there are no major rivers in neighboring Iraq, so to create a network of channels, they could not. To build long aqueducts in the tens of kilometers, they also did not. They found another solution. 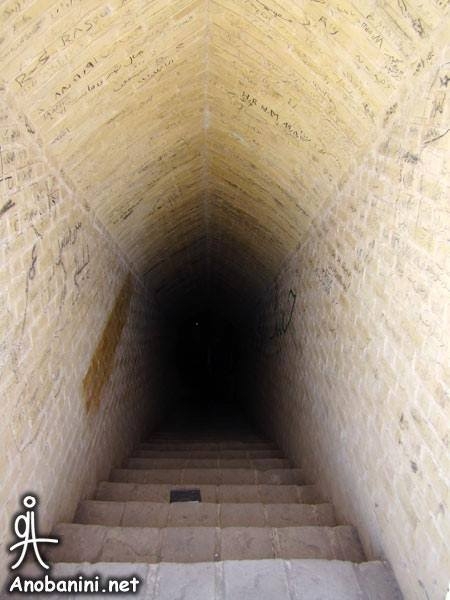 This decision was greatly struck by the Russian merchant Fedot Kotov in the seventeenth century, visited Persia:

“Is this Kingdom in the valley between high mountains, there flows a small river. Water conducted from the mountains twenty miles and more, and summed up in the dungeon!”

These artificial underground rivers are called ropes, and the builders and caretakers of these rivers is called mehandi. This is a very ancient profession. It is known that the ropes existed 2500 years ago, but it is possible that this method of water were used in Persia before. 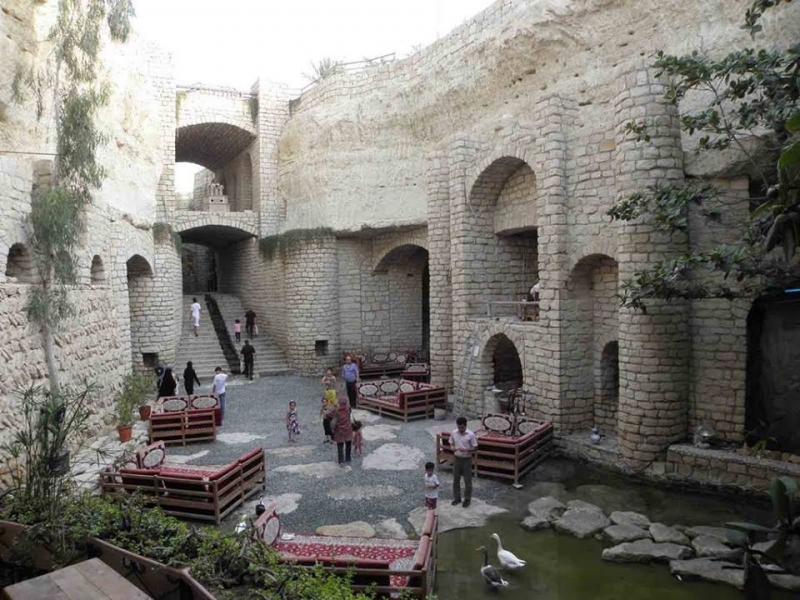 Rope length reaches tens of kilometers and depth of 200 meters. It is difficult to imagine how much effort people had to spend on the construction of the ropes in ancient times, if in our days a team of 7 people with the use of mechanized tools is paving the 20–kilometer rope for 8 years. 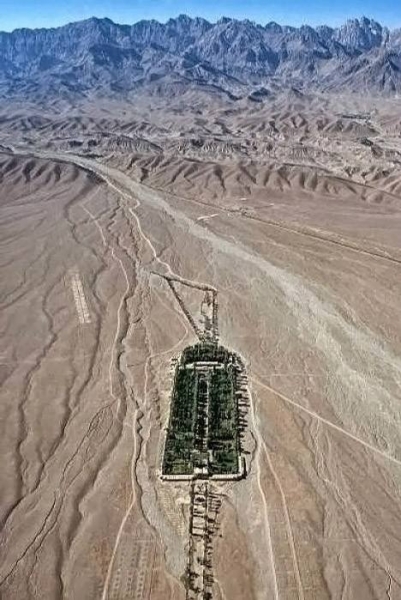 Mehandi in Iran is an honorable profession, and prior to construction of a new rope always suit the occasion. Of course, today with the advent of modern technology, the influence of these people has declined, but it was one of the most respected people in rural areas. 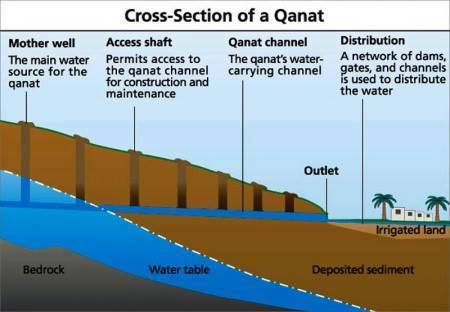 Money for the construction of the rope was collected from all the villagers and water shares (shares) has always been valued very highly. The shares transferred by inheritance or as a dowry.

From space the ropes are visible as a line of wells approximately every 50 meters.