Amazing archaeological finds of the North 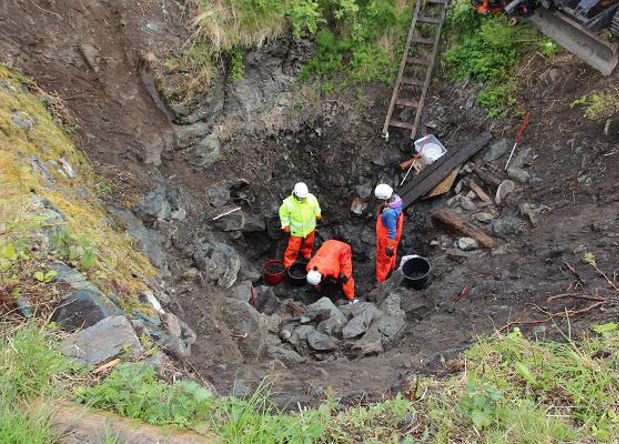 Nordic countries – Scandinavia, Iceland, Greenland, Faroe Islands and Åland are not only snow and natural resources, but also a treasure trove of valuable historical information. There are 10 archaeological finds that tell of the amazing events that took place on the territory of the northern countries.

The viking traveler’s sword was discovered by a contemporary traveler. Goran Olsen decided to make a halt during a hiking tour of one of the picturesque places of Norway and discovered a curious find that is more than a thousand years old. Despite the absence of a handle, the sword is quite well preserved, representing both a rare and valuable artifact. Iron swords in the era of the Vikings was not easy to make, so it is assumed that the 76-centimeter sword, dating from about 750 AD, belonged to the distinguished Viking. The fate of the latter is not known, but according to the main version, he could die trying to overcome the mountain pass. 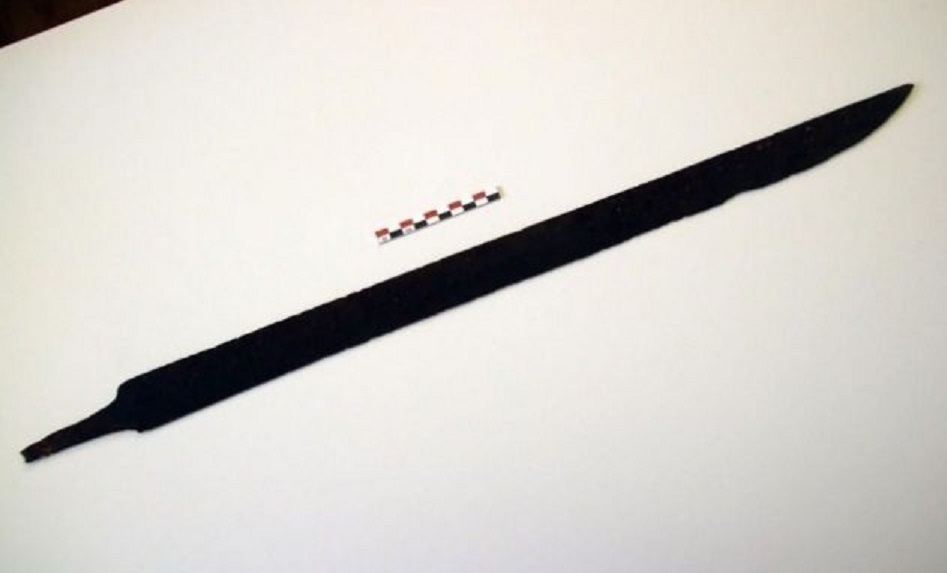 Shrine of the Holy Viking. Olaf Haraldson was born in 995 in Norway and was an exemplary Viking warrior until he converted to Christianity in 1013 – and then began to fight on the side of the exiled English king against the Danes. Returning to Norway in 1015, he was proclaimed king. In 1018, Olaf was to marry the daughter of King Ingiguerde of Sweden, but the bride’s father suddenly changed his mind, giving his daughter for Prince Yaroslav the Wise. With the failed bride Olaf brought fate in 10 years: having suffered defeat in the war against Denmark, Olaf was forced to flee to Sweden and further to Novgorod. The throne of Olaf in Norway was taken by Knud II, King of England. Olaf Haraldson died in the battle in 1030, fighting for the Norwegian crown and was buried in Trondheim. During the year, the inhabitants of the city told that the late king works miracles, and soon Olaf was ranked among the saints. In 2016, Olaf was talked again: archaeologists claim that they found the place of his repose. According to scientists, a stone foundation, a sacred well and a rectangular stone platform could be the place of an altar erected above the grave of St. Olaf. 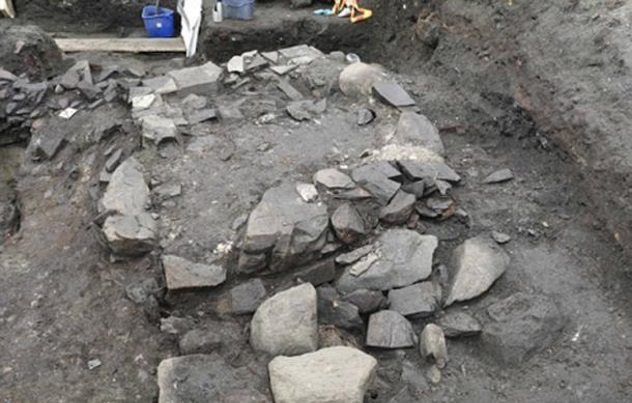 The grave of Ulf of Galicia. Are you surprised that the Danish Viking could have a second name associated with the Spanish territory? Such a nickname Viking Ulf, great-grandfather of the Danish king Valdemar I the Great, received for numerous and destructive raids on the lands of northern Spain. In 2009, archaeologists said they had found the alleged burial place of Ulf of Galicia. The grave itself was discovered back in the 50s of the last century, but new studies allow making assumptions about who was buried there. Thus, the burial is on land belonging to King Waldemar I, and the sword fragments found next to the remains testify to the high title of the deceased and are dated to the 11th century. This allows us to conclude that the remains of the noble ancestor of King Waldemar-for example, Ulf of Galicia-are buried in the grave. 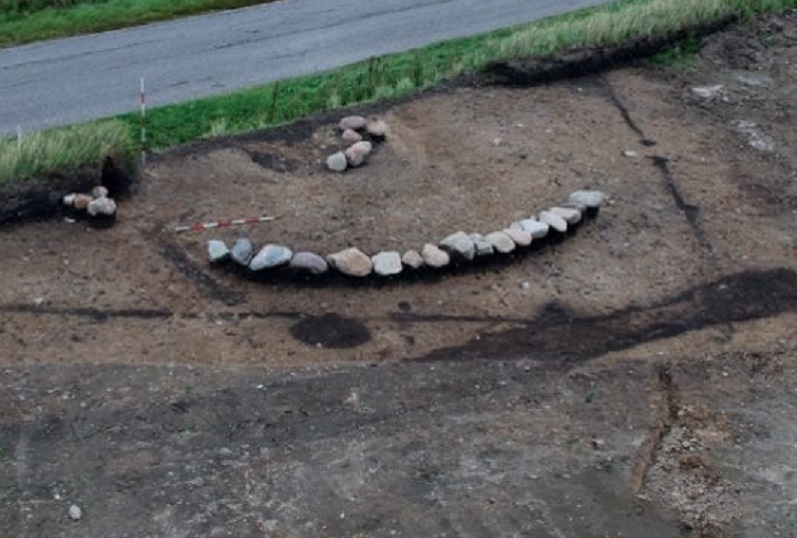 Mysterious tracks. While excavating in the Norwegian community of Schiordal in 2010, archaeologists discovered a mound. It would seem that the usual burial, but scientists drew attention to the fact that the burial mound was higher than it was customary to do. And having unearthed the top layer of a burial place, archeologists saw hollowed out in a stone images of eight human traces and five deepenings. Presumably, the drawings are of ritual significance, and the burial ground itself refers to the Bronze Age (1800-500 BC). Later similar images were found in other regions of Norway. 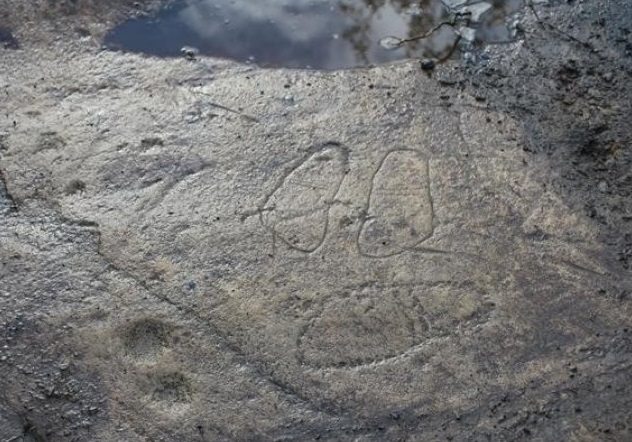 Mysterious guests of the Faroe Islands. It is believed that the first settlers in the Faroe Islands, located between Iceland and Norway, were Vikings. However, recent archaeological evidence suggests that Scandinavian warriors and seafarers someone outstripped by 300 or even 500 years. Whoever these mysterious pioneers were, they lived on the islands for a long time, and preferred not to settle in large numbers, like the Vikings. In the ash, which was found on one of the islands, the remains of barley grain were found. First, these barley tracks refer to the pre-Viking era. And secondly, barley did not grow on these territories and, therefore, was brought here by people. These findings open new questions in the field of the study of the history of the Nordic countries: who and when traveled through the North Atlantic to the Vikings? 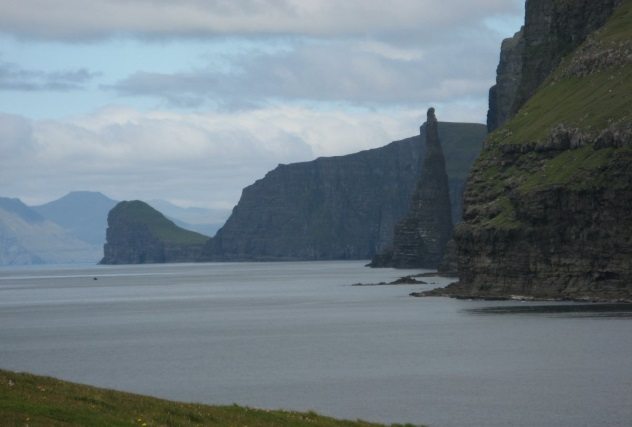 A huge maze was discovered by archaeologists in Denmark in 2017, near the commune of Stevens. Built in the Stone Age, it covers an area of ​​18 thousand square meters. Perhaps the labyrinth served as an ancient temple of the sun. Similar labyrinths can be found on the Danish islands and in Sweden. The most mysterious of them was discovered in 1988 on the island of Bornholm: this labyrinth is older than found in Stevens, and definitely had a religious purpose. 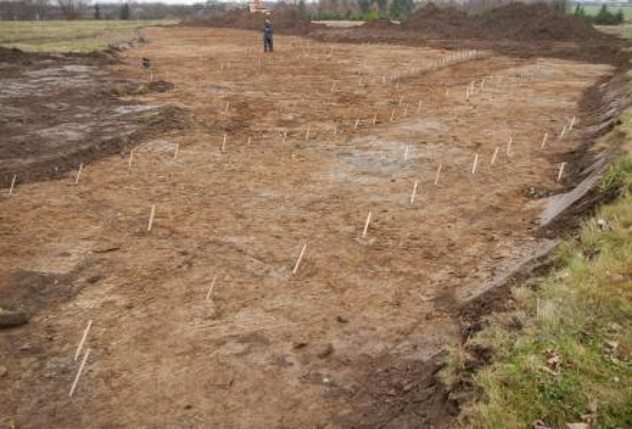 The oldest ship in Denmark was found by representatives of the energy company, which laid underwater communications. The remains of the ship rested near the island of Asko. A boat about 6-7 m long was on the move about 6.5 thousand years ago. Think about it: this ship is two thousand years older than the ancient Egyptian pyramids! The ancient ship pointed to another, no less valuable, find: near it was found a flooded Neolithic settlement. 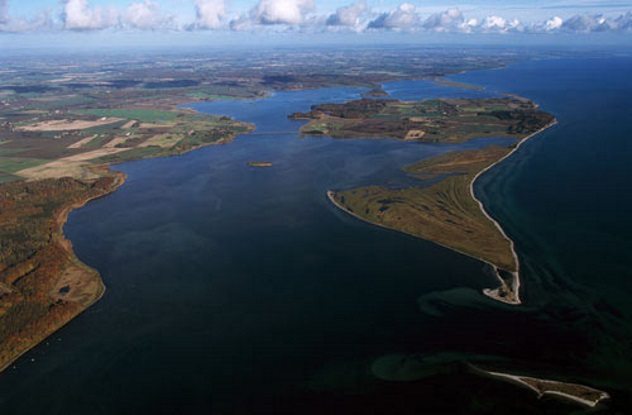 Saga of Sverrier. One of the Icelandic so-called “royal sagas” tells of the king of Norway Sverriere, covering 1177-1202. Among the episodes is the capture of the castle of Sverreborg by the rival of King Sverrir. Having seized the fortress, the enemy burned down all the buildings in the castle’s territory and, having thrown the body of one of the defenders to the bottom of the well, covered it with stones, thus depriving people of drinking water. In 2016, by clearing an ancient well from stones near Trondheim, archeologists found human bones at the bottom. The analysis showed that the deceased lived in the XII century, and this, in turn, confirms the authenticity of one of the legends of the famous saga. 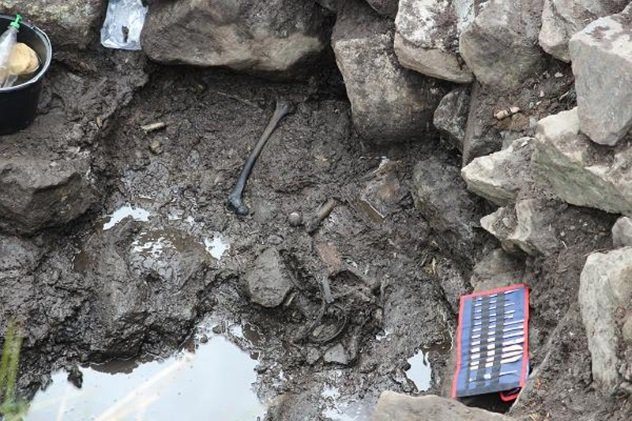 Massacre on the island of Oland. An ancient sandy fort on a picturesque Swedish island was once inhabited by the inhabitants – until a terrible tragedy occurred. About 1,5 thousand years ago there was a real slaughterhouse. The enemy did not spare anyone: brutally murdered were not only adults, but also children. Some residents tried to escape by flinging their homes with valuable gold objects. At the moment, only a small part of the fort has been excavated, but it already illustrates the wild extent of what happened. 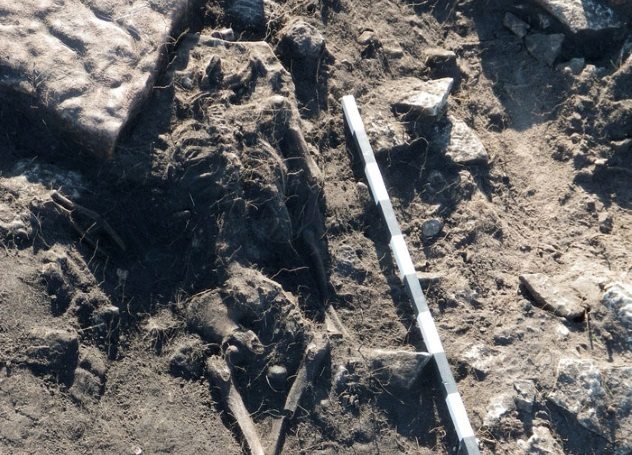 “Blekinge.” In 2017 near the coast of Karlskrona was discovered the ship “Blekinge”, which can become a competitor of the famous “Vaza”. Like “Vaza”, “Blekinge” was 45 m in length, but exceeded the “Vase” in the number of guns. “Blekinge” was the first ship built on the shipyard of Karlskrona. Launched in 1682, after 30 years of service, the ship sank in 1713 near the native shores of Karlskrona. According to one version, it could be deliberately flooded. After the Battle of Poltava, after losing the war to Russia, King of Sweden Carl XII fled to Turkey. In Karlskrona, they feared a Russian invasion and, according to archaeologists, the “Blekinge” could be flooded to be used as a cannon platform. 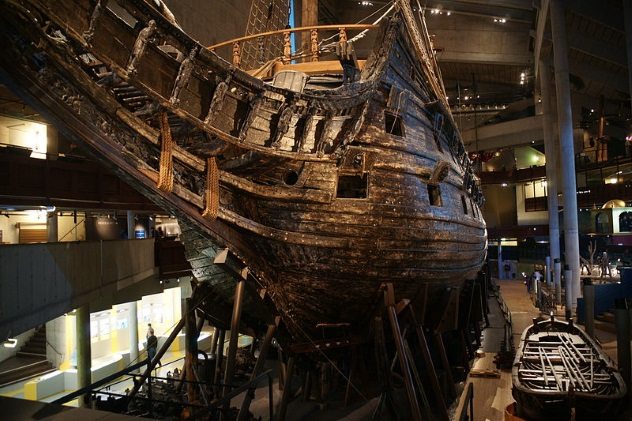