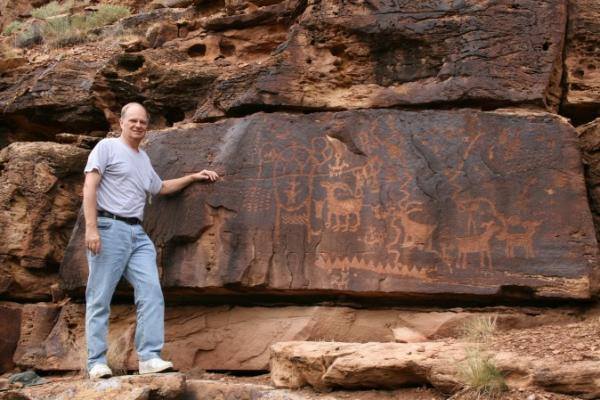 In North America, found the petroglyphs, showing that the ancient Chinese had contact with the Indians. Aolan sun, Professor, East China normal University in Shanghai and a guest lecturer at Harvard, said recently that he agrees with the hypothesis of Chinese origin of these petroglyphs.

John A. Ruskamp few years studied the petroglyphs with David N. Knightley is a leading expert in the U.S. on Tsagaan ― hieroglyphic inscriptions on divination bones of the oldest Chinese characters.

Knightley believes that the petroglyphs found Ruslanom on a private ranch in Arizona, meet the Chinese inscriptions on the bones of the era of the Shang (1600-1050 BCE). Knightley gave the following transcript of the inscriptions in Arizona: “Separation of 10 years; the completion of the journey, return to the house of the Sun; the joint end of the journey.” 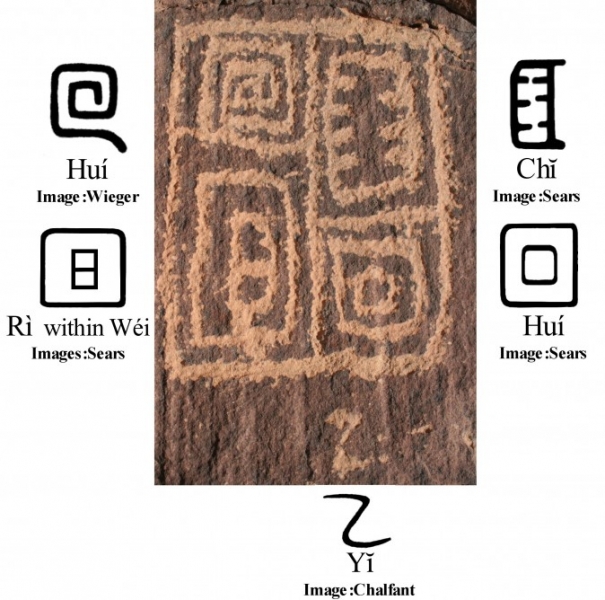 Part of the inscriptions found on a private ranch in Arizona. Hypothetical explanation: the end of the tour, return to the house of the Sun.

This is just one of hundreds of labels, which, in the opinion Ruskamp correspond to ancient Chinese texts. Earlier this month, Professor sung was supported by the research Roskamp and sent him a letter of support.

Sun is an expert on Chinese petroglyphs. He is a supporter of a controversial theory about the contacts between Asia and North America. The generally accepted view ― the ancestors of the Indians crossed the Bering Strait when there was a land path 12 000 years ago. Subsequent contacts between the Old and the New world took place only in 1000, when the Vikings reached the East coast of America. In recent decades, many researchers cite evidence of the existence of earlier contacts.

In the 90-ies of the Suna was invited to Harvard University Professor K. Chan to study the petroglyphs in the form of a human face from northeastern Asia and northwestern America. The study discovered the similarity between them.

In his report in 1998, the sun wrote: “Many of these East Asian petroglyphs have counterparts in the rock art of the Northwest coast of America, from the island of Kodiak (Alaska) to the Columbia river (the southern part of British Columbia and the Northern United States).

Left: petroglyph in Lianyungan, China, a fragment from the report of the Suna 1998 Right: a petroglyph in British Columbia, Canada.

The petroglyphs, which studied the sun, was created 5000-7000 years ago. This is long before the alleged contacts in the era of the Shang 3,000 years ago, as stated in hypothesis Ruskamp. However, the Bering land passage have disappeared 7,000 years ago.

Sun wrote about the work Ruskamp: “Roskamp yields exactly identifiable Chinese messages in cave paintings, which still remained unexplored and unrecognized. They were lost modern anthropologists and archaeologists, largely due to the fact that the ancient styles of Chinese writing known. The petroglyphs are located in remote areas. They testify to the ancient presence of the Chinese in North America”.

Roskamp continues to explore the petroglyphs in America. It uses statistical analysis to determine similarities between the petroglyphs and ancient inscriptions to find out what is the probability that this similarity was purely coincidental. 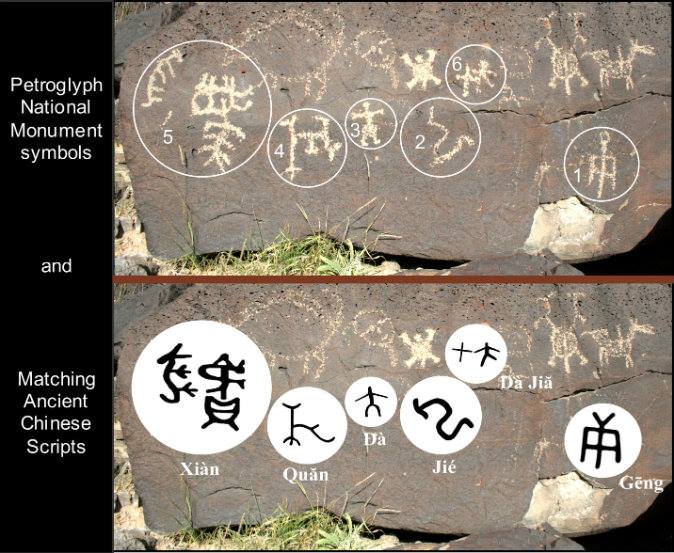 Ancient inscriptions is not uniform: each artist had his own style. But the similarity between the glyphs and the ancient Chinese characters ― 95%, and can not be accidental, said Ruskamp.

Michael F. Medrano from the Department for the study of the petroglyphs along with Ruslanom studied the petroglyphs in this location. In his opinion, they are authentic and do not belong to the Indian culture. “I believe you have discovered something important in the history of humanity,” he said in a letter to Roskamp. 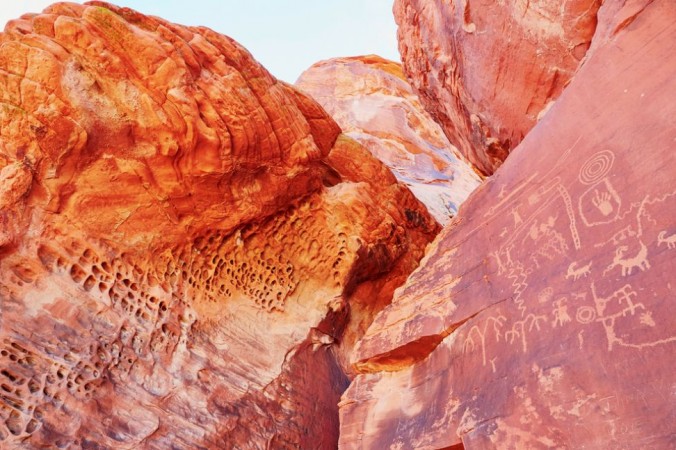 Some of the petroglyphs in the USA, most likely, is an attempt of the Indians to copy Chinese writing says Ruskamp. According to his theory, the ancient Chinese did not create settlements in America, and just spent the expedition.