An ancient Egyptian papyrus found a picture of a UFO 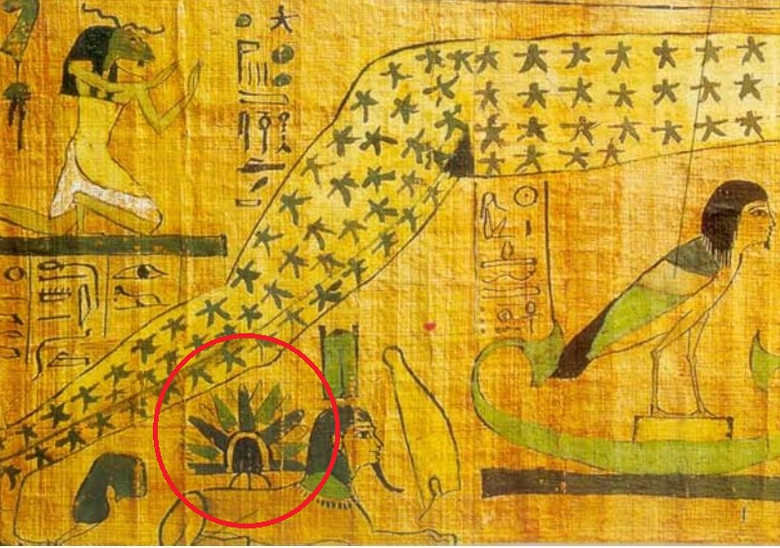 Ancient Egyptian civilization reached incredible heights thanks to contacts with representatives of highly developed alien races. So the researchers believe, reinforcing their words with a weighty proof – the image of a UFO, which was discovered in one of the drawings that have survived since the days of Ancient Egypt.

That very drawing is one of the exhibits of the Cairo Museum. The ancient papyrus, in particular, represents something like a flying saucer that landed the Sphinx on its back. 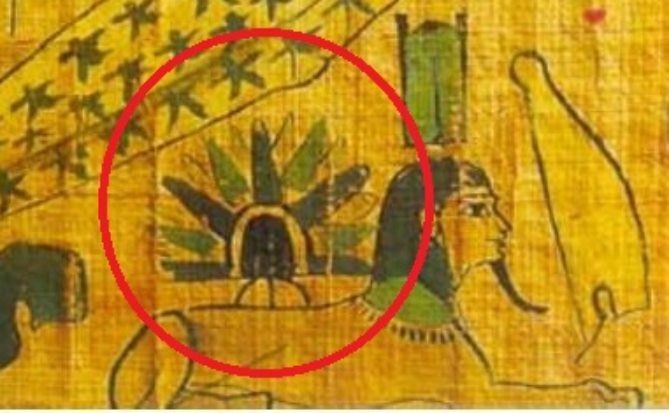 The age of papyrus is 3,000 years. The object really looks strange

The object, which is very similar to the stereotype image of a UFO – is not accidental, according to ufologists, is present on the ancient Egyptian papyrus, whose age is three thousand years.

“Just look at this flying saucer, it has landing supports and it emits a kind of radiance, that is, it is clearly a technogenic object which, given the level of human civilization three thousand years ago, could be created exclusively by extraterrestrial aliens,” say experts .

According to ufologists, the ancient Egyptians, obviously, constantly contacted the aliens who supplied them with knowledge and technology.

Some are sure that the papyrus depicts most likely some kind of flower or ornament. But why on the back of the Sphinx? And if it’s a UFO, then maybe the Sphinx is connected with aliens?

With the Sphinx associated a lot of mysteries. So, many scientists doubt the correctness of his dating. Officially approved, that it was built about 2500 years BC. e. and he has the face of Pharaoh Khafre, who ruled during these years. However, the face of the Sphinx has negroid features and does not resemble other portraits of Khafre. 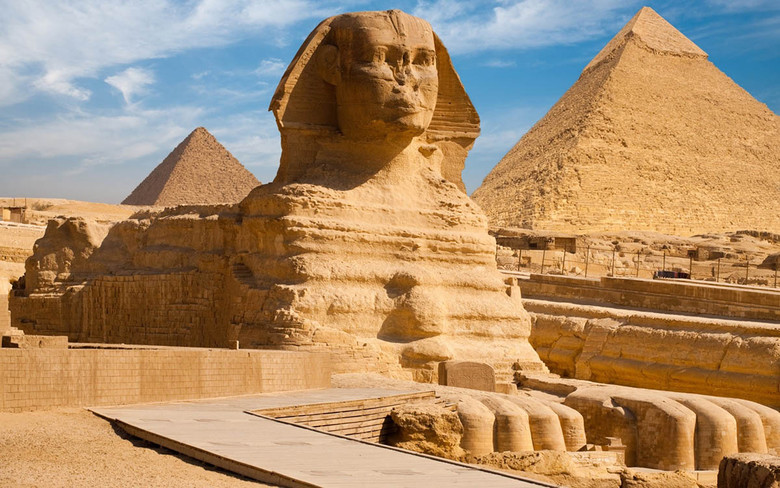 At the foot of the Sphinx, traces of erosion were found, as if he had experienced a prolonged great flood. In the scientific literature, the features of sculpture erosion are explained by the secondary cracking, the action of acid rains, and the low quality of limestone.

The relatively small size of the head prompted Boston geologist Robert Shoch to assume that the statue originally had a lion’s face, from which one of the pharaohs ordered a mysteriously smiling human face to be carved in its own image and likeness.

This hypothesis was not recognized in the scientific community, nor was Graham Hancock’s assumption about the correlation of the three pyramids with stars in the constellation of Orion, which was allegedly observed in the 11th millennium BC. e.