An ancient skeleton has described the genome of dangerous bacteria 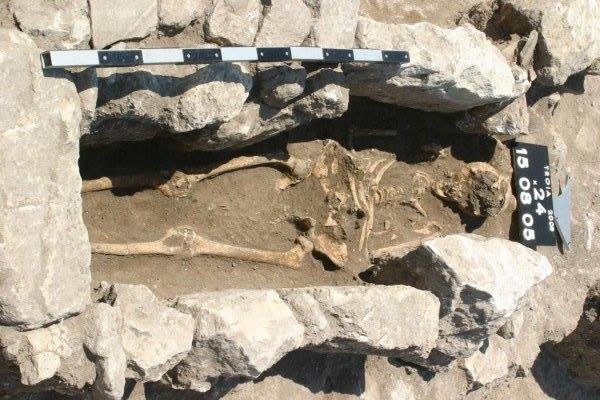 Archaeologists in stone tomb found the remains of 30-year-old woman who died over seven hundred years ago. Her body found microfossils that contained traces of Staphylococcus Saprophytic bacteria and the Gardnerella Vaginalis – so scientists have been able to go to the time machine, through the study of ancient disease.

Most often archaeologists do excavations of ancient artifacts that reveal a completely new side in the life of people who lived hundreds and thousands of years ago. So recently excavated ancient burials from the Byzantine period, which was the dead woman in the 13th century. She was diagnosed with a calcified lesion in the chest, which at first was considered a manifestation of tuberculosis. However, during the in-depth laboratory investigations revealed that she was sick infectious, dangerous disease Saprophytic Staphylococcus and Gardnerellas Vaginalis (Caitlyn Pepperell).

So the scientists were lucky to explore the DNA of a woman 700 years after her death. These growths with the remnants of the genome of the disease has created a “time capsule”, with a preserved genetic material for research that enabled a better understanding of infectious diseases of the early medieval period. Known and another story, when Egypt was excavated the tomb of Tutankhamen and later, the scientists and the Egyptian workers who entered the tomb died from an unknown at the time of the disease. Under some assumptions it was an ancient, microscopic fungus that was growing on the walls and isolated spores into the environment chamber of the tomb.