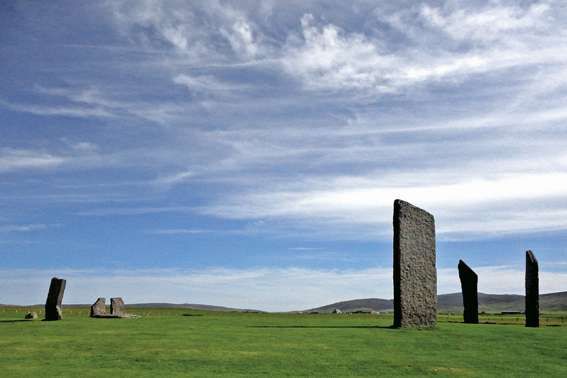 Researchers from Adelaide University, Australia, for the first time, statistically proved, that the earliest stone structures in Britain, the so-called Great circles (circles grеat) reflects its location and shape displacements, which are the Sun and Moon were made 5000 years ago.

In this study for calculations of configurations of stars and planets, reflected in these ancient stone structures, widely used innovative 2-D and 3-D technology.

“Nobody has confirmed the statistical calculations that concrete masonry construction is associated with certain astronomical phenomena – all this was expressed only at the level of speculation,” said project leader and visiting fellow, Adelaide University Dr. Gail Higginbottom.

Exploring the oldest of the Great stone circles built in Scotland (Callanish, Isle of Lewis, and Stennes Orkney – both structures built before the megalith of Stonehenge by about 500 years), the researchers found a high percentage of matches with configurations, which were at that time the Sun and the Moon.

However, the placement and shape of these stones are associated not only with the location of the Sun and moon. The researchers found a complex relationship between the configuration of the stones, the surrounding landscape and the horizon, as well as the movements of the Sun and moon across the sky on the background of this landscape.

A study published in the journal of Archaeological Science: Reports.