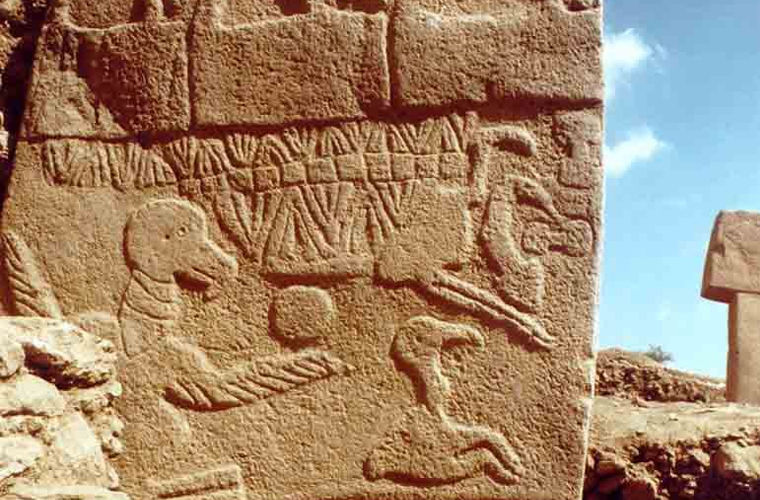 Prehistoric stone carving confirms that approximately 11,000 years BC. E. A comet fell to Earth, which led to the death of mammoths and the emergence of civilizations, say British scientists.

Experts from the University of Edinburgh analyzed mysterious symbols carved on stone pillars from the ancient temple complex Göbekli-Tepe in southern Turkey to find out whether these signs can be associated with constellations, writes The Telegraph.

Scientists believe that the drawings show the falling of fragments of comets to Earth around the time of the beginning of the late Dryas (the period of glaciation), when, as the newspaper notes, “the whole course of human history has changed.”

For many decades, scientists assumed that the fall of the comet could provoke a sharp cooling on the planet. But recently this assumption has been seriously questioned after studying meteoric craters in North America (where fragments of a comet are supposed to have fallen).

Now scientists who examined the drawings on one of the columns from Göbekli-Tepe found that the figures of animals on the stone are symbols of astronomical objects – constellations and comets.

Using a computer program, scientists recreated the starry sky over Turkey, as it was thousands of years ago, and were able to determine the time of the comet’s fall – about 10 950 BC. E. This is the exact beginning of the late Dryas era according to the ice cores from Greenland.

It was during the late Dryas that agriculture appeared and the first Neolithic civilizations appeared. Previously, nomadic tribes in the Middle East could be content with wild wheat and barley, abundant in the region. But cold snap forced people to grow bread themselves. Following the development of agriculture, the first cities appeared.

Scientists believe that the carvings in the temple complex Göbekli-Tepe, which dates from around 9000 BC. E., Was conceived as a record of the cataclysm – thus, the people living in these places kept the memory of the event. One of the figures, carved on the rocks, shows the decapitated man – perhaps it speaks of the large-scale sacrifices to which the comet’s fall resulted.

The study also supports the theory that the Earth probably survives periods when comet impacts are most likely due to the fact that the planet’s orbit crosses the orbital rings of comets.