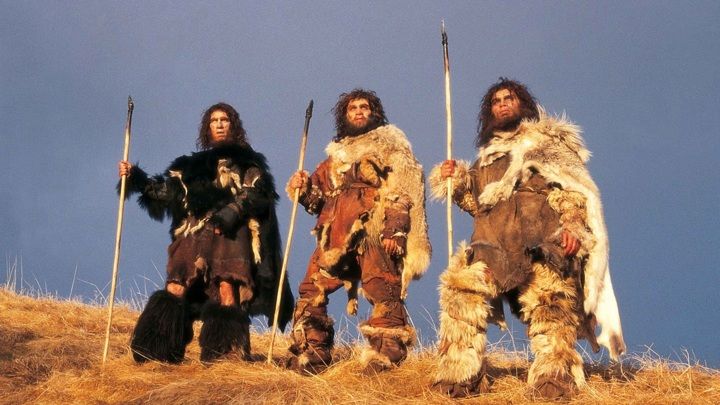 Some of the tips of hunting weapons in ancient times were made from human bones. Archaeologists who have studied artifacts that are 7-10 thousand years old have come to this eerie conclusion.

The discovery is described in a scientific article published in the Journal of Archaeological Science: Reports by scientists from the Netherlands, Denmark and Germany.

The North Sea sometimes throws bone jagged points on the coast of the Netherlands. And this is no accident. The seabed in this area is the shelf, that is, the submerged edge of the continent. In the era of the last glaciation, the glacier accumulated water, and the sea retreated. As a result, between the northern coast of Europe and the British Isles, a piece of land formed, which archaeologists call Doggerland.

Its cool open spaces were inhabited by large herbivores and people who hunted them. According to the stage of technological development, the latter belonged to the Mesolithic – the Middle Stone Age.

When the glacier melted, Doggerland became the seabed again. But the waves still raise artifacts from the bottom of this northern Atlantis, made by primitive hunters. These include serrated tips made of horn or bone.

What animal bones served as material for ancient craftsmen? The answer to this question was sought by the authors of the new article. 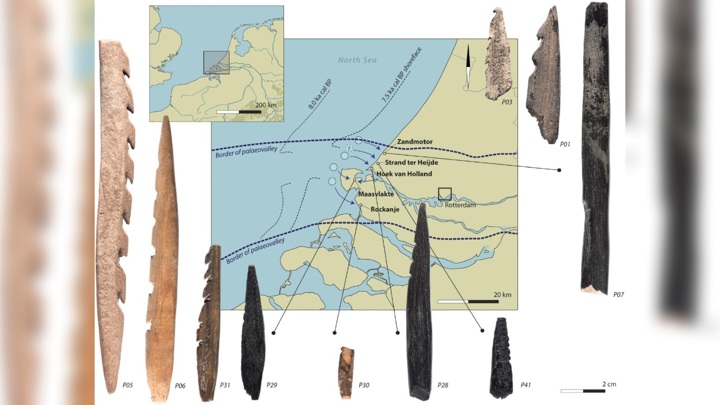 They examined ten tips. Scientists have determined the age of the artifacts using radiocarbon analysis. It turned out that the finds are from 7300 to 9500 years old. In addition, experts looked at the remains of collagen protein to determine which animal the bones and horns belonged to. The researchers also determined the content of carbon-13 and nitrogen-15 in the samples. The concentration of these isotopes indicates whether the animal was carnivorous or herbivorous.

One in ten artifacts has suffered too much from the ravages of time to say anything definite about it. Seven more points were made from the bone or antler of a red deer (Cervus elaphus). And in two more cases the bone belonged to … an animal of the species Homo sapiens.

Why did the inhabitants of Doggerland make weapons from human remains? It is unlikely that such a bone is more accessible to the hunter than the bone of his prey. And hardly such an exotic material is more convenient in processing or application.

Most likely, the ancient hunters pursued ritual goals. Perhaps they wanted the power of the deceased to be transferred to their weapons, or something else in the same spirit. Unfortunately, we can only guess what beliefs governed the lives of the inhabitants of Doggerland many millennia ago.