Ancient lead books about Jesus were the presents 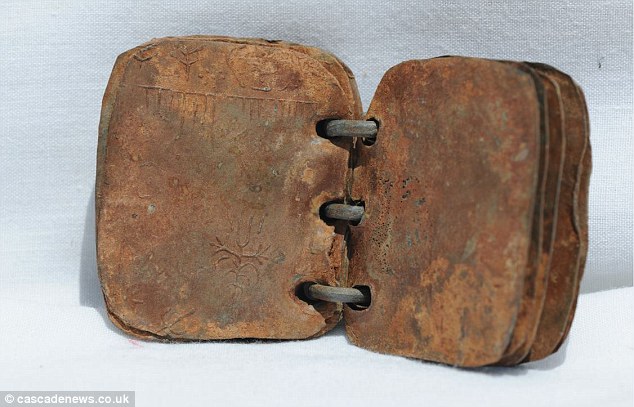 Examination has defined age of lead books of religious contents in Hebrew language. It has turned out that books which long time were considered as a fake really have been written 2000 years ago.

Books from the lead plates sewed by a wire on perforation have been found in 2008 by the bedouin by the name of Hassan Saeda. According to one version of the book have got to him by inheritance, according to other Saeda has caught them from the river during a flood in the sparsely populated region of Jordan where in the 70th year of our era the first Christians ran after suppression of the anti-Roman revolt.

Physicists Roger Webb and Chris Jeynes from the British university of Surrey have carried out the chemical analysis of metal of which the artifact has been made. The composition of alloy on the basis of lead was identical to structure of the ancient Roman lead plate found in England which age made about 2000. The isotope analysis has excluded probability that plates have made in the 20-21st centuries. Corrosion traces also indicate that the age of plates is approximately equal to two thousand years, scientists explain.

The text of books was provocative to modern measures: in him, for example, it is claimed that God in whom the prophet Jesus believed was at the same time and men’s, and female, and also that Christ’s doctrine was not new religion, but revival of the ancient Judaic religious tradition which is going back to time of government of the legendary tsar David.

In books the story about god’s phenomenon to people is written also down during Jesus Christ’s prayer in the temple of Solomon, and names of apostles Jacob, Pyotr and Ioann are mentioned. By way of illustration on one of pages Jesus’s portrait is placed.