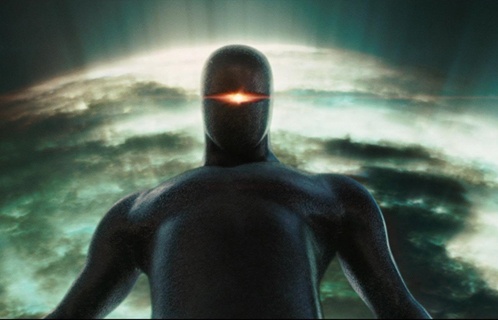 Scientists are increasingly coming to the conclusion that many thousands of years ago there was a nuclear war between ancient Asarians and space aliens, which led to an ecological catastrophe and a change in the living conditions on our planet.

There are many confirmations of this hypothesis. On Earth, there are a lot of traces of the effect of radiation. Animals and humans have mutations that cause cyclopoiesis (in Cyclops the single eye is above the bridge of the nose). From the legends of different peoples, one can learn about the existence of cyclops that are at war with humans.

Secondly, radiation leads to polyploidy – doubling the chromosome set, which causes gigantism and doubling of the organs: two hearts or two rows of teeth. Scientists periodically find on Earth the remains of giant skeletons with a double row of teeth.

The third direction of radioactive mutagenesis is mono-holoidy. Although even now this race on Earth is the most widespread, but earlier there were much more Mongoloids – they met in Europe, and in Sumeria, and in Egypt and even in Central Africa.

Another confirmation of radioactive mutagenesis is the birth of freaks and children with atavisms (return to ancestors). Radiation leads to a six-fingeredness that occurs in Japanese survivors of the American nuclear bombing, as well as in newborns of Chernobyl.

Over a hundred craters with a diameter of 2-3 kilometers are found on Earth, among which there are two huge ones: in South America (diameter – 40 km) and in South Africa (diameter – 120 km). If they were formed in the Paleozoic era (350 million years ago), then nothing would have been left of them long ago, because the thickness of the upper layer of the Earth increases by about a meter in a hundred years. And the funnels are still intact. This suggests that a nuclear strike occurred 25-35 thousand years ago. Taking 100 funnels for 3 km, we get that 5000 Mt of bombs were blown up for the war with the asuras.

These facts confirm that there was a nuclear war. The fire burned “three days and three nights” (as the “Maya Code of the Rio” narrates) and caused a nuclear rain – where bombs did not fall, radiation struck. Another terrible phenomenon caused by radiation is light body burns. They are explained by the fact that the shock wave propagates not only along the earth, but also upwards. Reaching the stratosphere, it destroys the ozone layer that protects the Earth from damaging ultraviolet radiation. Ultraviolet is known to burn unprotected skin. Nuclear explosions resulted in a significant reduction in pressure and poisoning of the atmosphere’s gas composition, killing survivors.

The Asuras tried to escape from their deaths in their underground cities, but showers and earthquakes destroyed the shelters and drove the inhabitants back to the surface of the earth. Previously, scientists believed that the “pipes” that operate in our time, coming from caves to the surface of the earth, have a natural origin. In fact, they are made with the help of laser weapons for smoking asuras, hiding in dungeons. These “pipes” have a regular rounded shape, which is unusual for funnels of natural origin (there are many of them in the caves of the Perm region, including in the vicinity of the city of Kungur).

Now it is understandable why thousands of kilometers of tunnels found in the Altai, the Urals, the Tien Shan, the Caucasus, the deserts of the Sahara and the Gobi, and the Americas have been dug all over the planet.

Perhaps, lasers were used not only for smoking asuras. As soon as the laser beam reached the molten underground layer, the magma erupted, forming with time volcanoes of artificial origin.

Those who remained in the dungeon gradually lost their sight (everyone knew the epic about Svyatogor, whose father lived in the dungeon and did not come out to the surface, because he was blind). Descendants of the asuras diminished in size to dwarfs, of which there are many legends. The short-grown creatures have survived to this day, and have not only black, but also white skin (Guinea minigets, Dopa and Kham people, a little more than a meter tall, living in Tibet).

Near to Sterlitamak (a city in Bashkiria) there are two barkhans from mineral substances. Probably, these are the two graves of the asuras; There are a lot of similar graves on Earth. But some asuras have survived to the present day. The commission on anomalous phenomena in the 1970s reported of meetings with giants growing from a 40-story building. The steps of these titans were accompanied by a strong roar, and their feet fell deep into the ground.

As for life under the earth, it is possible. According to geologists, there is more water under the earth than in the whole World Ocean, underground seas, lakes and rivers are found there. Scientists have suggested that the waters of the World Ocean are associated with the underground, and not only the water cycle between them, but also the exchange of biological species. To the underground biosphere was self-sufficient, there must be plants that release oxygen and decompose carbon dioxide. But photosynthesis, it turns out, can also occur in total darkness, it is enough just to pass through the earth a weak electric current of a certain frequency. In places where heat was released to the surface of the Earth, forms of thermal life were found that do not need light. Perhaps, they can be both unicellular and multicellular, and even reach a high level of development.

The appearance of dinosaurs on the Earth (for example, the Loch Ness monster) suggests that the creatures living under the Earth sometimes come to the surface “get caught”. Many floating beings of the times of the Asuric biosphere may have found salvation under the earth. Reports of dinosaurs appearing in the oceans, seas and lakes are testimonies of creatures that have penetrated from the dungeon, who have found a refuge there.

According to the Vedas, the asuras were large and strong, but they were killed by credulity and simple-mindedness. The gods, through deception, defeated the asuras and drove them underground and to the bottom of the oceans. The pyramids scattered all over the planet (in Egypt, Mexico, Tibet, India) indicate that the culture was one, and the earthlings had no basis for war between themselves. Those whom the Vedas call gods came from heaven, they are aliens from outer space, and the nuclear conflict was most likely cosmic.