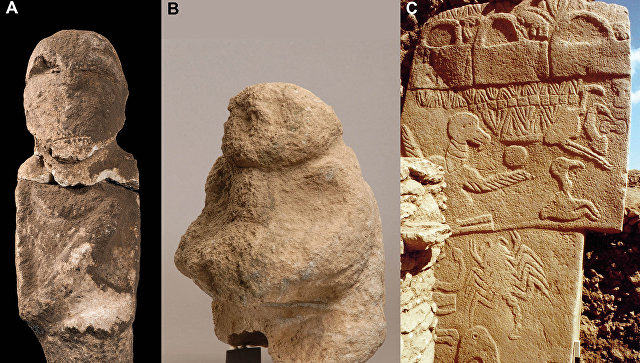 New excavations at the famous settlement Göbekli-Tepe showed that the inhabitants of Turkey of the Stone Age worshiped the skulls of dead people, which they covered with abstract patterns and lines, according to an article published in the journal Science Advances.

“The Neolithic people who lived in the south of Anatolia and the Levant paid special attention to the skulls of people, kept them in special places and decorated them with soft tissues and paints. Recently, similar skulls were found in Göbekli-Tepe, and their role and function remained the subject of debate among Scientists, “writes Julia Gresky of the German Archaeological Institute in Berlin.

Göbekli-Tepe, as well as several other sites of ancient people in Anatolia, such as Chatal-Guyuk and Tepejik-Chiftlik, are today considered to be one of the oldest traces of the existence of the first rudiments of civilization, religion and culture on Earth. Excavations, which scientists have been carrying out here since the 1960s, helped uncover many details of how agriculture arose, the first cities and art, and showed that states and the “vertical of power” had not existed approximately 8-9 thousand years ago.

One of the most unusual finds made in the territory of these settlements was the discovery of several skulls, painted with ocher and other colors. These artifacts, as Greiski tells us, led many historians and archaeologists to assume that the people of Turkey in the Stone Age could worship not the goddess mother, as indicated by the statuettes of women and other artifacts found in these camps, but by the skulls of ancestors or even enemies.

Greeks and her colleagues found the first unequivocal evidence that the inhabitants of Göbekli-Tepe, and possibly other Neolithic settlements in Turkey, really worshiped the skulls of the deceased and treated them in a special way and decorated them with patterns after separation from the body. 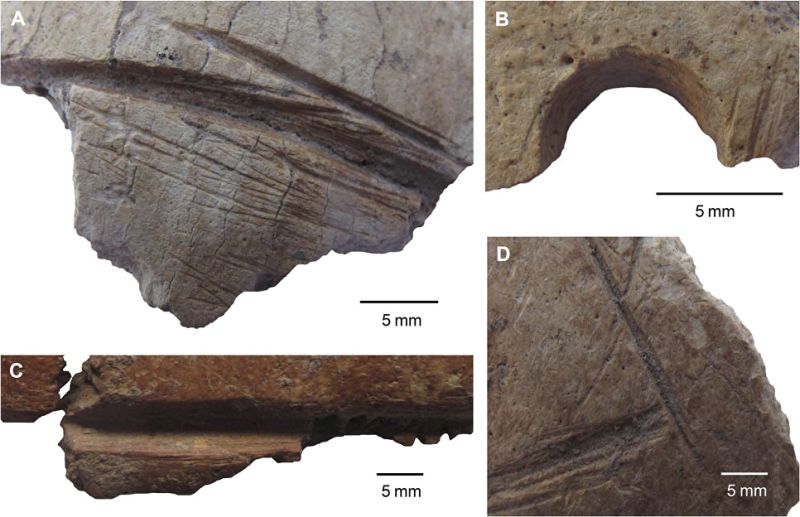 Debris of skulls with ritual drawings

To such conclusions scientists came, studying fragments of three skulls, found in one of the deepest layers of deposits in Göbekli-Tepe in two opposite ends of the camp. Approximately a tenth of these fragments, as the Grecheski team discovered, bears traces of cuts that do not occur on any other skull from Anatolia, the Levant or other contenders for the role of the “cradle of civilization.”

Scientists enlightened these fragments using a three-dimensional scanner and used their virtual copies to restore these skulls. Not all the fragments could be found, but they were still enough to find that the scratches appeared on every cranium not by accident, but were carved on it after the death of its owner.

Most of these patterns were a primitive set of holes, as well as vertical lines drawn through the middle of the human forehead, and also through the point where the ears or the back of the head were located. A small number of them were combined into a more complex drawing, similar to a tree. All these lines, judging by the shape of their grooves, were applied to the surface of the skull by means of several successive strokes with stone tools.

The shape of these lines, moreover, indicates that they were drawn virtually immediately after the death of the owners, before the bones lost their elasticity. All this, coupled with the fact that the skulls have been cleansed of the flesh before this procedure, speaks of the ritual nature of applying such patterns to the skulls of Göbekli-Tepe, which unequivocally indicates the presence in Neolithic Turkey of their versions of “skull worship” Which existed in the Levant.

The presence of such a cult in different parts of the ancient world, where the civilization supposedly could have originated, speaks of how scientists believe that ancient people could worship not only the “harmless” forces of nature, but also skulls that could symbolize both their ancestors, and what Some other supernatural forces. 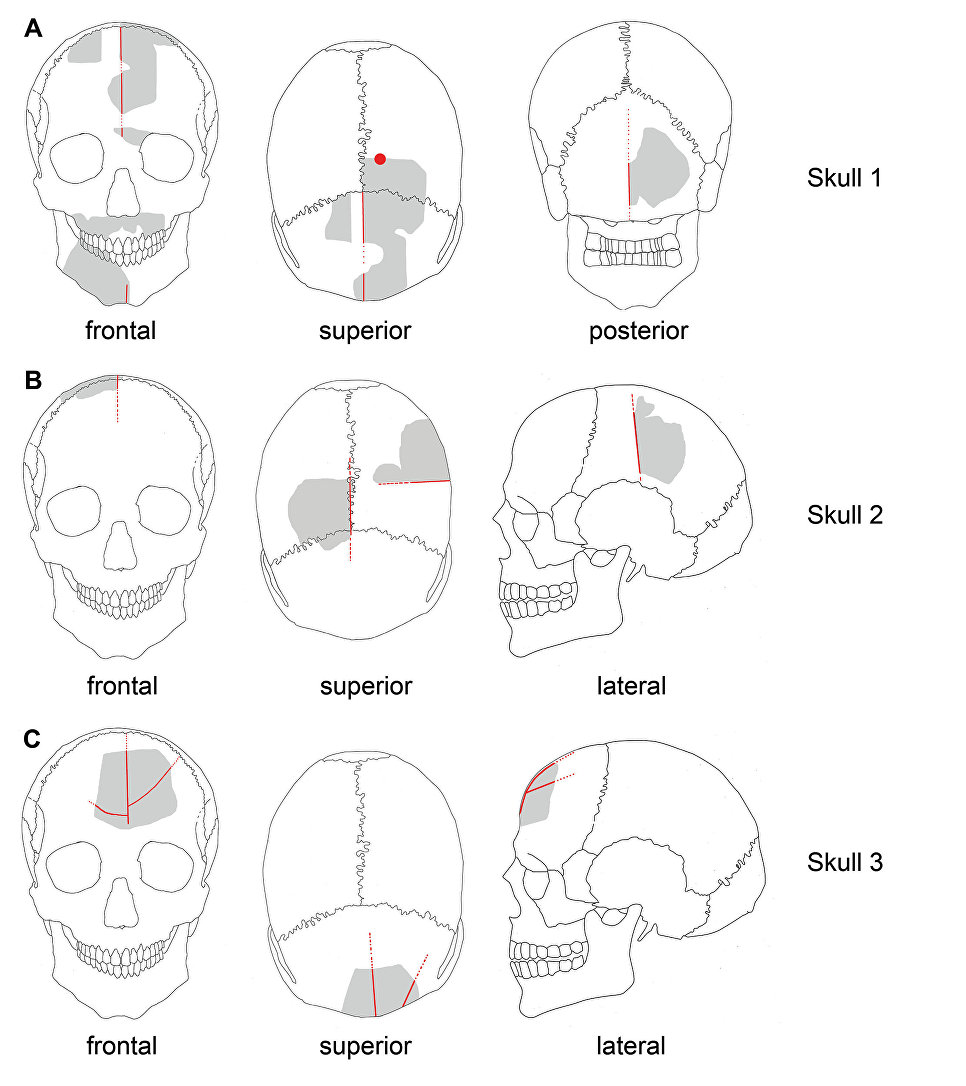