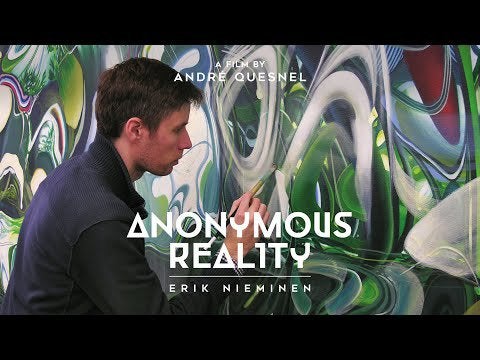 “My works present an independent reality, a world that is dependent on our real world yet is separate from it. I seek to deconstruct the reality that we inhabit in order to remake reality according the logic inherent in the painting process.”

Finnish-Canadian Erik Nieminen is a fifth generation painter from the capital city of Ottawa. He studied at the University of Ottawa and Concordia University in Montreal. Anonymous Reality captures a decade of his journey in the art world. The story takes us to Ottawa, Montreal, New-York City, London and Berlin.