Applicants for a rank of the Saint of Graal 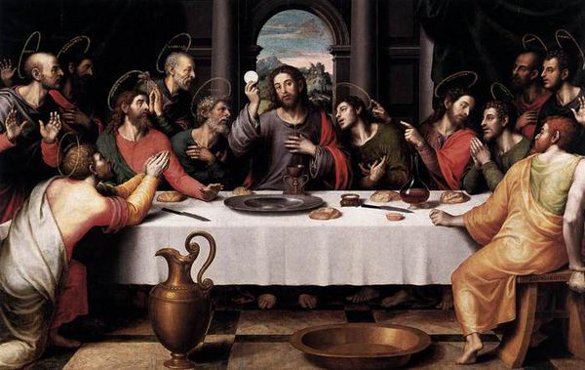 Sacred Graal call a bowl in which Iosif Arimafeysky after a crucifixion collected blood from Christ’s wounds … Attribute to this relic mystical properties — from fulfillment of desires before achievement of immortality. But nobody knows that it represents actually. Here a number of artifacts which can theoretically be this sacred vessel.

The philosopher Rene Genon claims that else to Christianity Graal was entrusted people by the highest deities. It is allegedly made of the radiant stone falling to the Ground from a crown of the archangel Lucifer and represents a big cup of unusual beauty.

According to one of versions, one of keepers of Graal, Parsifal belonging to a brotherhood of Rosicrucians for a while gave a relic to the grand master of the Round table, the secret brotherhood headed by the legendary king Artur.

Probably, knights of the Round table not just protected a sacred vessel, but also used its magic force. Many legends about magic bowls occur in early British folklore. One of them never narrates about a horn of plenty which gave to the owner food and drink, in it running low. Another says that fatally sick person could recover if Graal was at it at least eight days …

At different times different people directed on searches of the Saint of Graal (believe that it is stored somewhere in vaults of abbey of Glastonbury where also the body of the king Artur is buried).

On this Roman glass cup the Thracian tsar Lycurgus is represented. The bowl is capable to change color depending on lighting. If light on it falls in front, then it becomes green. If behind — that red. That it is the most surprising, in case of production of a cup nanotechnologies were applied: microscopic particles of gold and silver of 50 nanometers in size are added to glass — it is probable, from here and color effect … The truth of a detail of production are unknown.

To cup of all about 1600 so hardly it is related to Jesus Christ. But it isn’t excluded that this bowl to which also attribute magic properties became a source of legends of Sacred Graal in due time.

One of names of this artifact — the Genoa bowl as it is stored in San Lorenzo’s church in Genoa. The truth a relic resembles a hexagonal dish more. Sacro Catino was occupied as a trophy during the First crusade. Nobody knows precisely what origin of a bowl when and where it was made. But in the XIII century Christians were convinced that the Genoa bowl and is Sacred Graal.

Originally was considered that the bowl is made of an emerald. Though researchers of later time came to a conclusion that this just green Egyptian glass. Really, when the artifact was damaged in case of invasion of Napoleonic troops, it became clear that it consists of glass …

This fragment of a tree, only ten centimeters high, is in Wales. Once, apparently, he indeed represented a bowl. According to a legend, in the past the cup had salutary force. Such wooden vessels for drink were in the course in Palestine at the time of Jesus. The artifact was repeatedly stolen, but inexplicably it always came back to the place. The truth scientists believe that it has been made only in the XIV century so couldn’t be Christ’s “contemporary” in any way …

Some researchers consider that Sacred Graal in general could not be a bowl or a cup, this just allegoric designation of a relic. Therefore one of “candidates” for a rank of Graal is Ossuary of Jacob — an ancient calcareous box for storage of bones on which the inscription on Aramaic is engraved: “Jacob, Iosif’s son, Jesus’s brother”.

For the first time the artifact has emerged at the certain Israeli dealer in antiques assuring that remains of Christ and his family were stored in an ossuariya. Having learned about it, the management of antiquities of Israel announced a relic counterfeit and has excited criminal trial which lasted five years. However it wasn’t succeeded to prove the mystification fact.

Place of burial of Graal

If to trust the Celtic and Norman legends, then Iosif Arimafeysky after Jesus’s crucifixion has moved to Britain and has buried Graal in abbey of Glastonbury. At the same time he has thrust to the earth on the hill on the place of burial of a vessel the staff from which the blackthorn bush esteemed by locals sacred has grown subsequently. Really, and today in Great Britain there is a plant having the Palestinian origin …

But there is more to come! In Glastonbury there is a source of Chalice Well which, on a legend, originates from the place of burial of Graal. Water him allegedly has red color as there from a bowl Jesus’s blood has got, and also has taste of iron because of nails which crucified Christ Redeemer … However scientists believe that this phenomenon speaks more prosaically: in structure of the soil from where the source streams, a large amount of oxide of iron, from here characteristic color and taste enters …