Archaeologists decipher the mysterious drawings on the Rock Kochno 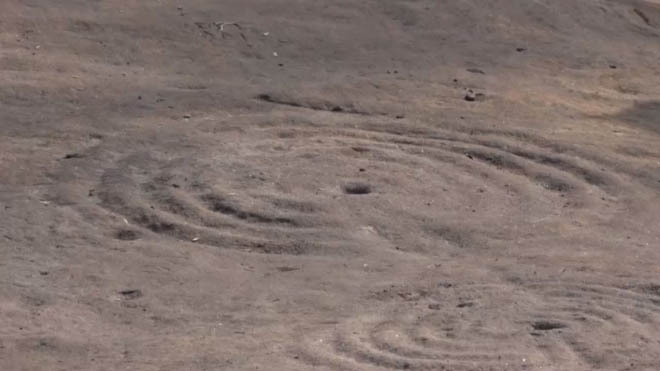 Stone Kochno was discovered in 1887. Dug his archaeologist James Harvey in Scotland on one of the farms located near the town of Clydebank in West Dunbartonshire.

The discovery became a sensation and a place of pilgrimage. And no wonder: on a stone slab measuring 18 by 9 metres was located about a hundred symbols, spirals, dots, circles, semicircles. Someone struck them. At least 5 thousand years ago.

Archaeologists from Glasgow (Scotland) was removed from the ground, and then again buried a stone slab by the age of 5 thousand years, on which is carved a whirling geometric patterns.

Stone Kochno size 13 by 8 meters decorated with so-called patterns of the Cup and the ring. On a stone slab knew the locals since the nineteenth century. Similar patterns are found in other places, but the stone Kochno is considered “one of the best examples of this art in Europe. A stone slab is completely dug up in West Dunbartonshire in 1887. Alas, by 1965, vandals ruined stone graffiti and damaged it, so archaeologists have buried him under the soil to protect from bullies. 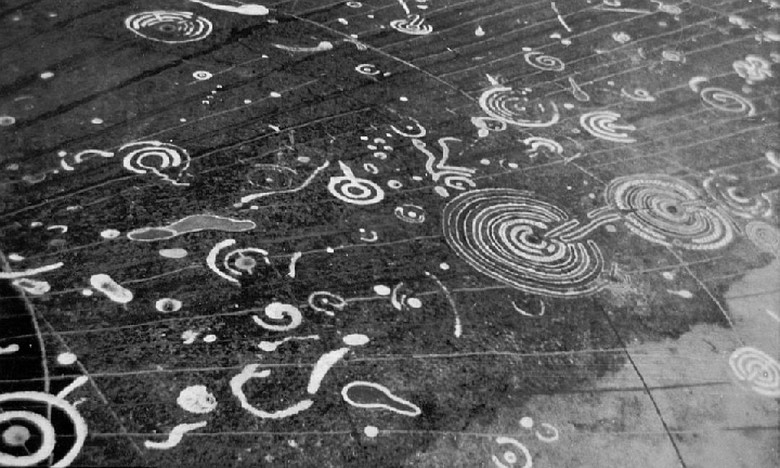 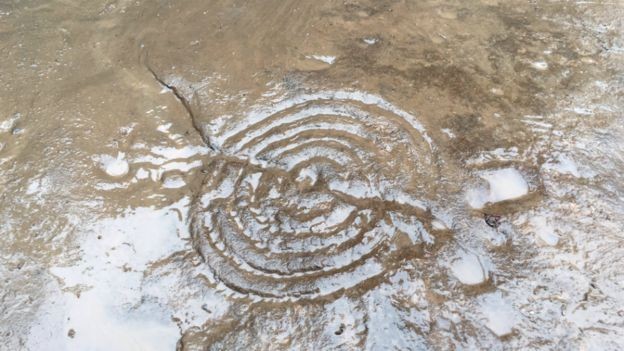 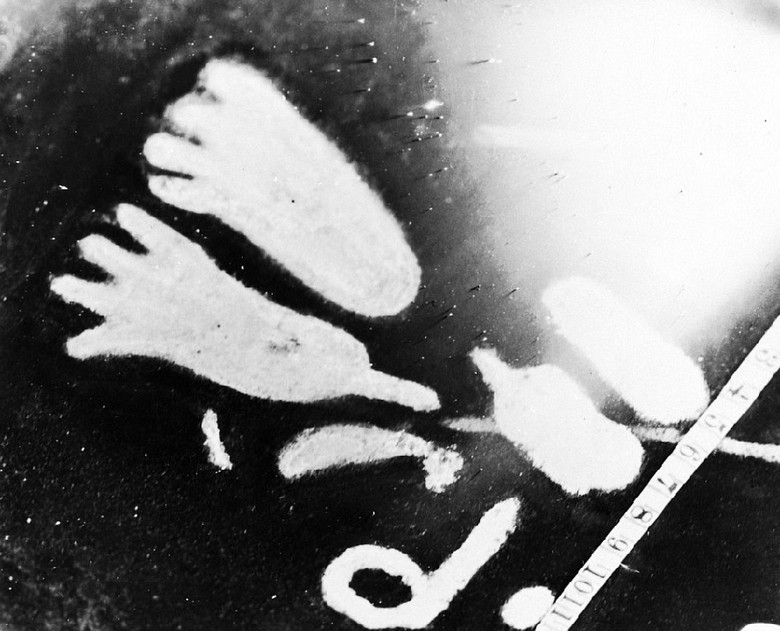 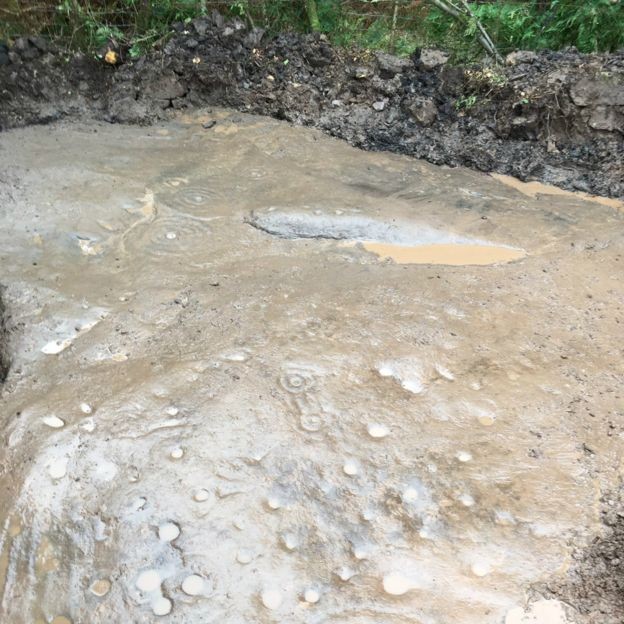 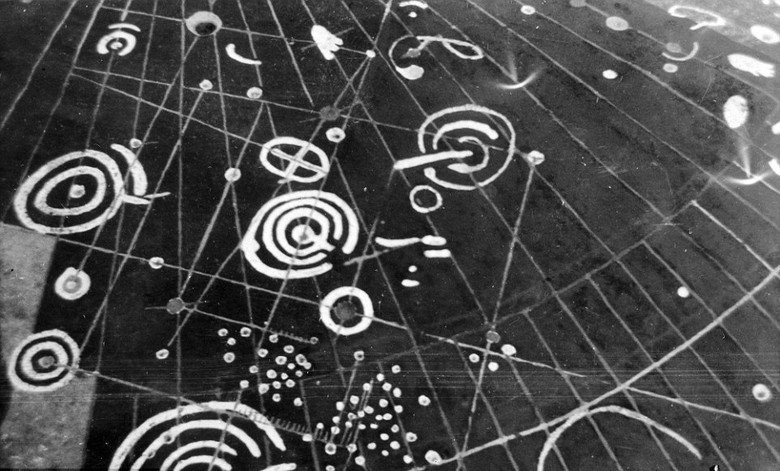 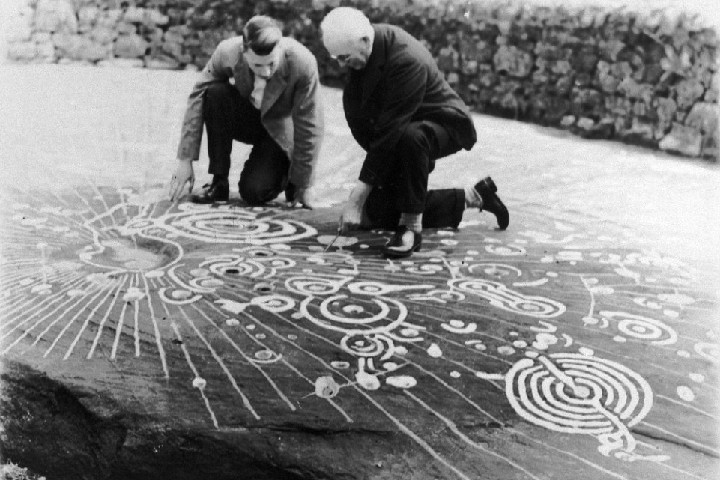 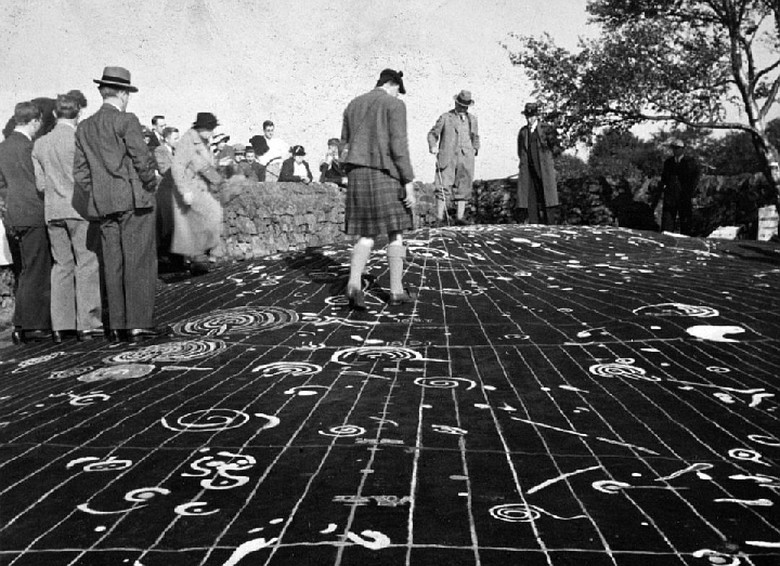 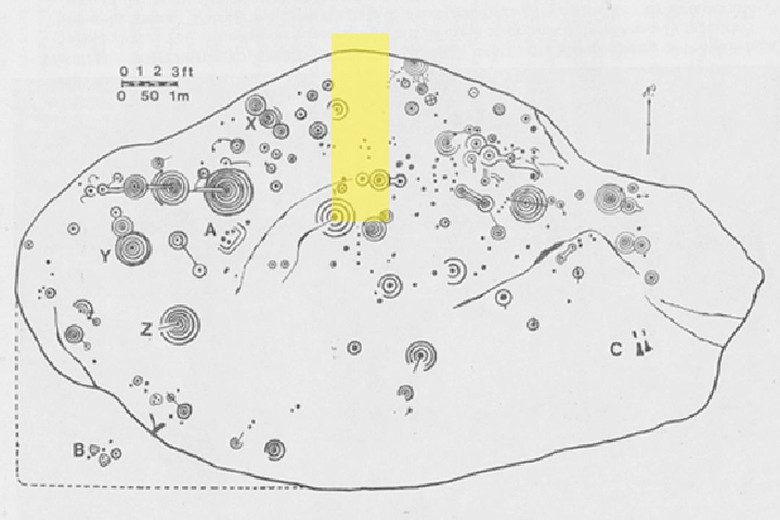 This summer, the archaeologists spent two weeks on preexcavation stone Kochno. Scientists used the modern technology of 3D imaging to create a detailed digital record of the place.

Re-extraction of stone from the ground also showed graffiti XIX and XX centuries, drawn along the rings of the pattern, and the lines deliberately drawn by archaeologist Ludovic McLellan Mann, who worked here in 1937. Mann drew the lines on the stone Kochno to measure prehistoric work of art, and see whether it has a connection with astronomical phenomena, for example, eclipses. Mann himself denied this opportunity.

Archaeologists hope that one day the area around the stone Kochno will be protected and they will not have to hide the unique artifact under the soil.