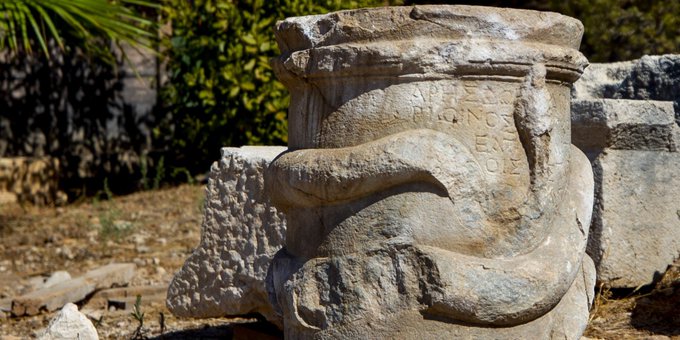 Turkish archaeologists have discovered a marble altar about 2 thousand years old with a sculptural image of a coiled snake.

The find was made on the site of the ancient Lycian city of Patara in the vicinity of the modern village of Gelemish in Antalya. Archaeologists have explored an area close to the baths of the Roman era.

Patara is often called the “cradle of civilization”. In ancient times it was one of the largest cities and the main port of the Lycian Union. Here was the famous in the Greek world the sanctuary of Apollo with the oracle.

According to researchers at Antalya Science University, this is the first such discovery in the region. Previously, similar altars were found in the province of Mugla.