Archaeologists discovered the most ancient ceramics in America in Ecuador 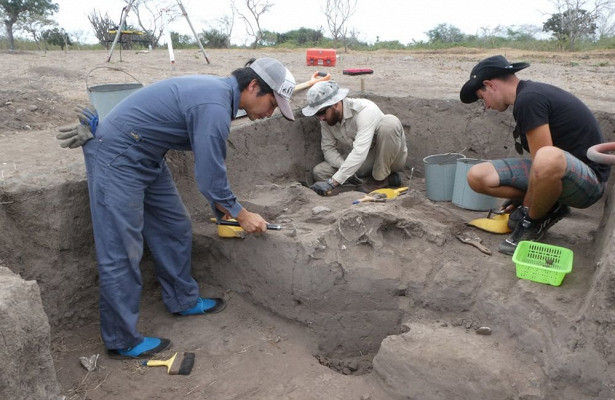 Stone and ceramic finds related, perhaps, to the little studied culture of San Pedro pre-Columbian America, found archaeologists of the Far Eastern Federal University (FEFU) during an expedition in Ecuador, the press service of the university.

Artifacts are about six thousand years old. They were discovered during excavations of the ancient settlement of Real Alto together with colleagues from the Polytechnic University (ESPOL, Guayaquil). Scientists have discovered a cultural layer that represents the first stages of the settlement of one of the most significant monuments of the ancient history of the New World.

“The excavations showed that the culture of San Pedro existed simultaneously with the early stages of the culture of Valdivia or probably preceded it, in addition, we conducted exploratory studies and outlined promising monuments of an earlier period to continue the work,” says the expedition leader, the museum’s director of the School Humanities FEFU Alexander Popov.

Of particular importance is the study of ceramics as a unique way of identification, which can show ethnic history, features of the economic way of ancient people. The subject analysis of finds and their age can give new information about the development of ancient cultures and the appearance of ceramics on the Pacific coast.

Archaeologists of FEFU have been working in Ecuador since 2014. Their goal is to compare human adaptation to environmental changes in antiquity on the opposite sides of the ocean – the shores of South America and East Asia. In parallel, research is being conducted in the southern Primorye, including on the Russky Island.