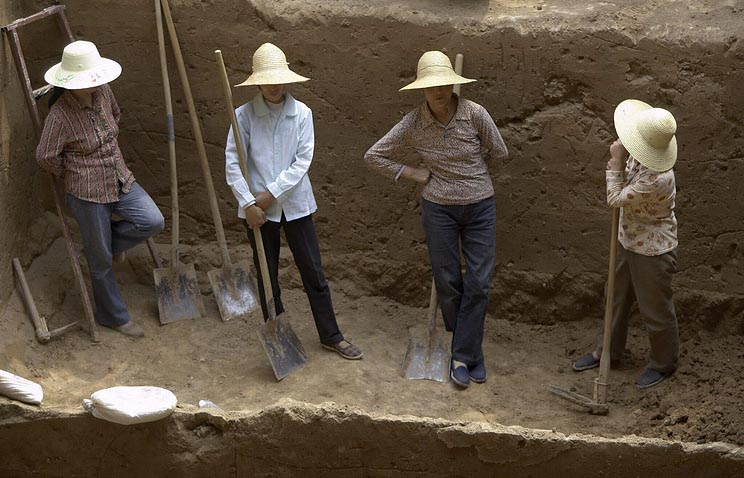 Scientists have discovered 18 ancient burials in the central province of Henan, belonging to representatives of the Hun people, who roamed the country 1,8 thousand years ago.

“All these compact burials inside are laid out of bricks and they can not be attributed to the classical burial grounds of the Great Chinese Plain.They presumably belong to the late period of the Eastern Han dynasty (25-220 AD), that is, they are of the order of 1.8 Thousands of years, “said Shen Wenxi, an employee of the Chinese Academy of Social Sciences, in an interview.

According to him, the tombs found are quite well preserved, in almost every burial place archaeologists have found ancient artifacts, in particular, bronze cauldrons. “Each of them has two openings on the sides, for which the pots are suspended above the fire when they are preparing food.” Such a design is characteristic of nomadic peoples, “added Shen Wenxi.” According to our estimates, these artifacts belonged to the Huns and those who had to them Direct relationship. ”

In addition to the boilers in the cemeteries, beads, gold earrings, daggers, and other items of everyday life of the Huns were found. As experts emphasize, burials are of particular importance, because unlike all other analogs are absolutely untouched by robbers. This allows scientists to find out new important details of that remote era. It is expected that all burial grounds will be opened by November, after which archaeologists will begin their comprehensive systematic study.