Archaeologists found in the ancient Harbor of Piraeus 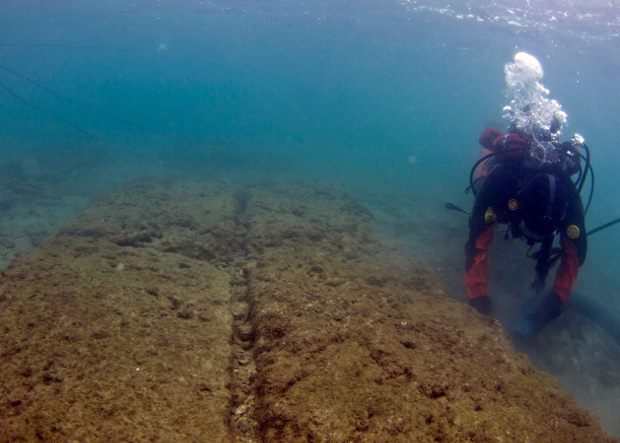 Danish archaeologists said on military buildings found on the bottom of the port of Piraeus in Athens. Found fortifications and docks for military ships were built during the fifth and fourth centuries BC and played an important role during the battle of Greek and Persian fleets at Salamis.

The team of Danish archaeologists conducted land and underwater excavations in the ancient harbours of Zea and Munici in the Athens port of Piraeus from 2002 to 2012. In 2010, a local fisherman pointed out to the researchers at the remains of the military fortifications era of the battle of Salamis (480 BC). In his childhood he was fishing, sitting on an antique column, which protrude from the water in the Harbor Munici. After that, the scientists for two years spent in this place excavations, in which were found six naval docks, which were covered ramps for warships — triremes. Using radiocarbon Dating, archaeologists determined that they were built in the 520-480 BC. 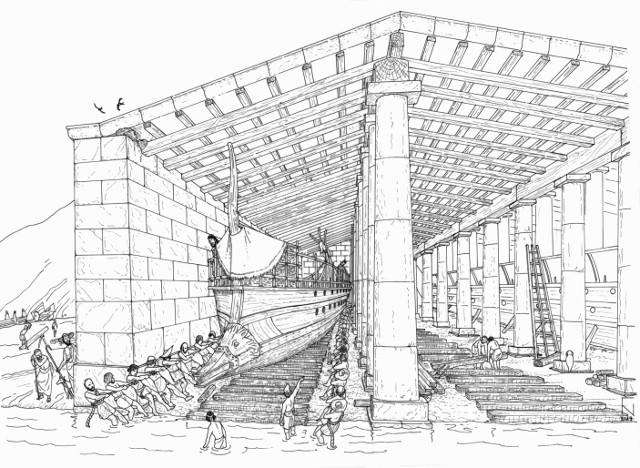 Later in the port of Zea were found 15 docks, stretching for 132 meters along the Eastern side of the harbour. They were built after the battle of Salamis, at a time when Athens continued to increase its military power and doubled the number of military vehicles with 200 to 400 triremes.

During the excavations, archaeologists discovered a variety of types of walls, roofs, foundations columns, which belong to different types of ship building berths and docks, built over 150 years. Complex ship docks, discovered by scientists, occupied an area of approximately 13,000 square meters (the area of two football fields). It consisted of 22 docks, each of which were two triremes. 44 trireme, housed in the complex, could take on Board 8 800 people.

In addition to ship docks, archaeologists discovered Harbor fortification Munici malls. Fortifications on the southern side of the harbour was a wall with a width of 10 meters, 146 meters in length and in height from 10 to 15 meters. On the North mole was the entrance tower, a width of 13 meters. “It became clear that the Harbor was a … a “closed harbour”, like most of the naval ports of the time,” explains one of the participants of the project Mads møller Nielsen. “This means that the port was fortified from the sea massive malls and he had a wide Central entrance through which I had to go through all the ships entering the port. According to Greek sources the harbour it was possible to “lock” with the chain, which was stretched between two towers located on opposite sides of the harbour. 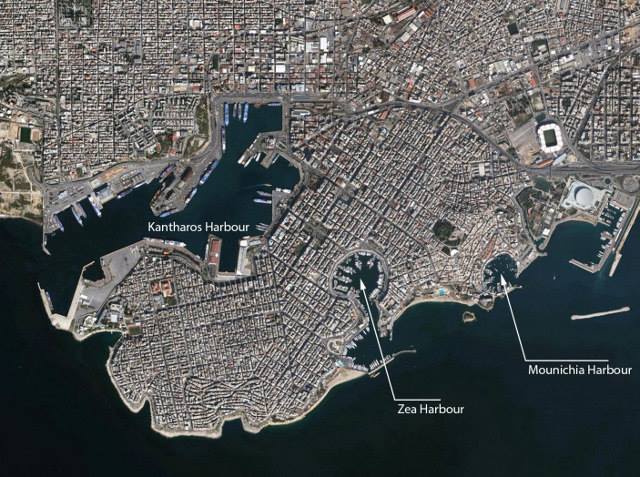 In 490 BC the Greeks defeated a Persian army at the battle of Marathon. After a few years the Persian king Darius died and came to power, his son Xerxes, who began preparations to March on Greece. In Athens in 490 years BC came to power, Themistocles, who in the eve of the war with the Persians had fortified the Harbor of Piraeus and increase the Navy of Athens from 70 to 200 triremes. In the battle of Salamis, the allied fleet of the Greek cities defeated the more numerous fleet of the Persians, led by Xerxes.

After the battle of Salamis the Athenians continued to strengthen its fleet and gradually became the leading sea power. The “Golden age” of Athens as a Maritime power lasted until 322 BC, when there was a naval battle with the Macedonian fleet, which the Athenians were defeated.