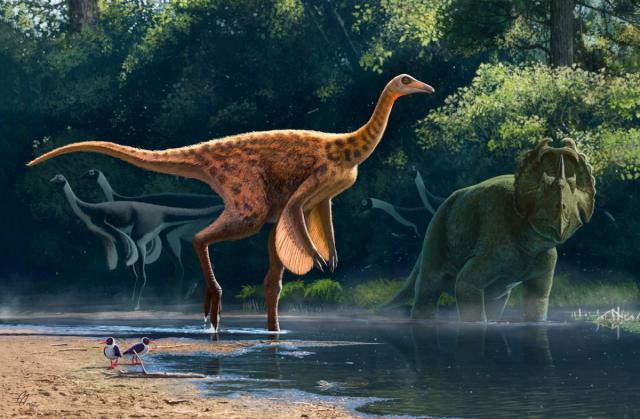 International group of paleontologists reported the discovery of a new species of dinosaur similar to ostriches. Fragmentary remains of a copy was found in the canadian province of Alberta in 1934, however, for many years, scientists believed that they belong to another dinosaur Struthiomimus altus.

The new species was named Rativates evadens. The dinosaur lived during the late Cretaceous about 76 million years ago.

In length Rativates evadens reached 3.3 meters, and height – 1.5 meters. The dinosaur weighed about 90 kg. According to paleontologists, Rativates evadens much like the ostrich, if not to take into account its long limbs and tail. 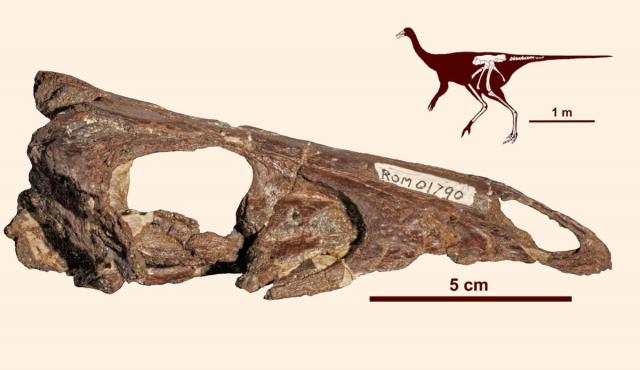 Although Rativates evadens belongs to the group of predatory dinosaurs to therapoda, he had no teeth and had like a bird’s beak. Researchers believe that this dinosaur was omnivorous. He could eat both plants, and insects and other small animals.

Rativates evadens had strong legs that allowed him to run fast. This ability dinosaur could use for hunting and to escape from predators.

Scientists suggest that Rativates evadens had feathers, although the prints of his skin was not detected.