Archaeologists found the cemetery of the mysterious biblical people 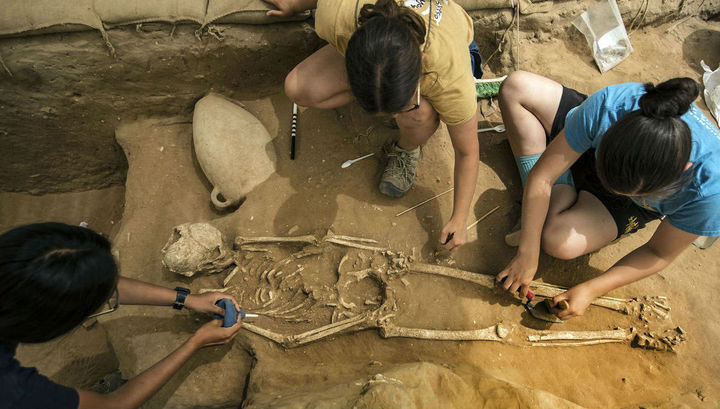 American archaeologists have published the results of discoveries made three years ago, but this time stored in the strictest confidence. Ancient cemetery discovered in Israel could shed light on the origin of the mysterious biblical people, the Philistines.

It is believed that the Philistines, along with the Hittites were the first peoples in the middle East, owned the technology of smelting iron. They had a full-fledged state, but formed a coalition of five cities. The mysterious culture left behind many pottery and other products, but so far researchers are not faced with their biological remains.

In 2013, during excavations mentioned in the old Testament the city of Ashkelon, funded by the Leon levy Foundation The Leon Levy Expedition to Ashkelon), a team of archaeologists stumbled across a large number of graves. Very soon scientists realized that they were dealing with a cemetery belonging to the period between the eleventh and eighth centuries BC.

In three years of excavations, researchers discovered the remains of more than 200 people in several burial halls. Near the dead were found the food, perfume and jewelry, and weapons. And all this time the work was carried out in secret, so as not to attract the attention of Orthodox Jews, who have repeatedly opposed such research.

“After decades of study that the Philistines left behind, we finally met face to face with the people themselves, – said one of the leaders of the excavations, Professor Daniel Master, Daniel Master of Wheaton College. –This discovery brings us closer to solving the mystery of their origin”.

The Philistines often referred to as the main villains of the old Testament (hence, the attitude of Orthodox Jews, and secrecy). They controlled the territory South of modern Israel and the Gaza strip and regularly attacked their Northern neighbors – the Israelis. Once they managed to capture the ark of the Covenant. Of the Philistines were notorious characters of the Bible stories as Delilah, who tricked ferreted out the secret of the strength of Samson, and the giant Goliath, defeated by David in a duel.

The first evidence of this culture belong to the twelfth century BC, and these artifacts, according to experts, are very different from the products of other peoples who inhabited the Eastern coast of the Mediterranean sea. For example, they produced ceramics with paintings in the Greek style, and used to eat pork, and sometimes dog meat. Many historians believe that the Philistines originate from the island of Crete. But there are other versions, according to which people could arrive from mainland Greece, from Cyprus or from modern Turkish Anatolia.

To date, the lack of large graves in the Philistine centers associated with the specifics of burial tradition. Archaeologists studying this question, even started to joke that the Philistines, probably buried their dead in the sea, like the Vikings.

Despite the fact that archaeological excavations under the auspices of the Leon levy Foundation were held regularly in Ashkelon since 1985, discover a full cemetery was only after an elderly employee of the Department of antiquities of Israel remembered the burials found in the early 1980s, when construction work outside the North wall of the ancient city.

First results of the study showed that the burial practice of the Philistines was very different from that of the neighbouring Jews and the earlier Canaan. Instead of putting the body into the chamber, and then, after a year, transfer the bones to another place, the ancient people buried their dead one or a few people in the pits. A few graves were found traces of cremation. 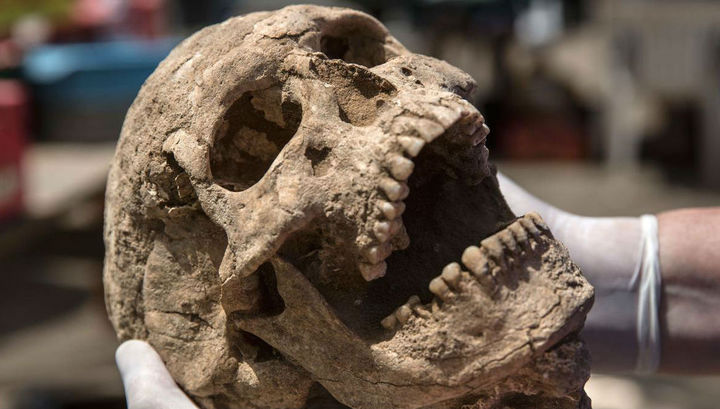 It is interesting that, unlike, for example, Egyptian tombs, to the Philistines for each of the deceased have very little related items. It could be just a few decorations or items of pottery, is sometimes found tiny vials, in which, presumably, could be perfume.

Of particular interest are children’s burials. First, very few of them, and secondly, all the dead are covered with a “quilt” from pieces of pottery. Archaeologists can not yet say with certainty whether these practices with the cultures of the Aegean sea.

The team is now radiocarbon research and analysis of DNA samples obtained from the bones. Scientists hope that soon it will help to solve the mystery of the mysterious origin of the Philistines.

Currently, the veil of secrecy from the research removed and some of the findings were already presented at the exhibition in the Archaeological Rockefeller Museum in Jerusalem.