Archaeologists found the grave of the Viking in Karelia 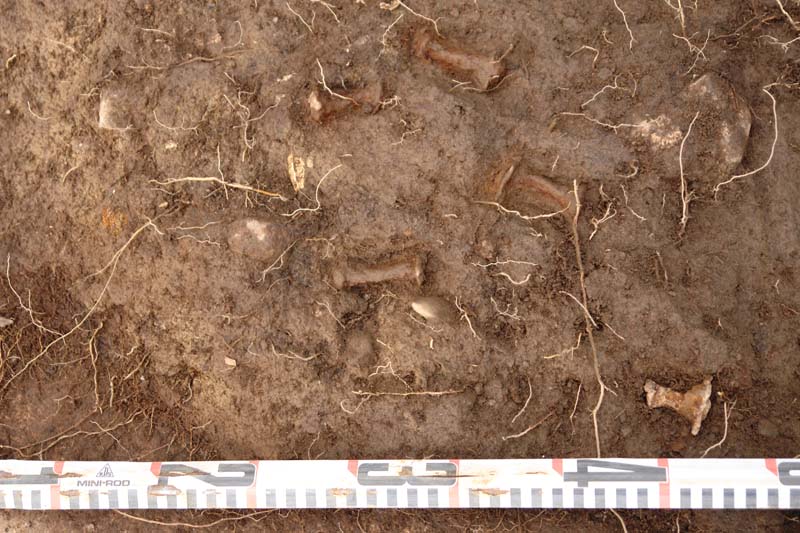 The Priladozh archaeological expedition of the MAE RAS found a unique burial site in the Lahdenpohja region of the Republic of Karelia during excavations at the Kalmaniemi 1 burial ground (Kalmaniemi – the Finnish Cape of Death).

The head of the researchers Stanislav Belsky says that most likely there will be only a single burial on the spot. It is located on the shore of the bay of the northern coast of Lake Ladoga. At the same time, there were no external signs on the modern surface.

Under the layers of land, archaeologists managed to find a funeral for the cremation ceremony on the side. Probably, for the burial a hole at the edge of the rock was chosen. The body from above was covered by a ship 7-8 meters in length. The depth of the rook was small, so it decayed. But its size is judged by the rivets of various types found. There were also no traces of fire on the metal parts. That is, the buried was cremated without a boat.

Also in the burial were found the armaments peculiar to the early Viking Age (IX century, the first half of the 10th century). In the grave lay the tip of a spear, two battle axes, three pommel headstones with noisy pendants. Also found several beads, which, by all accounts, visited the funeral pyre.

“The open complex is unique not only for the Northern Ladoga area, where for the first time this kind of funeral object was discovered and fully explored, but also for Northern Russia as a whole.” Currently, burials with rooks, which, according to the established opinion, are associated with the Scandinavian tradition, In Russia were known only in the Southern Priladozhye (Ust-Rybezhnaya), the burial ground of Plakun (Staraya Ladoga), as well as in the large barrow necropolises of Gnezdovo and Timerevo, “the press service of the MAE RAS reports. 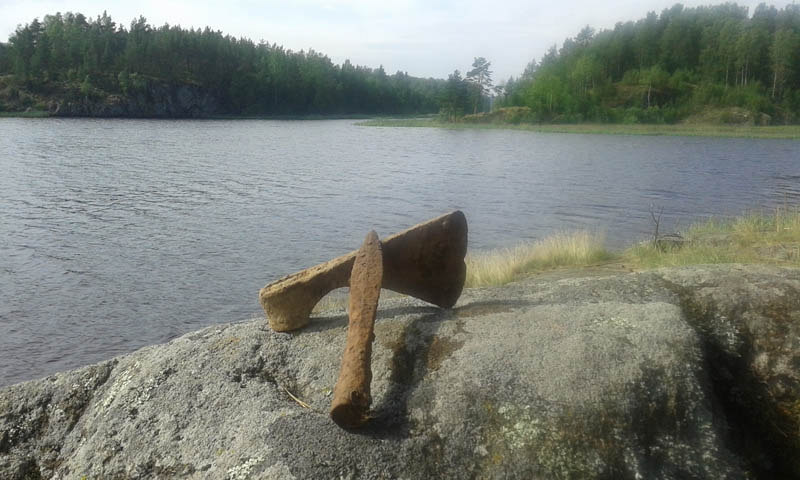 Thanks to the find it will be possible to assert that the Scandinavians or the bearers of their culture were present on the northern shore of the Ladoga Lake for a long time. It is not excluded that this confirms the sagas about the campaigns to Kiryalabotnir (Karelian bays).

A historical monument was discovered during the exploration in 2016. Excavations were carried out in the framework of research work on the formation of ancient and modern populations of Eurasia and America.