Archaeologists have completed a study of the ancient Egyptian necropolis 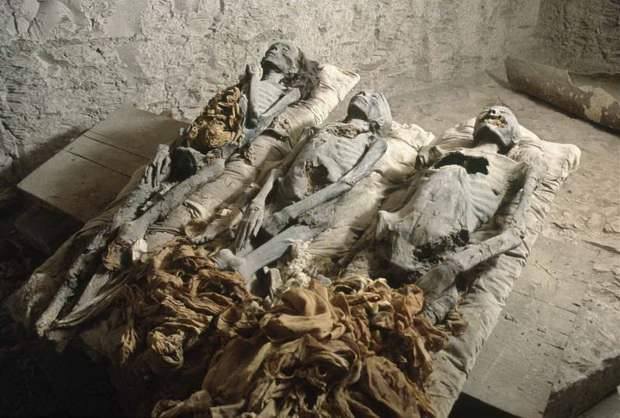 Scientists have finished studying the cemetery during the reign of the 23rd and 24th dynasties (8-7 centuries BC) in Egypt. A Royal necropolis located in the temple of Hatshepsut. Archaeologists put an end to a decade-long investigation of an unusual cemetery, which was created during the troubles in Egypt, the so – called Third transition period when power in Egypt passed into the hands of the kings from Libya and then from the Nubian Kingdom of Kush (today’s Sudan). Later, these kings were described as the “black pharaohs”.

Almost before 900 BC Hatshepsut’s temple was destroyed in a global cataclysm. Probably as a result of a strong earthquake hundreds of tons of stone collapsed into the sanctuary, with its surrounding hills. The famous temples of Karnak and Luxor on the East Bank of the Nile, also suffered considerable damage.

Overall, the archaeologists found about 20 graves in the temple cemetery. The entrance, made in the form of shaft to a depth of several meters, leading into the rock, ending one of the undecorated burial chamber, located in the floor of the temple. Many of the graves had been looted in ancient times, but scientists were able to identify some of those who were there buried.

One of the graves, belonging to the vezir Papiamentu, partly open to tourists. On the descent into the niche under the floor of the Hatshepsut temple was fitted with glass partition, do not create obstacles to the visual study of the monument.