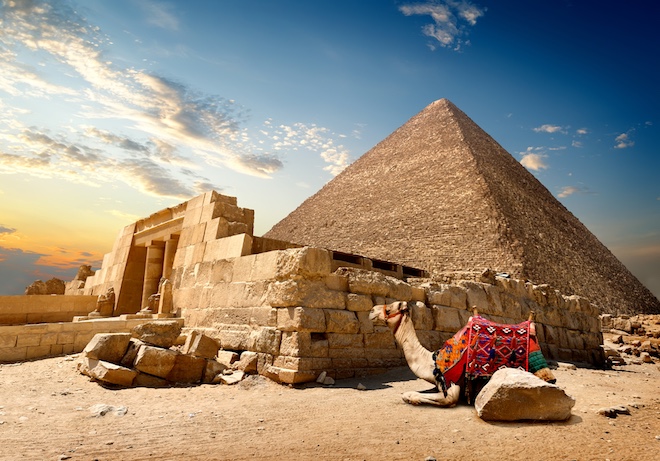 A group of archaeologists from the Foundation of Glenn’s dealing with the measurements of the great pyramid, made a statement that some media incorrectly interpreted the information on skusenosti structure.

Recently, many publications citing the archaeologist Dasha told that the pyramid of Cheops not as perfect as previously believed. A group of scientists under the direction of archaeologist Glenn Dasha for several years engaged in the search for unknown parts and secrets of the great pyramid of Cheops. The specialists faced the task to make high-precision measurements into account the fact that in the days of Pharaoh the pyramid was decorated with tiles of limestone.

Over time, the veneer was dismantled by local residents. The architects managed to restore the original image of the pyramid, examining the pieces of limestone that were left in some places, and observing how the platform is installed, which includes a pyramid. Because of this, they were able to see the edges of the structure on the surface of the earth and thus make accurate measurements.

Journalists have told that the Western side was on 8-14 inches long Eastern wall, which is beveled on one side and of the base not get a perfect square. The archeologist also stated that it never said such.

The fact that the pyramid is so damaged that the scientists had to do the measurements are not absolute values, but at certain intervals. Dash notes that his words should be read thus: with a probability of 95 per cent of the Western wall of the long East approximately 7.6 inches, but this does not indicate that it must be beveled. The researcher was advised to write to journalists that “pyramid — almost perfect.”

For the form of the base, then, according to Dasha, it represents a parallelepiped that is slightly beveled relative to the axis.

In General, the archeologist noted the high accuracy in the construction of the pyramid, it is not inferior to modern technology. Those errors, which in the course of the study, the researchers found, are formed in a certain pattern, confirming that dash and his team will be able to unravel the mystery of how it was built this wonder of the world.