Archaeologists have discovered a skull encrusted with minerals teeth 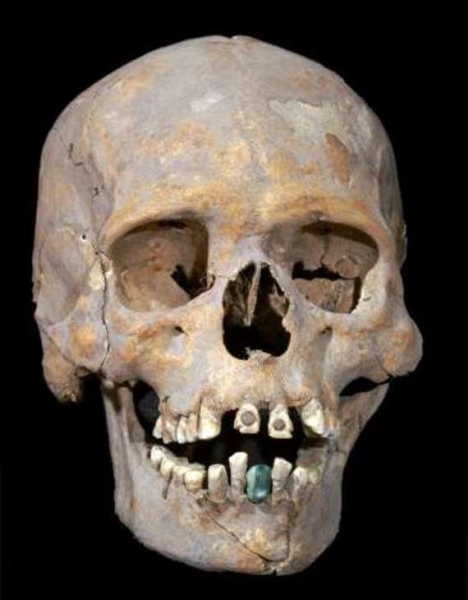 Recently, archaeologists discovered the skeleton of a woman, who belonged to the high society and who lived 1600 years ago. Interestingly, the skull was intentionally deformed, and the teeth encrusted with mineral stones. The finding was discovered near the ancient Mexican ruins of Teotihuacan.

The woman was 35 to 40 years old when she died and she was buried surrounded by 19-year-jugs with offerings. Its skull was elongated, a method of “compression of the skull was widely practiced in the southern part of Mesoamerica, and not in the Central region, where it was found.

Another feature proving that this woman was a “foreigner” in Teotihuacan round two – pyrite, which was encrusted her upper front teeth – a technique used in areas of habitat of the Maya in southern Mexico and Central America. The woman also wore a prosthesis of the lower teeth, made of green stone known as serpentine.

Mysterious pre-Hispanic city of Teotihuacan, located about 50 kilometres (30 miles) North of Mexico, flourished between the first and eighth centuries, after which civilization inhabiting it disappeared. Two majestic pyramids of the Sun and moon are to our times the major tourist attractions of this place.