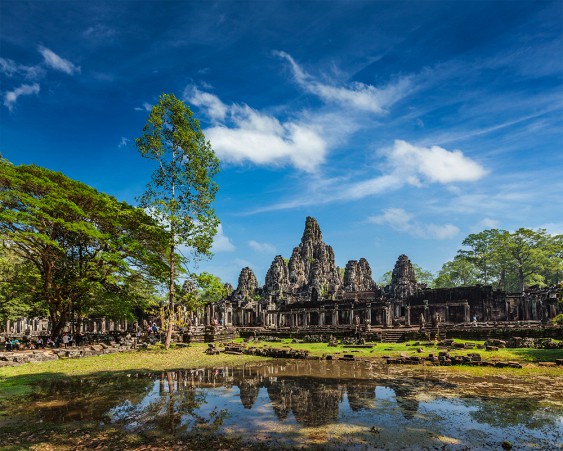 Archaeologists have discovered in Cambodia the medieval town, which was not in documents and historical references. Finds were discovered near Angkor Wat — a giant Hindu temple complex in the North-West of the country.

To do this, scientists used advanced laser technology LIDAR, helicopter scanned the area and designed a three-dimensional topographic model of what can be hidden under woodland for archaeological analysis.

We are talking about the ruins of buildings that were hidden from view under the ground — the shape of cities one of the largest empires of the 12th century.

“A team of archaeologists found a whole new city with a developed water supply system that was built hundreds of years before it became known in the region. We don’t know who they are and what caused their collapse, but they are clearly associated with the rest of the temple complex of the Khmer Empire,” — said in the published video footage of archaeologists.

Data about his find Australian archaeologist Dr. Damian Evans, is published in the journal of Archaeological science on Monday and will report to the Royal geographical society in London.