Archaeologists have discovered the oldest on the territory of Moscow, the inscription 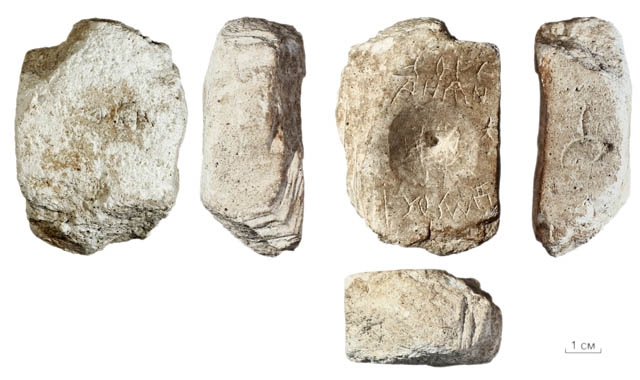 Russian archaeologists during excavations of the 14th corps of the Moscow Kremlin discovered the oldest on the territory of Moscow inscription. It dates from the late XII — early XIII century.

The text was printed on stone mould for casting metal weights. She was scratched about 15 letters, some were located in mirror tracing. The researchers were able to distinguish only four letters, which are read as “РИЯН”, the remaining letters could not be read. According to the researchers, jewelers sometimes signed molds, however, such findings are rarely found in ancient cities.

During the excavation, scientists also studied about 100 burials of the necropolis of the monastery of XV-XVII centuries, including several burials in sarcophagi of white stone with a semicircular headboards. The necropolis occupied the entire Central part of the monastery, it was a place of burial of not only monks and secular aristocracy, the most famous representatives of the boyar families. Unfortunately, over the graves no headstones with inscriptions, which archaeologists could identify.