Archaeologists have discovered the ruins of the castle of king Arthur 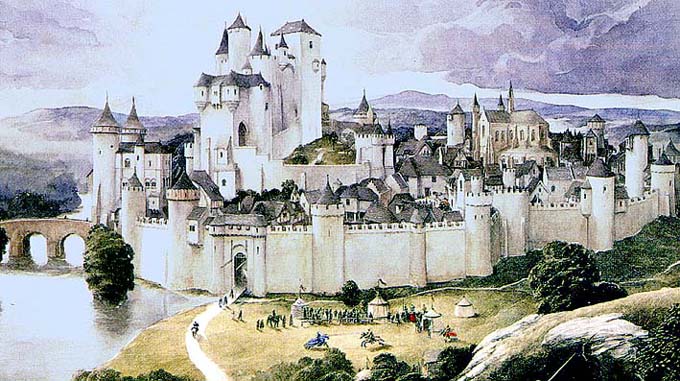 Ruins of the medieval castle that could belong to the Central hero of the British epic and many tales of chivalry king Arthur, was found by archaeologists in Cornwall in the South West of England.

The ruined castle wall thickness greater than one meter, steps and floor of stone slabs was discovered by scientists near the village of Tintagel – a place that traditionally associated with the legends about Arthur. Scholars date the excavations of the V-VI century and believe that there was situated the residence of the rulers of the brythonic Kingdom of Dumnonia. The legends of king Arthur relates his Board just in time for this interim period.

The site was discovered many fragments of pottery and glass and amphorae, which transported wine and olive oil. This suggests that the inhabitants of the castle belonged to the higher strata of society.

As the newspaper notes, the discovery will certainly cause strong repercussions, attracted scholars and the General public to this sight.

The legendary leader of the Britons king Arthur according to legend he lived in V-VI century. Evidence of the historical existence of Arthur is still not found. Historians argue whether the character of specific historical prototype or is a fusion of different historical and mythological figures. The Royal castle of Arthur traditionally called Camelot, but for the first time this name appeared only in the French knight novel of the XII century Lancelot.