Archaeologists have found fossil remains of the terrible worm 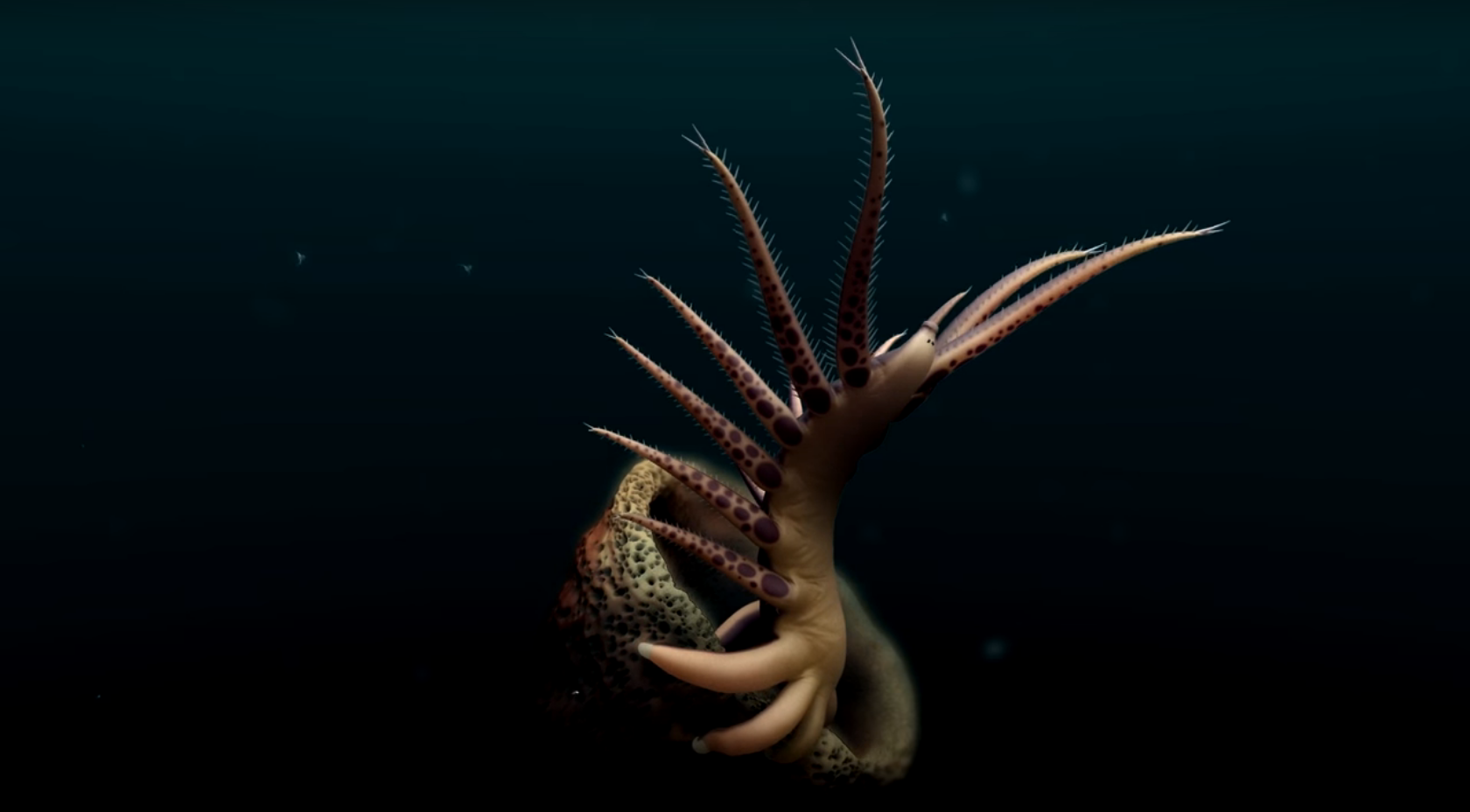 During excavations in British Columbia on the fauna of the Burgess shale, scientists have discovered the fossils of worm age of 500 million years. Named Ovatiovermis cribratus, the newly discovered animal was only a few centimetres in length and feed by filtering the water. He was waving extremities, attracting a small sacrifice. Taking into account its incredible antiquity and unique physical characteristics, the scientists say that this is one of the earliest examples of arthropods.

Lobopodia lived in the early Cambrian period and is known for its worm-like body and bristly limbs. As other representatives of the kind of Ovatiovermis cribratus had about 20-30 limbs, but unlike the others did not have protective spines.

Researchers from the Royal Ontario Museum Jean-Bernard Caron and Cedric Aria reviewed a few fossil was found, amounting to a detailed plan of the animal body. In the upper part Ovatiovermis cribratus were long and thin legs with two rows of bristles, the lower part was thicker and rougher, more like the root. The animal was filtration organism, was attached to the bottom hooks and scoured the water in search of food with their forelimbs.