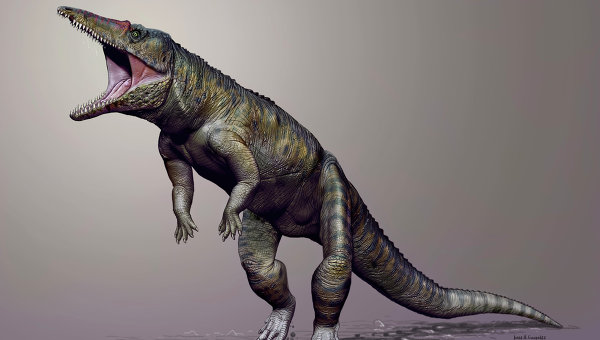 Paleontologists have found in Texas the remains of an unusual three-eyed reptile that lived about 225 million years ago on Earth, almost indistinguishable in appearance from butting dinosaurs-pachycephalosaurus, but it was the crocodile, according to a paper published in the journal Current Biology.

Reptile Triopticus is a great example of that convergence between dinosaurs and their relatives from the kind of crocodile was much more common than we expected. Those, as we believed, unique body shapes of dinosaurs actually originated on Earth in the era of the dinosaurs, but much earlier, during the Triassic period, 225 million years ago, ” says Michelle Stocker (Michelle Stocker) from the University of Virginia (USA).

How to tell the paleontologists, the Triassic was a very interesting epoch from the point of view looked like the fauna of the Earth at that time. Among the predators was not clearly defined leader — the undisputed kings of the food mountains of the Paleozoic era, saber-toothed zveroyaschery-gorgonops, became extinct during the great Permian extinction, and the various groups of the so-called archosaurs, which includes crocodiles, dinosaurs, fought for the vacant place.

A vivid example of this struggle is Carnufex carolinensis is a giant three-metre crocodile that walked on two legs and was the main king of food chains in North America 225-220 million years ago. In their appearance it was more like a bipedal predatory dinosaurs like VelociRaptor than in modern crocodiles. 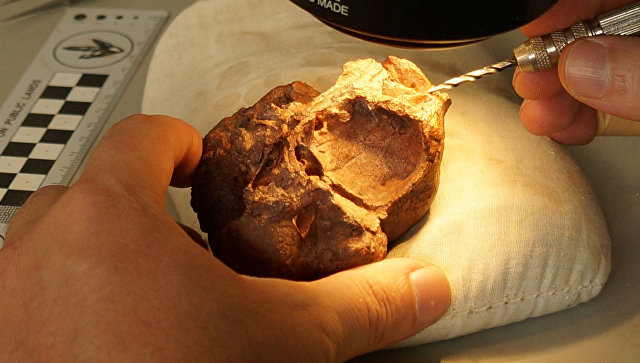 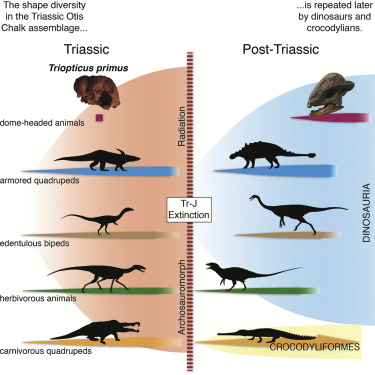 A possible victim of this butcher, as found by Stocker and colleagues, there could be other bizarre crocodiles – the three-eyed reptiles Triopticus primus, whose remains scientists randomly found in the excavations of the town of Otis Chalk, kept in the Museum of Texas in Austin.

This creature looked like in their appearance on pachycephalosaurus – an unusual dinosaur with a thick skull, which paleontologists now believe, allowed them to literally butt heads with each other in the struggle for the attention of females or when establishing leadership in the group. These dinosaurs appeared on Earth only after 100 million years after the extinction Triopticus primus, at the beginning of the Cretaceous period.

According to scientists, the similarity of pachycephalosaurus and the three-eyed crocodile not limited to their appearance. When they are enlightened skull Triopticus primus using x-ray tomography, they found that the bones of this creature were arranged in a similar way as that of the silver carp of the dinosaurs, and the brain had a similar shape and size.

While paleontologists do not know what to eat this creature and what it had, as of the jaw and other parts of the body Triopticus primus has not yet been discovered. However, they believe that this three-eyed reptile tells us that evolution works the same for all living beings on Earth, forcing many of them to acquire a similar appearance and even the internal anatomy, in spite of completely different origin and history of development.