Archaeologists have found the remains of a crucified man 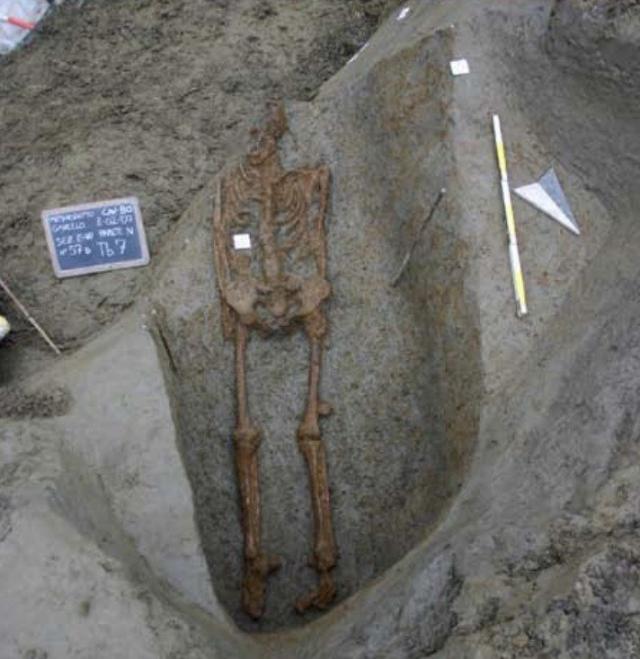 The remains of a man with traces of agonizing death on the cross were discovered by archaeologists in the north of Italy. The age of the bones is 2 thousand years. The man was executed in exactly the same way as Jesus Christ was crucified.

Although crucifixion was a common method of execution during the Roman Empire, the new find is only the second direct evidence of this type of punishment.

The remains of man were found near Venice in 2007. They had characteristic injuries on the calcaneus, proving that his foot was nailed to the cross. His second foot was never found, so, according to experts from universities from Ferrara and Florence, it is impossible to say with 100% accuracy that he was subjected to such an execution. Probably, the right foot found by scientists was nailed directly to a cross or a wooden leg support.

The remains of the man were buried 40 km southwest of Venice in the Havelo commune during the excavations leading to the laying of the sewerage.

The human body was betrayed to the earth without any offerings and was not in the crypt.

Scientists have analyzed the remains that suggested that the man was 30-34 years old at the time of death. He was a lean physique and below the average growth of that time. The researchers suggest that man was a slave who in his childhood lacked food. He was buried without observing the usual rituals for the inhabitants of ancient Rome.

As a rule, the body of the crucified man was left on the cross until it was decayed or eaten by animals. In some cases, the dead were removed and buried. On the wrists of the deceased, no traces of nails were found. Researchers believe that his hands were tied to a wooden crossbar by a rope.

The most mass execution on the cross was the crucifixion of 6 thousand supporters of Spartacus in the I century. BC.