Archaeologists have found the remains of a two-meter prehistoric penguin 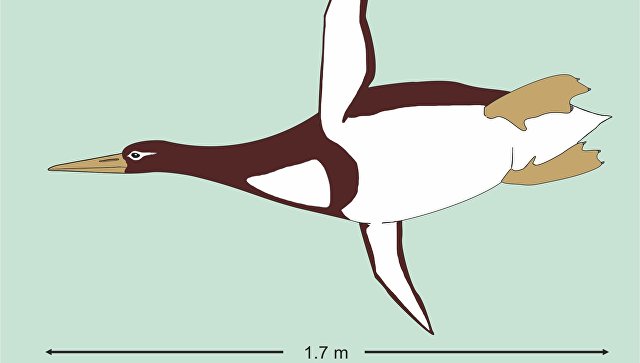 Paleontologists found in New Zealand the remains of another giant penguin 60 million years old, whose weight was about 100 kilograms, and the growth – almost two meters.

“The discovery of such a large penguin, which existed already in the Paleocene, suggests that these birds turned into giants almost immediately after their ancestors moved to life in the water and gave up the ability to fly, so we can say that our discovery proves that today such penguins do not exist because of the appearance of the first marine mammals in the Oligocene and Miocene, “write Alan Tennyson from the Museum of New Zealand in Wellington and his colleagues.

Over the past 50 years, paleontologists have made dozens of discoveries on the territory of New Zealand, Australia and a number of other southern archipelagoes and islands, which have turned the notions of the evolution and appearance of penguins. It turned out that the first penguins were unusually large – for example, the giant penguin kairuku (Kairuku grebneffi), who lived on Earth about 27 million years ago, reached a growth of 1.3 meters and weighed about 60 kilograms. 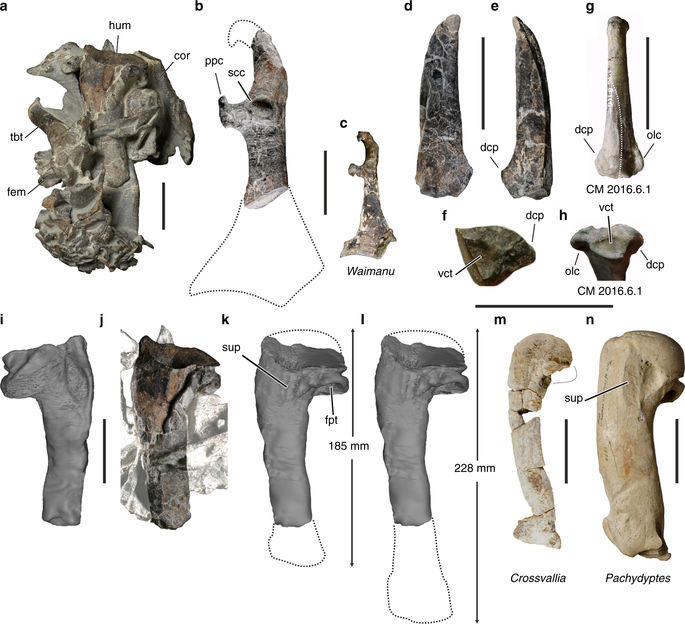 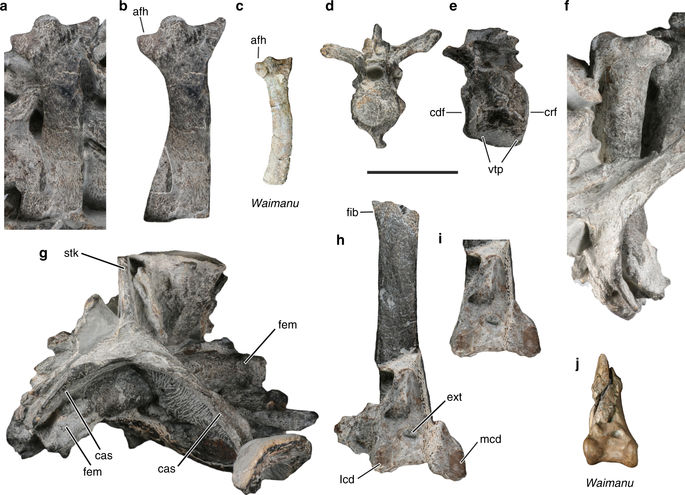 Kairuku and other giant ancient penguins, as Tennyson notes, had a very colorful appearance and a very diverse diet, which led scientists to the idea that the ancestors of modern penguins lost competition to the first modern whales, seals and other marine mammals that appeared on Earth 30-20 million years ago. This led to a sharp reduction in their species diversity and a decrease in their size.

Tennyson and his colleagues have found further evidence that the evolution of these birds could have taken place in this way, studying the deposits of the Paleocene, the first geological era after the extinction of dinosaurs, formed around the city of Otago in southern New Zealand about 59-55 million years ago.

Here, scientists managed to find the remains of an unusually large penguin, whose mass, according to their estimates, reached about one hundred kilograms, and growth – about 1.8 meters. The scientists named it Kumimanu biceae, which means “mythical monster bird” in the Maori language.

As the analysis of these bones has shown, this bird is still the oldest representative of penguins, whose ancestors separated from the general tree of the evolution of these birds, almost immediately after the extinction of the dinosaurs.

This fact and the large size of this bird, according to scientists, indicate that the penguins were originally large creatures. They maintained their gigantic dimensions throughout the time when they dominated the oceans of the Earth and in warm and cold geological epochs, and did not appear on the planet only sporadically, at a time when a warm climate favored it.

Accordingly, they could hardly be shredded for climatic reasons – most likely, the “culprit” of this was the ancestors of whales and pinnipeds, displacing penguins from the largest ecological niches.