Archaeologists have learned how in ancient India fought with drought 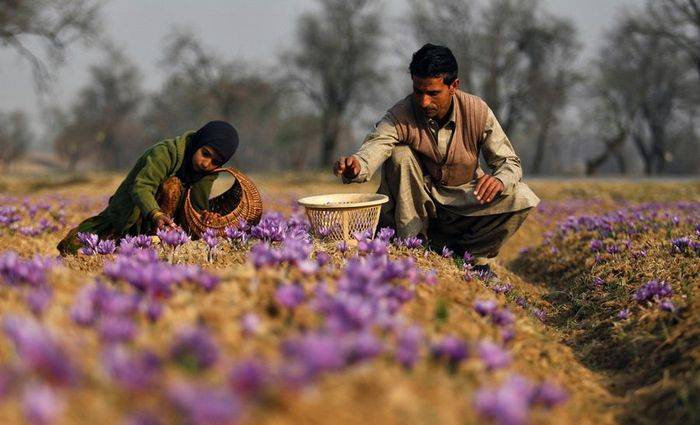 English scientists learned about the unusual technique of Indians, which allowed them to successfully cope with drought over the centuries.

Specialists from the University of Cambridge visited the valley of the Indus River and found there traces of a previously unknown method of processing crops. As a result of the excavations it was found out that up to 2200 BC local people cultivated several types of different cultures in parallel. So, the Indians simultaneously grew different kinds of vegetables and cereals. At the same time, the landing was in the area where the summer and winter seasons intersected.

This method was due to the constant fluctuations in the climate, because of which abundant rains in India were followed by prolonged droughts.

After analyzing the water access to the sites of planting, the scientists found that representatives of the ancient Indian civilization settled on those lands where the summer and winter rainy season crossed. Thanks to this, the Indians could replace the unsuccessful summer harvest in winter, which grew during the monsoon period.

This method residents used until the 2200-ies BC.
Then, for almost three centuries, the level of precipitation decreased, and the climate stabilized. Due to the fact that the monsoons have weakened, the lake of Kotla-Dahar has dried up, and the area around it has become empty, and people who lived along the coast began to leave for other parts of the country.

For a long time near this lake was one of the largest cities of the Indian civilization – Rakhgari.