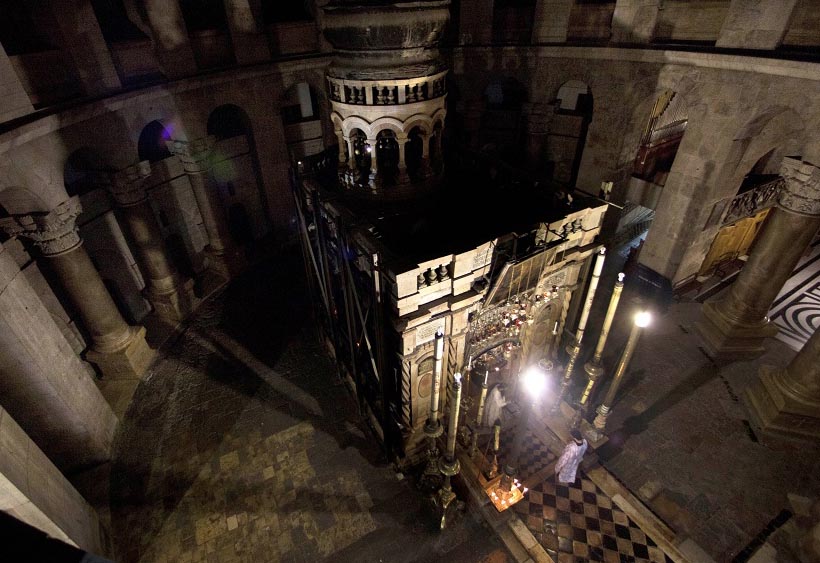 The researchers found a large number of stone material under a marble slab, which was established in 1555. According to archaeologist Fredrik Hiebert of the National geographic society, still a lot of research, but, ultimately, scientists will be able to see what was the original surface of the stone where, according to tradition, rested the body of Jesus Christ.

The sepulchre is enclosed within the aedicule (Edicule) — domed chapel made of yellow-pink marble. The current Edicule restored in the years 1809-1810 by the project of the Greek architect, Nicholas Comyn. Now there are restoration works under the guidance of Antonio Maropolo from the National technical University of Athens, expert in the field of preservation of monuments and building materials.

According to scientists, the opening of the tomb will allow the archaeologists to figure out why St. Helena, which carried out excavations in Jerusalem, decided that this tomb is the burial place of Christ.

Saint Helena (Flavia Julia Helena August) — the mother of Constantine I, who ruled the Roman Empire from 306 to 337 in the year of our era. It is believed that during her pilgrimage, she discovered the Holy Sepulchre, the true Cross and other Christian relics.