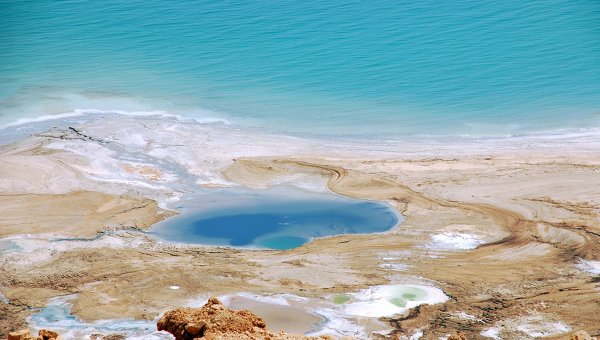 Israeli archaeologists are going to explore the hundreds of caves in the desert the mountains bordering the Dead sea, to save from looters historical values which can stay there, said the antiquities Department. Scientists say that the main purpose of the unprecedented scale of the excavations the ancient manuscripts. Thousands of fragments were found in this the district, among them — the earliest known samples of biblical texts.

“For many years the most important treasures of our historical and cultural heritage became the objects of illegal excavations and predatory looting in the caves of the Judean desert. The aim of the national plan, which we promote, is to unearth and find all remaining in the caves of the scrolls is to save and preserve their forces state”, — explains the General Director of the antiquities authority Israel’s Yisrael Hasson.

In these caves 70 years ago, the shepherds, the Bedouin discovered the first and the famous Dead sea scrolls, known as Qumran manuscripts. Among them were the texts of the old Testament books of the Bible the Apocrypha, the literature describing the life of the Jewish sect of the Essenes. The documents are dated III-I centuries BC, and now as the greatest the heritage of Israel kept in the national Museum of the country.

Scientists believe that in the mountains of the Dead sea is a lot historical values and Israeli law enforcement agencies regularly detain illegal diggers by removing their ancient artifacts.

“In those rocks hundreds of caves, the entrance is difficult and dangerous. But almost each cave that we examine, there are traces of illegal invasion. It’s just heartbreaking. The loss of ancient monuments causes irreparable damage, which cannot be tolerated,” says Amir Ganor, who heads the antiquities authority Department of struggle with the theft of historical treasures.

A comprehensive study of the mountains began with the cave of skulls, which it is located 80 metres below the top of the mountain, and 250 metres from its foot. Scientists had to obtain environmental special permission to build trail, movement on which is still requires safety equipment. “In the works involved more than 500 volunteers and field staff from Israel and from abroad, which living in a camp in the desert. Many people had to refuse due to the limitations of the infrastructure,” — said in a press release from the office of antiquities.