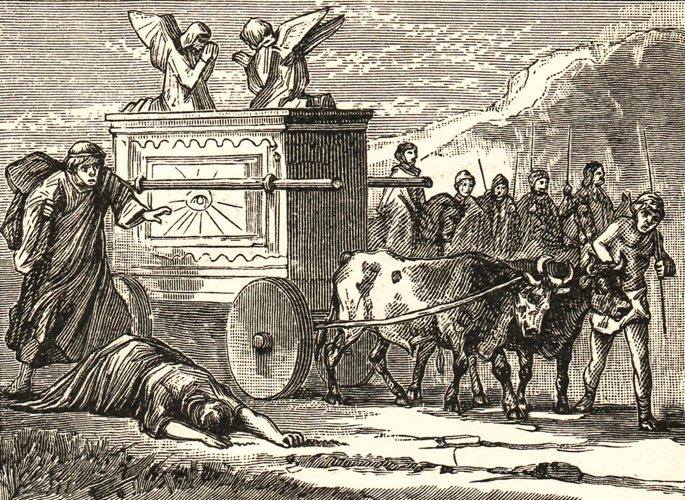 In 2017 scheduled to start archaeological work in a small Israeli town Kiryat Yearim, which is famous for being in this place, according to the Bible, for twenty years the ark of the Covenant.

An ancient city mentioned in the books of Joshua and 1 Samuel. Only the Bible is found more than a dozen references to Kiryat Yearim related to the reign of the Israeli Judges and king David. From the point of view of archaeology it is time to the Iron age.

Scientists suggest that the ancient settlement was located near the modern town of Abu Ghosh is 10 kilometers West of Jerusalem, on the slopes of the hill on which today is a Benedictine monastery Deir El-Azar.

This place is important for several reasons. It is a large area in the Central part of the Jerusalem hills, which had never before explored. Perhaps Kiryat Yearim] is the only place in Judaea of critical importance where there hasn’t been systematic archaeological excavations.

It is reported that the excavations will be concentrated around the monastery built on the ruins of an earlier Byzantine Church. I. Finkelstein suggested that a large part of the ancient ruins have survived relatively intact.

Kiryat Yearim mentioned in various places in the Bible as the place of old, had religious significance for the locals. In the book of Joshua it appears under the title Kiryat Baal, Kiryat BA’al or Baal in Judah. It is assumed that in these places was a widespread cult of Baal, and in Kiryat Yearim was one of the pagan shrines dedicated to this God.

According to the Book of Samuel after the Philistines seized the ark of the Covenant during the battle with the Israelites were afflicted, they returned to the Jewish Shrine, and for 20 years the Ark was kept in Kiryat Yearim. The Shrine was stored in the house of Abinadab. The Bible describes these events: “And it came to the inhabitants of Kiriath jearim took the ark of the Lord, and brought it into the house of Abinadab on the hill, and Eleazar his son, ordained that he kept the ark of the Lord. On the day that the ark remained in Kiriath set up camp near a long time elapsed, twenty years” (1 Samuel 7:1-2).

In the second Book of kings tells how the Ark was transported to Jerusalem: “and they rose up And went David and all the people… to bring thence the ark of God… And they set the ark of God on a new cart and brought it from the house of Abinadab…” (2 Samuel 6:23).

Modern Kiryat Yearim is a small town, whose population (about 4 million people) are ultra-Orthodox Jews. In the nearby village of Abu Ghosh in the first half of the XII century, the crusaders built the Church of the Resurrection. They associated this place with the gospel of Emmaus mentioned in the gospel of Luke.

“Modern Kiryat Yearim is a small town, whose population (about 4 million people) are Orthodox Jews”… Tell me, does anyone proof read for you?

A small town whose population is about 4 million people? What do you consider a large city’s population to be, old sport?