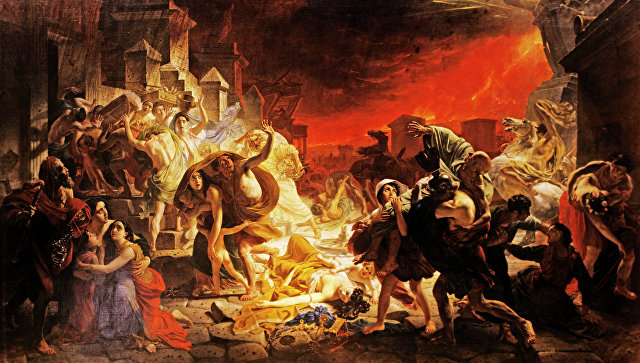 A group of archaeologists from Italy examined the remains of those who died as a result of the eruption of the volcano Vesuvius in 79 AD and found out that most of them had a head blast. Their research is published in the scientific journal Plos One.

The eruption of Vesuvius was one of the most devastating catastrophes in history, as a result of which the elements in two days destroyed the ancient Roman cities of Pompeii, Herculaneum and Stabiae, located closest to the foot of the volcano.

In their work, scientists studied the bones of those killed in the city of Herculaneum and found out that their death was instantaneous. They revealed on the bones and inside the skulls of the dead a mineral sediment of red and black colors. Chemical analysis of the substance showed that it contains a lot of iron and its oxides.

According to scientists, this finding suggests that the blood of people began to boil and instantly turned into steam. “This effect seems to be the outcome of the simultaneous direct exposure to high temperatures and the intracranial pressure of steam caused by boiling of the brain and an explosion of the skull as a result,” they write in the article.

In addition, the researchers noted that during the eruption, many city residents tried to escape from lava, the temperature of which ranged from two hundred to five hundred degrees Celsius, in the coastal strip, but in the end they all fell into a trap and died.